Street lighting may help rather than hinder vehicle crime 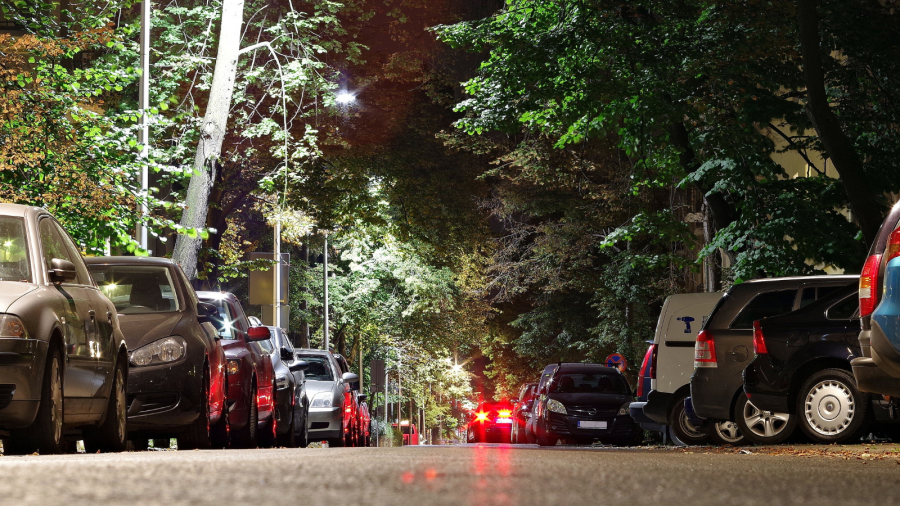 Fewer cars are broken into at night on roads with part-night lighting (PNL), where street lights are switched off between midnight and 5am, suggests new NIHR-funded research in the Journal of Quantitative Criminology.

The study team, led by the London School of Hygiene & Tropical Medicine (LSHTM) and UCL, and funded by NIHR, examined detailed police recorded crime data from Thames Valley Police and data on changes to street lighting from April 2004 to September 2013.

Interestingly, this coincided with a similarly significant 1.5x increase in vehicle crime on nearby streets where the lighting remained on all night, suggesting some criminals are deciding to move to better-lit streets nearby.

However, fewer crimes were ‘displaced’ to these nearby locations, meaning there was an overall net reduction in crime. Thefts of vehicles was also reduced but this was not statistically significant.

There was no evidence that lighting changes were associated with changes to the levels of violence, robbery or residential burglary.

Dr Phil Edwards, from LSHTM and LANTERNS Project Leader, said: “The reason we did this research is because many local authorities in the UK have introduced part-night lighting on quiet, urban residential roads and rural roads, which have very little use after midnight, to save energy costs and reduce carbon emissions. However, safety concerns about this policy have been raised.

Professor Shane Johnson, Director of the Dawes Centre for Future Crime at UCL, and Deputy Head of Department at the UCL Department for Security and Crime Science, said: “Research studies such as this can help us to better understand crime and security issues. The study findings suggest that energy saving street lighting adaptations have not increased crime in the streets studied. This is very encouraging but it is important to note that it does not mean that this will be the case under all conditions, and so changes to lighting should be managed carefully.”

In this study, the team evaluated  the impact on crime from changes to street lighting at street level. In  contrast  to  previous  studies,  the  changes  to  street  lighting involved reducing  rather  than  increasing  lighting  provision.  Three  different types of lighting changes: PNL, dimming, and white light  were examined for five crime categories: residential burglary, robbery, vehicle crime and violence.1

The team used crime data from Thames Valley Police, together with data on changes to street lighting in the local authorities in Oxfordshire, Reading, West Berkshire. Over the ten-year study period there were 283,275 crimes, of which 79,000 (28%) were vehicle crimes.

After controlling for the underlying long-term and seasonal trends in crime, the team found that theft from vehicles considerably  reduced  on  street  segments where street lighting  was  switched  off at midnight.

For  street  segments  with dimmed lighting  there  was  also  evidence  of  a  reduction  in  night-time  vehicle  crime  relative  to  day-time  crime,  although  the  effect  was  less  robust  than  for  PNL. There was no evidence that white lighting was significantly associated with changes in any  type  of  night-time crime examined by the researchers.

Dr Edwards said: “We didn’t set out to find the reasons for the observed changes, but it is possible that when lighting is switched off after midnight, offenders consider that the costs of committing a crime, such as using a torch that could raise suspicion among residents, outweighs the benefits.

“When lighting is switched off after midnight the streets are likely to be in near darkness, which means that any would-be offenders may find it challenging to see if there are any valuable goods left unsecured in vehicles, so offenders may choose to move elsewhere to fulfil their intentions.”

Steve Fotios, Professor of Lighting and Visual Perception, University of Sheffield, said: “The public provision of artificial light at night should be based on the best available evidence of its effects on public health and safety. We need to be sure that lighting achieves the goals that we assume it will achieve when following lighting design guidance. The reduction in vehicle crime found by this study is surprising; further empirical research is needed to evaluate optimal light levels for residential streets after dark.”

Peter Harrison, Technical Director, Institution of Lighting Professionals, said: “The way people use spaces is complex and multifaceted. This report looks at part of the picture and its valuable findings are just one piece of a bigger jigsaw. However, this should not be seen as a ‘one-size-fits-all’ solution. The report also did not mention the impact that lack of lighting had on the elderly and more vulnerable in society— their fear of crime and their reluctance to leave their homes at night.”

The authors acknowledge limitations of the study, including that the findings reported are for only one of the 43 UK police force areas and so the findings may not be generalisable to the national level. Also, for some crime reports the exact time of an offense was unknown, so some vehicle crimes may have occurred either before the lights were switched off, or after they were switched on again.

The LANTERNS project was commissioned by the National Institute for Health Research (NIHR) to assess the impact of street lighting reductions on two important public health outcomes: road traffic injuries and crime.