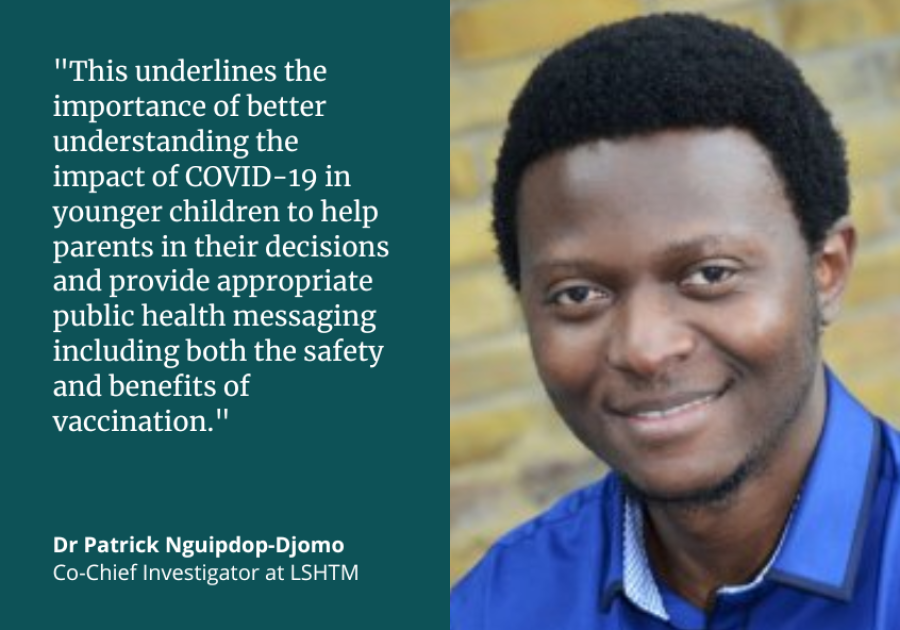 New data from the School Infection Survey (SIS) found that an estimated 99% of secondary school pupils and 82% of primary school pupils tested positive for COVID-19 antibodies between 3-25 March 2022.

This final round of testing found significantly higher antibody prevalence in both primary and secondary students compared to the last round of testing between 10 January and 2 February 2022, when 97% and 62% of secondary and primary school students, respectively, tested positive for antibodies.

The study also found that over three in four (78%) of children aged four to seven years tested positive for antibodies.

During the third round of testing for antibodies as part of the SIS project, which is jointly led by the London School of Hygiene & Tropical Medicine (LSHTM), Office for National Statistics (ONS) and UK Health Security Agency (UKHSA), 10,109 students from 116 primary schools and 52 secondary schools took part.

The pupil antibody test used in SIS was based on oral fluid collection, a non-invasive alternative to collecting blood and more suitable for self-administered use by children.

However, this test is less sensitive (estimated at 80%) and antibody levels are less concentrated in oral fluid samples compared to blood, so some pupils who previously tested positive for SARS-CoV-2 antibodies may test negative. Therefore, the results cannot be used as a measure of prior COVID-19 infection over a long time period.

Dr Patrick Nguipdop-Djomo, co-chief investigator of the study at LSHTM, said: “There has been a small increase in secondary school students testing positive for COVID-19 antibodies, around 99% compared to 97% in the second round of testing in January and February 2022. This rise in antibody prevalence was larger in primary school students, increasing from 62% in the last round of testing to 82% in this round. It is not surprising that we are seeing this increase in antibody prevalence in primary schools, given it is consistent with the high rates of children infected with the Omicron variant during the spring term.”

The study also used surveys to gather data about vaccine sentiment amongst parents of students. It found that less than one in 10 (6%) of primary school pupils has received at least one vaccine against COVID-19 during March 2022.

The proportion of primary school pupils who were unvaccinated and whose parents said they were 'unlikely' to agree to their child being vaccinated significantly increased from 24% in round 1 (December 2021) to 36% in round 3 (March 2022).

Of secondary school pupils, the proportion of those who were unvaccinated and who reported being ‘unlikely’ to agree to receiving a vaccine was similar in round 3 to in round 1, 13% and 15% respectively.

Dr Nguipdop-Djomo added: “The vaccine sentiment data suggests that the majority of secondary school students who said they were likely to get the vaccine in December did indeed get the vaccine. Parents of primary school students who said they were ‘unlikely’ to vaccinate their child has increased by 12%, with many saying they do not think their child need the vaccine or they are waiting to see how the vaccine work. This underlines the importance of a better understanding of the impact of COVID-19 in younger children to help parents in their decisions and provide appropriate public health messaging including both the safety and benefits of vaccination.”

Fiona Dawe, Deputy Director, Wider Surveillance Studies at the ONS, said: “Today’s data shows a significant increase, from January to March this year, in the number of pupils with COVID-19 antibodies, with nearly all secondary school pupils and most primary school pupils likely to test positive for antibodies.

“Though we cannot say for certain, it is likely these increases have been driven by the more transmissible Omicron variants becoming dominant across the UK, as well as the continuing vaccine programme for secondary school-aged pupils.

“I would like to thank every pupil, parent and headteacher who have taken part in the Schools Infection Survey over the last two years, your contributions have been invaluable.”

Dr Georgina Ireland, Senior Epidemiologist at the UK Health Security Agency, said: “This study shows that the majority of primary and secondary school pupils had COVID-19 antibodies in March 2022.

“Most children and young people with COVID-19 experience mild symptoms and a short period of illness, and those with persistent symptoms will improve with time.

“Thank you to all the children, families and schools who have taken part in this survey and provided valuable insights and furthered our understanding of COVID-19 in education settings.”