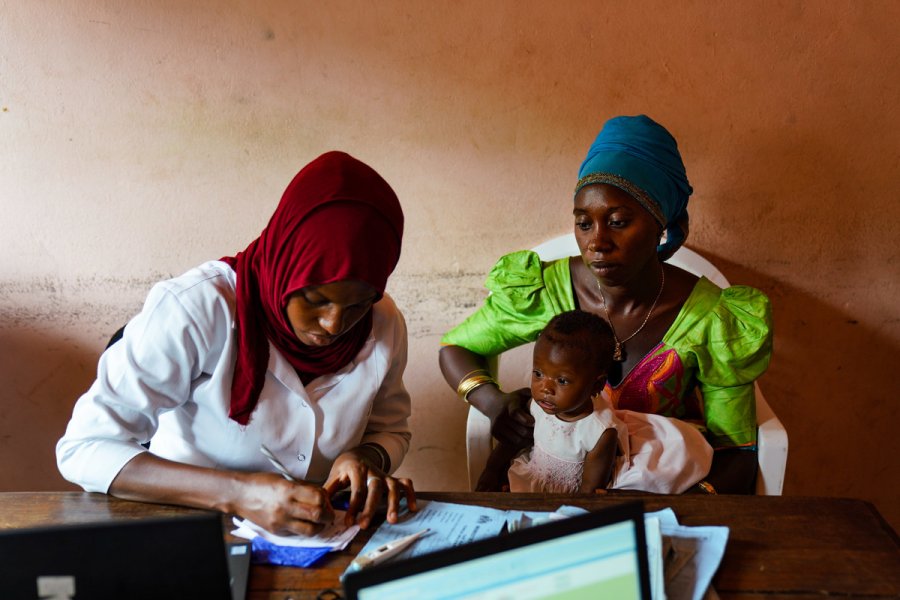 Introduction of the pneumococcal conjugate vaccine (PCV) to childhood routine vaccination in The Gambia reduced severe infections associated with pneumococcal disease, according to new research published in The Lancet Infectious Diseases.

The Pneumococcal Surveillance Project (PSP) showed that, among children aged 2-59 months, the use of PCV in The Gambia reduced incidence of severe pneumococcal pneumonia, sepsis and meningitis in children by 80%. The introduction of the vaccine was also found to reduce very severe pneumonia by 60% and zero cases of vaccine-type invasive pneumococcal disease were detected in the 2-11 month age group in 2016 to 2017.

The study was carried out in collaboration with the MRC Unit The Gambia at the London School of Hygiene & Tropical Medicine (LSHTM), Ministry of Health in The Gambia, Medical Research Council (MRC), University of Otago, International Vaccine Access Centre at Johns Hopkins University, Murdoch Children’s Research Institute in Melbourne, and the Program for Appropriate Technology in Health in Seattle.

Globally, it is estimated that childhood deaths due to pneumococcal disease (caused by a bacteria called Streptococcus pneumoniae) have fallen from 826,000 in 2000 to around 318,000 in 2015. Unfortunately, most of these deaths occur in Africa.

The surveillance was conducted over a 10-year period in Basse, rural eastern Gambia, screening 26,401 outpatients or inpatients at health facilities. This study shows the real-life long-term impact of the routine introduction of PCV in a developing country. Compared to the earlier findings of PSP after four years of vaccine use, these findings indicate that the beneficial impact increases with longer term use.

Reducing the rate of pneumococcal disease will not only save lives but also reduce the substantial economic burden it has on families and health systems. The researchers hope these findings will bolster confidence in countries that have introduced PCV into their EPI programs and encourage countries that have not yet adopted this life-saving vaccine to do so.

Dr Grant Mackenzie, from the MRC Unit The Gambia at LSHTM and who led this research, said: "The PSP results should reassure EPI programmes in low-income countries that spending money on PCV, and delivering the vaccine with reasonable coverage, will substantially reduce rates of disease and save lives.”

The researchers acknowledge the limitations of this study, including low proportions of children who received at least two doses for several months after vaccine introduction.

The PSP was funded by the Global Alliance for Vaccines (Gavi), the Immunisation’s Pneumococcal Vaccines Accelerated Development and Introduction Programme, the Bill & Melinda Gates Foundation, Pfizer Ltd. and the MRC.

Grant A Mackenzie et al. Impact of the introduction of pneumococcal conjugate vaccination on invasive pneumococcal disease and pneumonia in The Gambia: 10 years of population-based surveillance. The Lancet Infectious Diseases. DOI: 10.1016/S1473-3099(20)30880-X