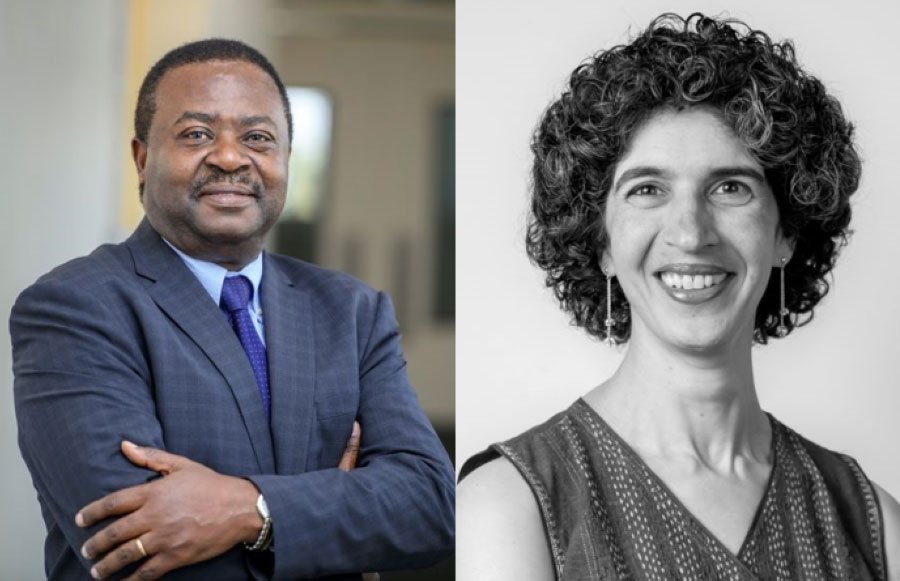 We are delighted to announce that two eminent scientists from the London School of Hygiene & Tropical Medicine (LSHTM), Professors Pontiano Kaleebu and Helen Weiss, have been elected Fellows of the Academy of Medical Sciences.

They are two of 50 new Fellows announced by the Academy today, chosen for their exceptional contributions to advancing biomedical science via world-leading research discoveries, running national science communication and engagement programmes and translating scientific advances into benefits for patients and the public.

Professor Pontiano Kaleebu is the Director of the Uganda Virus Research Institute (UVRI) and of the MRC/UVRI and LSHTM Uganda Research Unit, where he heads the Pathogen Genomics, Phenotype and Immunity programme. He is also a professor of immunovirology at the LSHTM. His main research interest has been in understanding protective immune responses that could lead to the development of an HIV vaccine and he was one of the investigators in the first HIV vaccine trial conducted in Africa. He also leads the HIV drug resistance Technical Working Group in Uganda and his programme hosts the National HIV drug resistance reference laboratory.

Professor Kaleebu said of his appointment: “I am greatly honoured to have been elected to the Academy. For nearly 30 years, I have had the opportunity to participate in research of different viral diseases but mostly HIV, studying the virus and the immune responses to contribute to HIV vaccine development and I have participated in many intervention studies, especially HIV vaccine trials. I have been privileged to meet and work with many dedicated scientists without whom I would not have made these contributions.

“I wish to acknowledge the different funders of my work especially the Medical Research Council of the UK, my major institutions, the LSHTM and its MRC Unit in Uganda and the Uganda Virus Research Institute. The past few months have been one of the most challenging in my career, as I play a very pivotal role in confronting the new SARS-Cov-2 pandemic.”

Professor Helen Weiss is a Professor of Epidemiology and Director of the MRC Tropical Epidemiology Group at LSHTM, with a focus on research into HIV, mental health, sexual health and adolescent health in low- and middle-income countries. She has long-term collaborations in Zimbabwe, Uganda and India, and focuses on intervention trials delivered by trained lay health-workers – for example to improve uptake of HIV testing, linkage-to-care and treatment adherence among young people, and to effectively treat depression, anxiety and alcohol use disorders through talking therapies.

Professor Weiss said: “I am deeply honoured to have been elected as a Fellow of the Academy of Medical Sciences. I have been very fortunate to have worked at LSHTM for over 20 years, at a job that I love. I learn every day from colleagues who are rigorous in their research and passionate about improving global health for vulnerable communities worldwide. I would like to acknowledge the excellent professional support staff in our Group, and our research funders, especially the Medical Research Council for their long-standing commitment.”