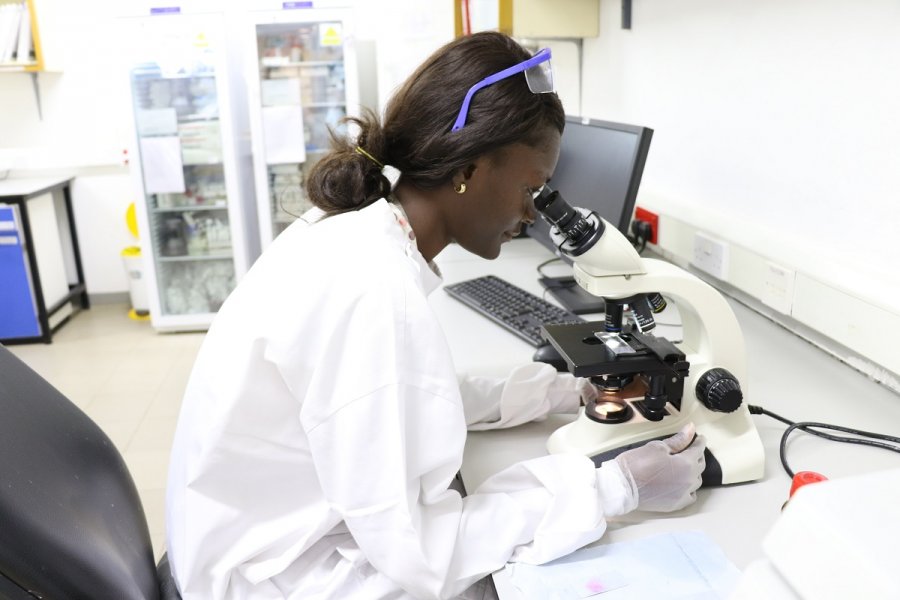 On 1 February, the MRC Unit The Gambia and the MRC/UVRI Uganda Research Unit will formally join LSHTM. The transfers will build on the existing strong relationships between LSHTM and both Units, ensuring even stronger scientific collaboration as well as new career opportunities for researchers.

"By working even more closely together, innovative and collaborative research projects can be developed which are needed to tackle major global health issues." - Peter Piot

Medical Research Council Units are focused investments established to support a pressing scientific need or to deliver a particular research vision. These transfers are part of the MRC’s long-term programme of transferring Units into a host University in order to bring strategic benefits to both parties. The majority of MRC Units are in the UK and have already been transferred.

Professor Peter Piot, Director of the London School of Hygiene & Tropical Medicine, said: “I am delighted to welcome the Units and their talented teams into LSHTM. The new partnerships present major opportunities for all three institutions’ staff and research output. Our School becomes more global than ever and increases its access to research facilities and skilled researchers based ‘on-the-ground’, while the Units will reap the benefit of LSHTM’s global reputation and wide-ranging expertise. By working even more closely together, innovative and collaborative research projects can be developed which are needed to tackle major global health issues.”

Professor Sir John Savill, Chief Executive Officer of the Medical Research Council, said: “I’m excited by the prospect of our units in Uganda and The Gambia becoming part of a new ‘family’, especially one that is world renowned for its work in global health.  We know from experience that transfers like these are uniformly positive; transferred units are more successful in winning additional funding and their collaborations with partners increase. MRC researchers benefit from having the university working to nurture the research leaders of the future. I hope that early career researchers in particular will see a stronger career path for themselves as a result of this partnership.”

MRC Unit The Gambia and LSHTM have a well-established working relationship and have collaborated on numerous trials and projects for nearly 70 years. These include the evaluation of insecticide-treated bed nets for malaria control and of several vaccines, including the pneumococcal conjugate vaccine, the hepatitis B vaccine, and the Haemophilus influenza type b vaccine. The transfer means the Unit is now called the Medical Research Council Unit The Gambia at the London School of Hygiene & Tropical Medicine (MRC Unit The Gambia at LSHTM).

“I’m excited by the prospect of our units in Uganda and The Gambia becoming part of a new family." - Sir John Savill

Professor Umberto D'Alessandro, Director of MRC Unit The Gambia at LSHTM, said: “We have existing and strong collaborative links with the LSHTM; some of our researchers are already affiliated to this prestigious institution. I am confident that joining LSHTM formally will increase and strengthen our high quality research, as well as offer more training and networking opportunities for scientists of both institutions.”

The relationship between MRC/UVRI and LSHTM dates back to the Uganda programme’s initiation in the 1980s at the height of the HIV epidemic. Both institutions enjoy long-standing collaborations including the Tropical Epidemiology Group and the ALPHA network, and LSHTM is instrumental in the Unit’s capacity building programme with various staff undertaking post-graduate training at LSHTM. Following the transfer, the Unit is now called the Medical Research Council/Uganda Virus Research Institute and London School of Hygiene & Tropical Medicine Uganda Research Unit (MRC/UVRI and LSHTM Uganda Research Unit).

Professor Pontiano Kaleebu, Director of MRC/UVRI and LSHTM Uganda Research Unit, said: “We are excited to join LSHTM and are optimistic about the numerous opportunities the partnership will provide to research teams both at the Unit and at the School. The transfer not only offers a wider platform for our researchers to train, practise and collaborate, but increases capacity and access to resources to undertake more cutting-edge medical research.”