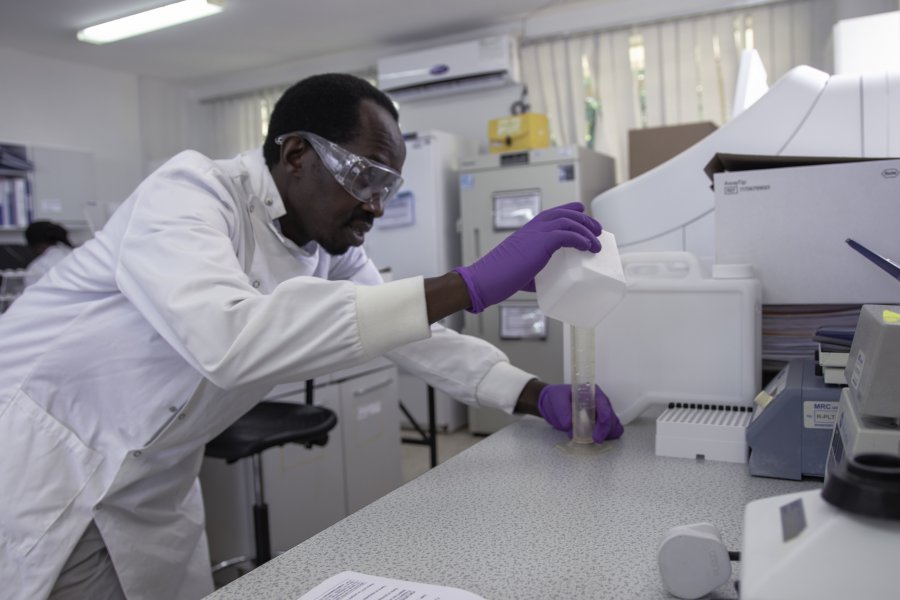 Around a quarter of the genetic variation identified in the new study, published in the journal Cell, had not been discovered before. The study also found a higher level of genetic diversity in the Ugandan population than is seen in similar studies of European populations.

The research was carried out by partners including the London School of Hygiene & Tropical Medicine (LSHTM) and MRC/UVRI & LSHTM Uganda Research Unit.

Lead author Dr Deepti Gurdasani from Queen Mary University of London said: “Most population genetics studies involve Western populations. We developed a rich, diverse resource using genome wide data from 6,400 Africans, including whole genome sequencing of nearly 2,000 people. Other researchers can use this data to improve the detection of genetic causes of disease – particularly those that disproportionately affect Africans and people with African ancestry.

“Modern Uganda appears to be a complex mosaic of many different communities that have migrated from surrounding regions – and from Europe and the Middle East. These migrations appear to have taken place regularly and date from just 300 years ago to around 2500 BC.”

The research team collected and analysed genome-wide data from 6,400 people from a rural community in Uganda. The team also incorporated data on 14,000 individuals from different parts of Africa. This allowed them to examine genetic determinants of traits within the population.

The combined study identified new genes associated with several diseases. These included ten new associations, of which nine are only found in Africans and would therefore not have been found in even the largest study involving Europeans.

These discoveries included a genetic variant that causes thalassemia present in 22% of Africans, which is associated with glycated haemoglobin, an indicator commonly used in the diagnosis of diabetes. This particular variant is thought to have become more frequent among African populations because it can prevent severe malaria.

Lead author Dr Segun Fatumo, Assistant Professor of Genetic Epidemiology & Bioinformatics at LSHTM and a senior scientist at MRC/UVRI & LSHTM Uganda Research Unit, said: “Our study is a major initiative at the cutting-edge of precision medicine. Discovering novel genes that are linked to common and complex diseases found in Africa could pave the way for new ways to diagnose, prevent and treat them. I am delighted to have played a lead role in identifying them.”

Lead investigator, Professor Pontiano Kaleebu, who is the Director of the MRC/Uganda Virus Research Institute & LSHTM Uganda Research Unit, said: “Africa is central to our understanding of human origins, genetic diversity and disease susceptibility. There is a clear scientific and public health need to develop large-scale projects that examine disease susceptibility across diverse populations across the continent. That work should be integrated with initiatives to improve research capacity in Africa.”

The researchers hope this work will trigger larger and more diverse studies of genetic causes of disease across the region and the development of new treatments that will benefit both those living in Africa and people of African descent around the world. The study underscores the importance of having globally diverse participant cohorts in genetics research.

Before this project, which was largely funded by the United Kingdom’s Medical Research Council and Wellcome, only a few hundred whole genome sequences of African people had been completed. Researchers largely relied on genetic data from African-Americans which does not reflect the continent’s full diversity.

The data was collected by researchers from universities and research institutes from Africa and the UK, led by Queen Mary University of London and including the University of KwaZuluNatal, MRC/UVRI & London School of Hygiene & Tropical Medicine Uganda Research Unit, the US National Institute of Health and the University of Cambridge.