How did lockdown affect people’s sex lives in Britain? 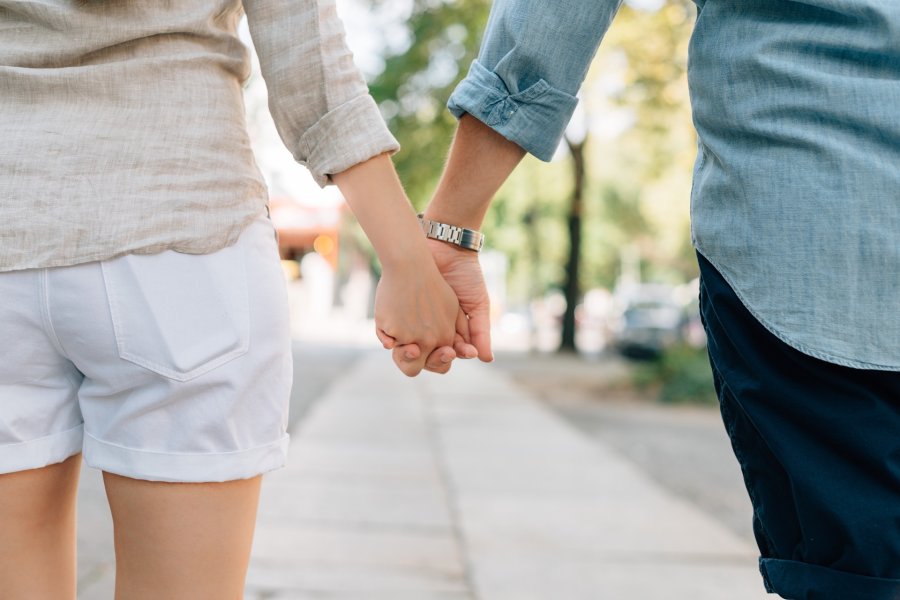 Lockdown affected people’s sex lives in a variety of different ways with young people reporting the greatest changes, according to a new study, published today in BMJ Sexually Transmitted Infections.

The study, led by University College London (UCL) and the University of Glasgow in collaboration with the London School of Hygiene & Tropical Medicine (LSHTM) and NatCen Social Research, is the largest national study of sexual behaviours since the beginning of the pandemic.

The researchers used data from 6,654 people aged between 18 and 59 who took part in a Natsal-COVID web-panel survey, collected between 20 July and 10 August 2020. Participants were asked a series of questions about their sexual behaviour (including physical and virtual activities) during the first four months of lockdown.

This study is part of a long-standing collaboration between LSHTM, UCL, University of Glasgow and NatCen Social Research – the Natsal project, one of the largest scientific studies of sexual health and lifestyles in the world. The surveys have been carried out every 10 years since 1990 to reveal the changing sexual attitudes and behaviour of the British population.

Professor Cath Mercer, from UCL Institute of Global Health and co-first author of the paper, said: “During the first nationwide lockdown, many people in Britain were unable to have intimate contact with anyone outside their household and we wanted to find out how this affected their sexual behaviour.

“What we found was a very varied picture depending on people’s circumstances at the start of lockdown: for some people, their sex lives improved, for some it stayed the same, while for many it got worse. Although many adults, especially if they were living with a partner, continued to be sexually active and reported little change, for those who didn’t live with someone, Covid-19 restrictions were particularly detrimental.”

Dr Clare Tanton, Assistant Professor at LSHTM, said: “The pandemic has affected all of us in many different ways – physically, mentally, financially. It is not surprising that sexual behaviour changes were experienced unequally across Britain, with younger people and those not cohabiting more likely to perceive negative changes in frequency and satisfaction as a result of COVID-19.

“This is early research and we don’t yet know the long-term effect these changes could have on people – their sexual behaviours, mental health, relationships and more. We hope to further explore the longer-term impacts of the pandemic on sexual behaviour through the next Natsal survey, when we will be able to collect nationally representative data on sexual behaviours, health and relationships. This work is important both to understand longer-term consequences of the pandemic on this important aspect of people’s lives, but also for health services.”

Altogether, 63% of adults reported having physical sex with someone after lockdown started, and of those people, three quarters (76%) said they were in cohabiting relationships. When participants were asked how often they engaged in sexual activities, around half of all participants said there was no change in the number of times they had sex with a partner compared to the three months before lockdown.

Soazig Clifton, Academic Director from UCL Institute for Global Health and NatCen Social Research and joint co-first author, said: “Although there were some young people who felt their sex lives had improved, young people were more likely to report having sex less often and being less satisfied with their sex lives than they had been before lockdown started.

“This is likely to be at least, in part, because young people are less likely to be living with partners and were unable to meet sexual partners when restrictions were in place. Time will tell whether these changes in sexual behaviour during the first lockdown translate into long-term shifts in behaviour, or whether there is a ‘rebound’ effect with people making up for lost time.”

Professor Kirstin Mitchell, from University of Glasgow and joint senior author, said: “Physical touch is a fundamental human need and crucial in developing intimacy. Virtual ways of being sexual can feel less satisfying because they don’t allow that. We found the reduction in opportunity to give and receive intimate touch was not experienced equally across the population.”

The authors note a key strength of the study was that it was designed to be broadly representative of the British population but say there were some limitations including that it was a web-panel survey and so only included those with internet access. The lack of pre-pandemic baseline data limited the researchers’ ability to quantify change and so the data are based on people’s ability to remember activities.

They also note the observed shift in some people reporting more engagement in virtual activities has implications for sexual and reproductive health.

Prof Mercer added: “Whilst a lack of physical interaction with a partner may have a detrimental impact on sexual satisfaction and people’s well-being, it may also bring public health benefits such as a decline in the transmission of sexually transmitted infections.”

The Natsal Resource is supported by Wellcome with contributions from the Economic and Social Research Council (ESRC) and National Institute for Health Research (NIHR). The UCL Coronavirus Rapid Response Fund and the MRC/CSO Social and Public Health Sciences Unit also supported the Natsal Covid-19 survey.