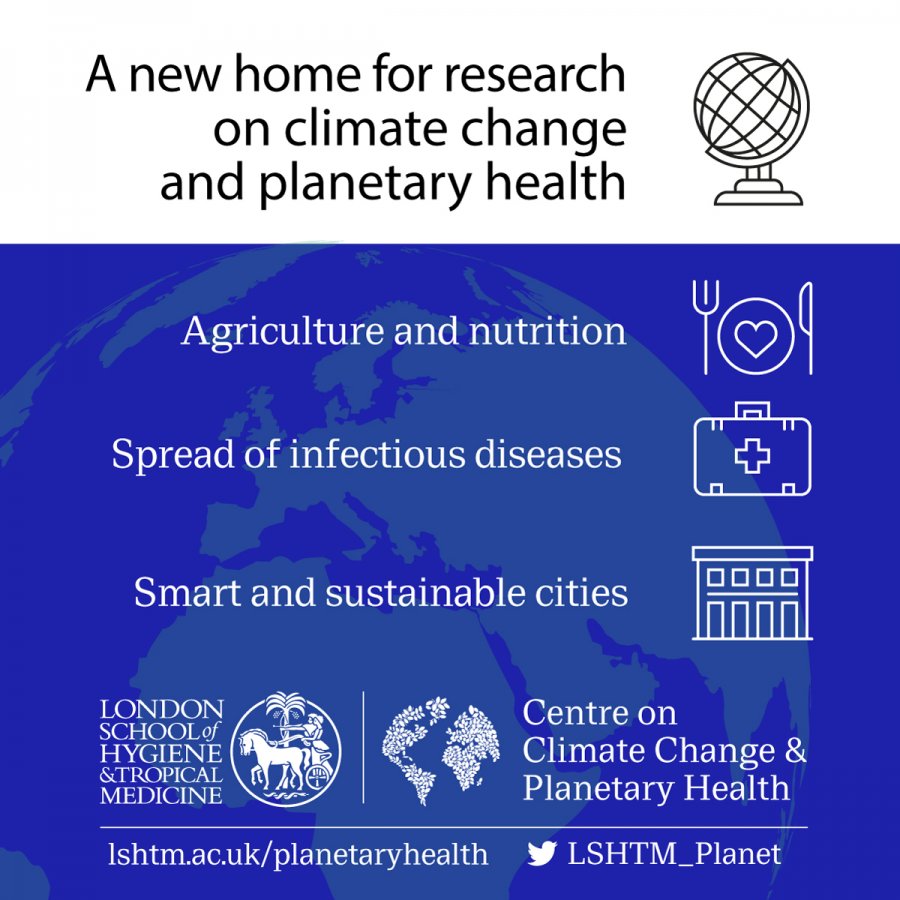 A high dependency on imported fresh food, coupled with failure to act on climate breakdown, is risking national food security, according to a new Environmental Audit Committee report Our Planet, Our Health.

The Planetary Health inquiry considered the effect of environmental damage and climate change on health, food security, life in cities and air quality. It was supported by Professor Alan Dangour, Director of the LSHTM Centre on Climate Change and Planetary Health and a Specialist Advisor to the Committee. It highlights the extent to which climate change could affect the health and well-being of the UK’s population.

The report calls for Ministers to publish immediately all information relating to food security and cost risks associated with a no-deal Brexit, Public Health England to broaden its key performance indicators to include climate resilience and adaptation measures to tackle emerging diseases, and for city dwellers to be given access to healthy, sustainable food.

Professor Alan Dangour said: “This ground-breaking report provides a clear set of evidence-based recommendations for government action to improve public health while safeguarding the planet for future generations. Published by the House of Commons Environmental Audit Committee, the report focuses on Planetary Health, that is, the health of human civilisations and the natural systems we depend on for food production, clean air and water, a stable climate and essential biodiversity.

“I am delighted to have supported the gathering of written and oral evidence as well as report drafting.  The report identifies critical cross-government actions to reduce our impacts on the environment and to ensure food security, healthy cities and natural systems in the UK.

“I hope that the report will provide a blueprint for enhanced partnership between government departments that will all need to act in unison at this critical time in our fight against environmental change."

LSHTM’s Centre on Climate Change and Planetary Health was launched in May 2019. Under the leadership of Prof Alan Dangour, it aims to identify and support solutions to the challenges facing human health as a result of climate change, ranging from sustainable and healthy food systems to shifting patterns of infectious disease.

LSHTM aims to root evidence-based research and action at the heart of global health policy, and provides independent and authoritative advice to policymakers around the world.