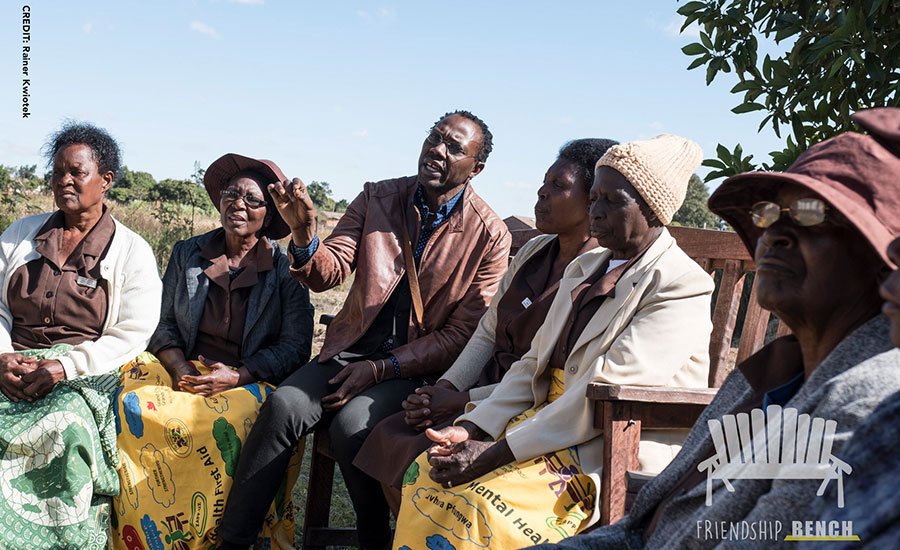 Identifying anxiety in those with depression could be key to developing successful mental health programmes in low and middle income countries (LMICs), suggests a new study in The Lancet EClinicalMedicine.

This research examined a group of people with depression in Zimbabwe and found that they are nearly three times more likely to suffer this illness long-term if they also have a high level of anxiety.

Led by King’s College London in collaboration with the London School of Hygiene & Tropical Medicine (LSHTM) and the University of Zimbabwe, the study is the first report of this finding from a low-income country.

The researchers suggest that programmes aimed at tackling depression in these countries must consider the implications that this complex combination of anxiety and depression has for the effectiveness of treatments.

Depression is common worldwide with 4.4% of people estimated to be affected at any given point in time, and 5.9% of women in African countries. Many LMICs – ranging from small low-income countries like Zimbabwe and Malawi, to large middle-income countries like India, south Africa and China – are trying to develop programmes for mental health with limited resources.

There is a growing interest in low-cost programmes which can be delivered on benches in the community by non-specialist workers who provide basic education and simple talking therapies. However, this approach could mean those with more complex combinations of mental health problems may not receive the support they need.

Participants of this trial took part in the Friendship Bench programme – a randomised control trial of a therapy for depression, conducted by the University of Zimbabwe, LSHTM and King's College London, aiming to train and empower people to solve problems that are negatively impacting their mood.

In the programme, counselling sessions are delivered by a ‘grandmother’ lay health workers on a wooden bench within the grounds of a clinic.

Using data from the Friendship Bench trial, this study analysed measures of depression and anxiety in 329 people in Zimbabwe who had been assessed as having probable major depression and were experiencing significant low moods. It aimed to understand how many people suffer both anxiety and depression symptoms, and the links this has to long-term depression.

Some participants of the trial received the Friendship Bench therapy, whilst others received simple education about their symptoms and advice on psychosocial issues which might be causing them.

The findings showed that over three quarters of participants suffered from anxiety alongside major depression, where anxiety consists of feelings of nervousness, worry, restlessness, and fear that continues for over two weeks.

This suggests that persistent depression is more likely in those who also experience symptoms of anxiety and that, although the Friendship Bench is successful at helping most of these people, some who use it will still have long-term depression.

Dr Dixon Chibanda, Associate Professor at the London School of Hygiene & Tropical Medicine, Director of the Friendship Bench and last author on the paper said: “These findings demonstrate the need to integrate anxiety screening in our work with grandmothers on the Friendship Bench. By understanding who is more likely to have longer lasting depression and need more care, we can ensure they get the support and mental health care they need.

“Addressing mental health is even more important given the coronavirus pandemic. I hope our further support of online Friendship Bench sessions, and extra COVID-19-related material will support people with anxiety and depression during these tough times.”

Lead author, Professor Melanie Abas from the Institute of Psychiatry, Psychology & Neuroscience (IoPPN), King’s College London and Honorary Consultant Psychiatrist at South London & Maudsley NHS Foundation Trust  said: “In parts of many African countries people face situations likely to provoke severe anxiety and fear more frequently than most people living in high income countries. These situations include poverty, living with serious infectious diseases like HIV, malaria, cholera and now potentially COVID-19, sudden death of family members, and sexual and domestic abuse. As such, anxiety levels are already likely to be high for many people living in LMICs but anxiety and depression are often conceptualised together as one syndrome.

“More research is needed to understand typical experiences of anxiety in LMICs and to adapt therapies for anxiety. This must be done in partnership with local service providers. In the same way that we have adapted evidence-based treatments for depression for use in low income settings, we also need to forge ahead to develop and test culturally adapted therapies for anxiety.”

The researchers highlighted that many of the psychological treatments being advocated for use in LMIC countries such as problem-solving therapy and interpersonal therapy may improve common mental disorders but do not specifically target fear, avoidance, excessive worry, and the re-living of traumatic experiences.

They suggest that screening for anxiety needs to be made available in low income countries and that treatments need to include education about coping with anxiety and therapies specifically targeted at anxiety, such as relaxation and therapy that addresses thoughts and behaviours.

The trial of the Friendship Bench which provided the data for this study was funded by Grand Challenges Canada (GCC), with additional funding by Zimbabwe Health Training Support (ZHTS).

The Centre for Global Mental Health is a partnership between King’s College London and the London School of Hygiene & Tropical Medicine, working to address inequities by closing the care gap, and to reduce human rights abuses experienced by people living with mental, neurological and substance use conditions, particularly in low resource settings.