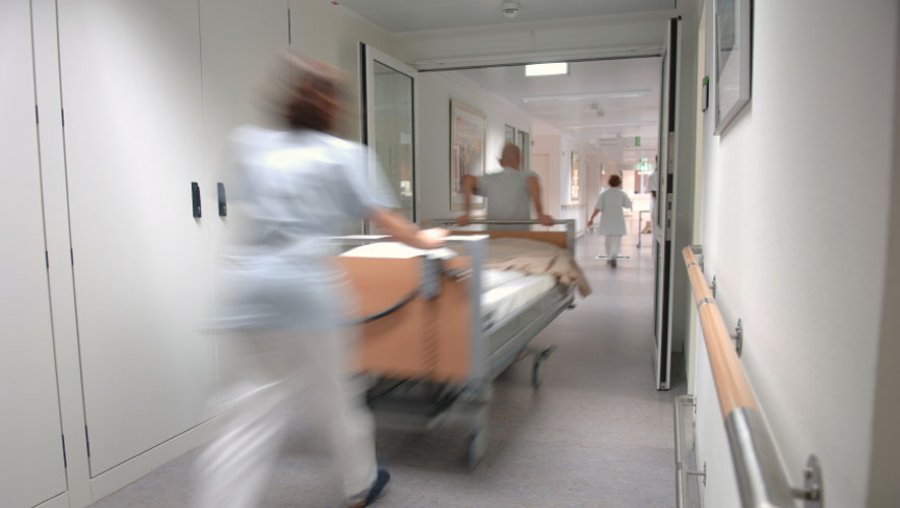 The peak of daily COVID-19 deaths occurring in hospitals in England was likely passed on 8 April according to new analysis posted on MedRxiv.

Led by Professor David Leon at the London School of Hygiene & Tropical Medicine, the research team analysed data published daily by the NHS on patients who had died in hospital and had tested positive for COVID-19. They suggest that the current emphasis on the numbers of deaths reported to the NHS on the previous day gives a misleading impression about the real trend in deaths by when they occurred. This is because the numbers announced each day relate to deaths that occurred over an extended period of days in the past.

More importantly, they concluded that the real trend in numbers of deaths was obscured by the daily figures of hospital deaths reported each day at the Downing St Press conference. This is because these are influenced by fluctuations in the rapidity with which hospitals notify deaths to the NHS.

Instead, the research team recommend focusing on trends in numbers of deaths occurring five or more days previously. This gives a much more meaningful impression of both when the peak has occurred and also whether deaths are declining, as around 90% of deaths occurring on a particular day are reported within 5-6 days of occurrence.

David Leon said: “It is inevitable that there are delays in reporting COVID-19 deaths in hospital. During this crisis, staff at all levels will be stretched to the limit. However, government officials and scientific advisers would be advised to focus on more meaningful trends that are much less subject to big fluctuations driven by the ups and downs of the reporting systems.”

The researchers found that there has been a clear downward trend in numbers of people dying from COVID-19 in hospitals in England since 8 April, with London seeming to have the clearest pattern of decline compared to the rest of England.

However, deaths among people aged less than 60 years only appear to have peaked on April 11.

Data produced by the Intensive Care National Audit & Research Centre suggests that up to 16th April only 3% of patients admitted to critical care were aged over 80 years, while overall this group of older people made up 52% of all deaths with COVID-19 in hospitals. This compares to those aged 40-59 years, who made up 39% of admissions to critical care units, but only constituted 8% of all hospital deaths.

David Leon said: “There is strong evidence that people who are below the age of 60 years who become very ill are much more likely to be admitted to critical care units than older people. As a result, they will survive slightly longer even if sadly they do eventually die.”

Among the elderly aged 80 or more years there was a peak of deaths on April 8, but there is far less evidence of a subsequent sustained decline in numbers of deaths in this group.

David Leon said: “The fact that this downward trend is not affecting older people to the same degree as the rest of population is cause for concern. It reinforces the likelihood of a big problem in care homes that is spilling into hospitals and counteracting what would otherwise have been a decline at all ages due to fall in community transmission, such as among people living in private households.”

Determining if and when the mortality peak of the current COVID-19 epidemic has been reached in is key for governments around the world in their health service planning and public health strategy. It is also crucial information to communicate to the public, who in most countries have been subject to varying degrees of limitation and restriction on social interaction, work and movement.

Politicians and scientific experts regularly highlight the inevitable delay between the point at which social distancing, individual protection and lock-down measures are imposed and the point when this may result in declining mortality. However, the uncertainty about when the daily toll of deaths is likely to decline could increase widespread public anxiety about the epidemic.

David Leon said: “The fact a peak may have been reached on April 8 is not an argument for relaxing social contact. In fact, the opposite. Communicating clearly to the public that there has been a peak in mortality at the end of the first week of April might motivate people to persevere with the lockdown as they will then appreciate the sacrifices being made in lockdowns are paying off.”

Finally, the authors conclude that their recommended simple approach to analysing trends in hospital COVID-19 deaths will also provide a more sensitive way to help detect indications of a resurgence or second wave earlier, that is not affected by problems with the reporting system itself.

The authors acknowledge limitations of their work, including the published data on COVID-19 does not allow more in depth analyses of what might be the causes of different trends by region. This would require data to be presented by age and region simultaneously.

While deaths occurring in hospital exclude those from COVID-19 occurring in the community, including care homes, they nevertheless provide a valuable and timely source of data for identifying trends and peaks in the epidemic when they are properly analysed.

This paper was the result of a collaboration between the London School of Hygiene & Tropical Medicine, UCL London and the Max Planck Institute for Demographic Research in Rostock, Germany.

***This study has not been peer reviewed***

Note: a version of the manuscript with analyses updated to 25 April 2020 has been produced and we are waiting for it to be uploaded by MedRxiv. A copy of the updated version can be obtained directly from the lead author (david.leon@lshtm.ac.uk) if the new version is not immediately available.