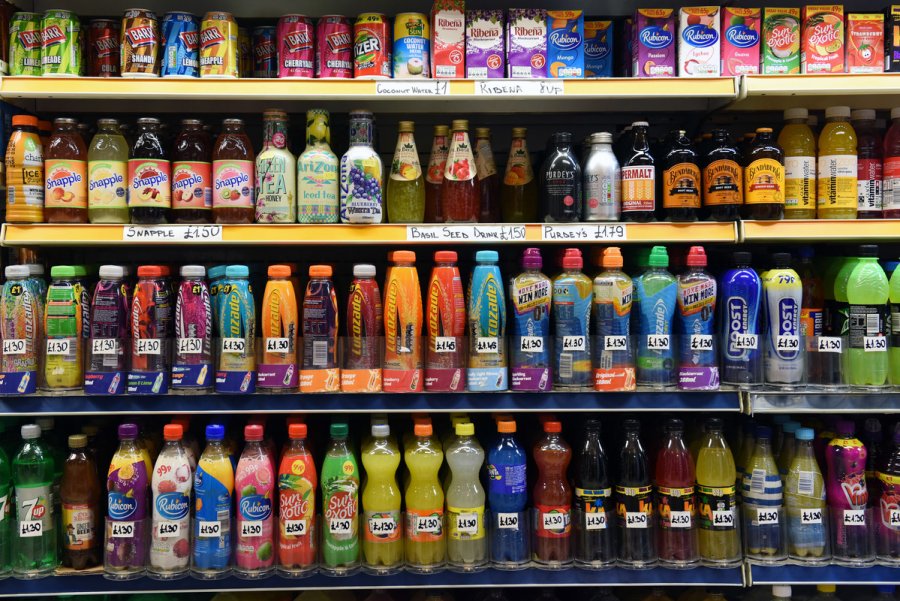 The research, conducted by the London School of Hygiene & Tropical Medicine (LSHTM) and the University of Exeter, and funded by the Medical Research Council, part of UK Research and Innovation, analysed data on food and beverage purchases from nearly 9,000 British households who regularly purchase drinks such as soft drinks, juice or alcoholic beverages to identify which of those households would benefit the most from policies targeting obesity.

They found that the sampled households on average purchased 15.6 litres(L) of sugar-sweetened beverages (SSBs) per household member per year, compared with 43.2L/household member/year of diet beverages, 6.4L of fruit and milk-based drinks, 5.6L of beer and cider, 3.5L of wine and 2.3L of bottled water. These beverages accounted for 5.6% of the total energy (kcal) purchased per household each day.

Overall, households which mostly purchased high levels of SSB or diet beverages generally also had a high proportion (18%) of dietary energy in their purchases from sweet snacks, such as chocolates, candy and biscuits. Overweight or obesity were also above average in these two groups, with a higher proportion of individuals in these households having a BMI over 25. To the contrary, the lowest proportion of obesity and overweight was observed in those households purchasing mostly wine, or fruit juice and milk based drinks.

The researchers say these findings suggest that households purchasing soft drinks, be it sugary or artificially sweetened, are at a higher risk of obesity, and could benefit from policies to reduce excess energy intake by targeting unhealthy foods as well as SSBs.

Dr Nicolas Berger, Assistant Professor at LSHTM and lead author, said: “Policies to tackle obesity have increasingly targeted sugary drinks as a major source of excess sugar and energy. However, these are based on the ‘average’ household or individual, and do not take into account how households differ on the basis of their food and beverage buying behaviours. We need to better understand whether households with obesity are effectively targeted by current policies aimed at specific foods and drinks, as well as what the key sources of energy and nutrients are for those households in order to generate new, effective policies.”

In order to identify high-risk households and their purchases which could be targets for interventions, the team analysed food and beverage purchase data from 8,675 British households in 2016.

Using a method called latent class analysis, the researchers identified seven different types of households on the basis of regular beverage purchasing behaviour. Each type of household was characterised by relatively higher purchases of one or two categories of beverages: SSBs, Diet beverages, Fruit and Milk-based drinks, Beer and Cider, Wine, Water and lastly a Diverse group who purchased moderate levels of many different beverages.

By looking at other characteristics of the households, the results showed that those in the Diverse group were more likely to have higher income, whereas low social grade was more likely for households in the SSB, Diet beverage or Beer and Cider groups.

Dr Berger said: “We found that households at risk of obesity, who purchase high volumes of sugary or diet drinks also have higher purchases of sweet snacks. These households might additionally benefit from policies that target sweet snacks, as a way of reducing excess energy intake, and also helping to reduce socio-economic inequalities – for example, by extending the UK Treasury Sugary Drinks Industry Levy to sweet snacks.”

Professor Richard Smith, of the University of Exeter, a co-author on the study, said: “With health issues such as diabetes, obesity and heart disease rising globally, we urgently need to find ways to reduce sugar consumption among UK residents. Gaining a more granular insight into shopping habits should help us design better targeted approaches to reducing sugar consumption, and ultimately to improving health.”

The researchers acknowledge limitations that the study lacked information on physical activity and out-of-home dietary behaviours, which could partly explain these results.

The UK has introduced a sugar tax, but will it work? - feature
Taxing sweet snacks may bring even greater health benefits than taxing sugar-sweetened drinks
Snack tax may be more effective than a sugary drink tax to tackle obesity
Learn More