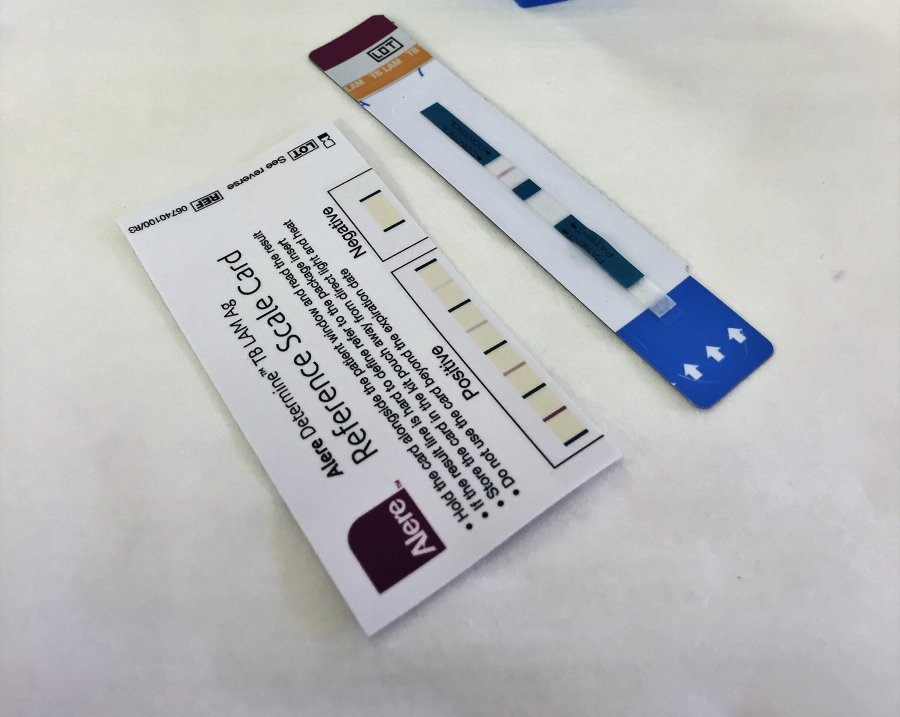 Screening all hospitalised patients with HIV for tuberculosis (TB) using urine tests would improve life expectancy and be cost-effective in Malawi and South Africa, according to new research published in The Lancet Global Health.

TB is the leading killer of people with HIV worldwide. Many cases are missed by standard testing strategies that rely on sputum, as some patients are too unwell to provide a sputum specimen. A urine specimen, on the other hand, can be obtained from nearly all patients.

Led by the London School of Hygiene & Tropical Medicine (LSHTM) and Massachusetts General Hospital, the study was carried out alongside the STAMP Trial; published in The Lancet in July 2018. The STAMP Trial demonstrated that using urine tests to screen for TB among HIV-positive patients, rather than sputum tests, could improve patient outcomes and reduce mortality from TB.

In this additional study researchers wanted to further examine the clinical outcomes of urine testing for TB among HIV-positive patients in Malawi and South Africa, along with the economic impacts.

The team found that screening all hospitalised patients with HIV for TB using a urine-based ‘dipstick’ test (called TB-LAM) could increase life expectancy by 0.5 to 1.2 years, and be cost-effective compared to sputum testing alone.

As in the STAMP Trial, both sputum and urine tests were used to screen participants, with urine testing found to be particularly effective for increasing TB diagnoses and reducing deaths, with a cost of only $3 per test.

Ankur Gupta-Wright, co-author from LSHTM, said: “Compared to other diagnostic strategies, urine testing is relatively easy and inexpensive and can detect cases of TB that would have otherwise been missed.

“Using urine tests to screen for TB among HIV-positive patients, some extremely unwell, can provide a result in under 30 minutes and be done at the patient’s bedside.”

Until now it had not been clear whether urine testing of all hospitalised patients with HIV would be useful and offer good value.

With initial results showing that urine testing was cost-effective, the team them examined the financial implications of implementing urine TB screening among all hospitalized patients with HIV in Malawi and South Africa.

Combining both the costs of urine tests and costs of finding and treating more TB cases, researchers found that over five years the urine screening strategy would increase health care costs for these patients by $37 million (10.8 percent) in Malawi and $261 million (2.8 percent) in South Africa.

Krishna Reddy, lead author from Massachusetts General Hospital, said: “Urine testing for TB saves lives and is an efficient use of resources. Our findings have huge implications for increasing the survival of people with HIV in Africa and in other places where TB is common.

The World Health Organization currently recommends the use of urine LAM in selected patients only.

The authors say that the results of both the STAMP Trial and this cost-effectiveness analysis provide evidence for expanding the use of urine LAM testing to all hospitalized patients with HIV, regardless of symptoms or suspicion of TB, in areas where HIV and TB are common.

The research team acknowledge the limitations of their study, including that the true prevalence of active TB might differ from the estimates used in the study. However, sensitivity analyses showed that the intervention of urine testing would remain cost-effective across a wide range of TB prevalence.

The study was funded by the Department of Health and Social Care, the Department for International Development, the Global Challenges Research Fund, the Medical Research Council and Wellcome, US National Institutes of Health, the Royal College of Physicians and Massachusetts General Hospital.

Watch a video about the STAMP Trial

The late Professor Stephen Lawn was Chief Investigator of the STAMP Trial until his death on Sept 23, 2016. Find out more about Steve’s major contributions to the diagnosis and treatment of tuberculosis among populations affected by HIV/AIDS, and to reducing the burden of HIV-associated, in this obituary written by Professor Peter Piot, Director of the London School of Hygiene & Tropical Medicine.

Give to the Steve Lawn Memorial Fund which aims to continue his legacy, inspiring a new generation of TB researchers

LSHTM TB Centre
Reducing deaths from HIV and TB in hospitals in sub-Saharan Africa – can urine be the answer?
Learn More