Reducing deaths from HIV and TB in hospitals in sub-Saharan Africa – can urine be the answer? 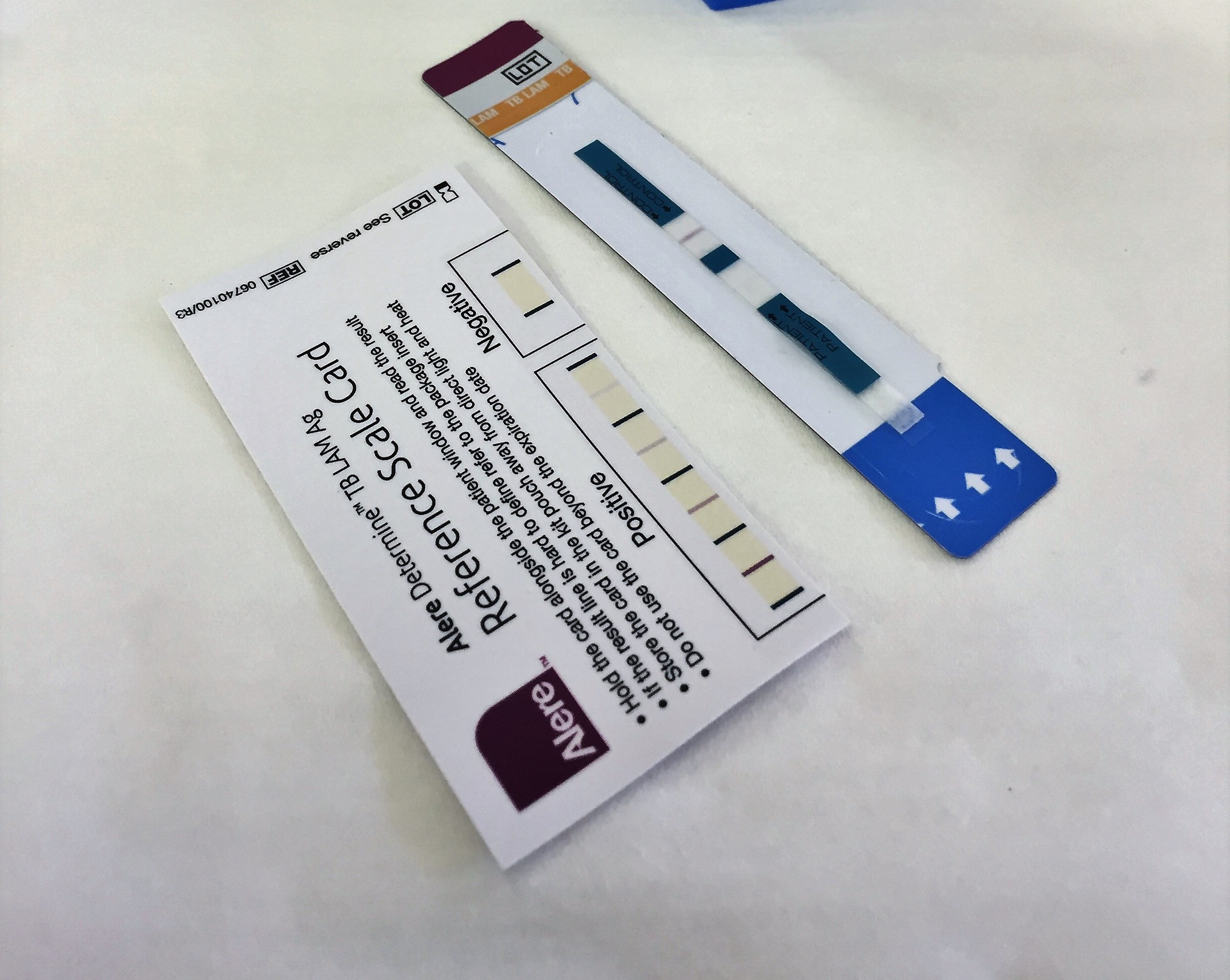 September 2018 will see an important and unprecedented step in the fight against TB – the first ever UN General Assembly high-level meeting on TB will take place and strengthen action and investment towards ending TB. However, there is a long way to go before ambitious World Health Organization (WHO) targets to reduce TB deaths by 95% from 2015 levels can be reached.

Nowhere is this more obvious than in hospitals in sub-Saharan Africa. Most patients admitted to hospital are HIV-positive, which makes them more susceptible to TB. One in three of these patients will have TB, which is commonly fatal, but identifying which patients to test and treat for TB remains a huge challenge for clinicians. Affordable new tests to diagnose TB at the point-of-care are a key priority for both the End TB strategy and the upcoming UN meeting.

There has, however, been some progress in diagnostic tests for TB in recent years. Eight years ago, WHO recommended Gene Xpert for diagnosis of TB in HIV-positive patients. This diagnostic test detects TB DNA from sputum without the need for complex laboratory infrastructure, and has since been successfully scaled-up throughout sub-Saharan Africa. However, many patients in hospital are often too severely unwell to produce sputum, and identifying which patients to test for TB is difficult (almost all patients have symptoms compatible with TB). A urine-based ‘dipstick’ test (called TB-LAM), which detects part of TB’s cell wall, has also shown promise in sicker HIV-positive patients and was conditionally approved by WHO in 2015.

New research from the London School of Hygiene & Tropical Medicine published in the Lancet today, demonstrates that using this different approach in diagnosing TB amongst HIV-positive patients admitted to hospitals could improve outcomes, contributing to global End TB targets and reducing TB mortality.

We tested the impact of screening all HIV-positive patients (not just those thought to have TB by doctors) and used the urine-based TB-LAM test in addition to testing sputum and urine with Gene Xpert. We found a 50% increase in the number of patients diagnosed with and treated for TB compared to sputum testing alone, with the major benefit coming from the TB-LAM test. Urine TB screening also led to an approximate 20% reduction in deaths, although this benefit was confined to the most severely ill patients.

Despite WHO guidance approving the urine TB-LAM test, uptake has been limited- it featured in the management guidelines of only two African countries by the end of 2017. This is likely to be due to TB programmes focusing less on sick patients admitted to hospital, and difficulty in interpreting the current WHO recommendations, with their many caveats.

Although the current TB-LAM test is far from the perfect diagnostic test for TB, it is inexpensive (approximately US$3 per test), can be done at the bedside with relatively little training, and we have shown it can increase the number of hospitalised patients diagnosed and treated for TB, thus reducing mortality (albeit modestly and only in the most severely ill patients).

It is crucial we implement and scale-up the best existing tools we have to tackle TB, whilst waiting for better tools in the development pipeline. Implementation will not only speed up progress towards ending TB, but can promote infrastructure and systems which will facilitate implementation of future, improved diagnostics, and also stimulates further innovation.

We are delighted that the South African and Malawian TB programs plan to implement TB-LAM screening for HIV-positive patients admitted to hospital, but other countries need to follow their lead if we are to continue to make progress in tackling TB.

Watch a video about the STAMP Trial

The late Professor Stephen Lawn was Chief Investigator of the STAMP Trial until his death on Sept 23, 2016. Find out more about Steve’s major contributions to the diagnosis and treatment of tuberculosis among populations affected by HIV/AIDS, and to reducing the burden of HIV-associated, in this obituary written by Professor Peter Piot, Director of the London School of Hygiene & Tropical Medicine.

Give to the Steve Lawn Memorial Fund which aims to continue his legacy, inspiring a new generation of TB researchers