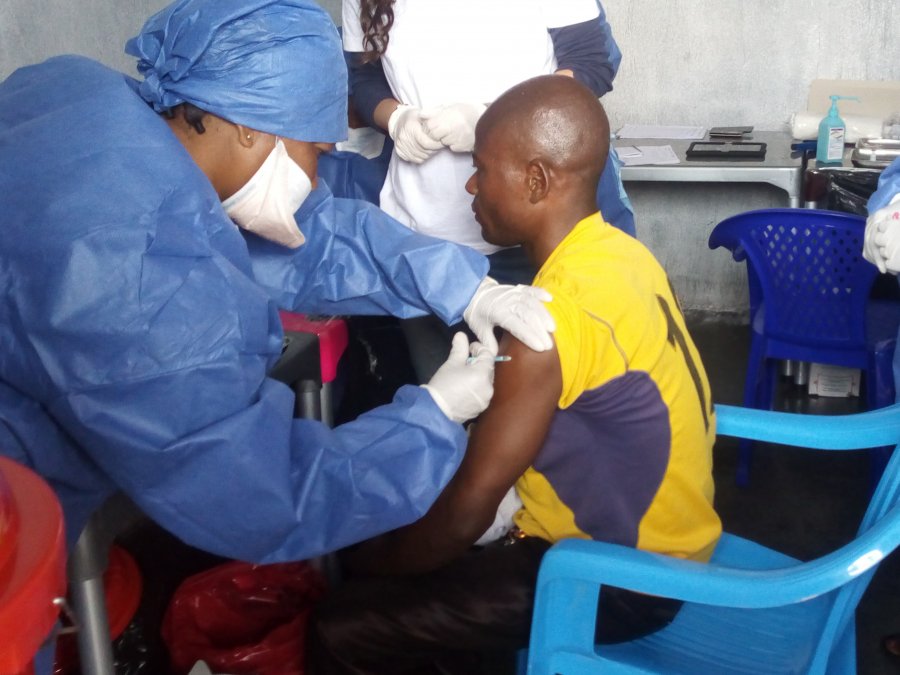 An Ebola vaccine has been pre-qualified for the first time by the World Health Organization, a critical step on the path to its licensing, access and roll-out in countries most at risk of Ebola outbreaks.

This comes after the European Commission decided to grant a conditional marketing authorization for rVSV-ZEBOV (Ervebo), manufactured by Merck, following the recommendation from the European Medicines Agency.

Concurrently, a large-scale clinical trial of another Ebola vaccine (a two-dose vaccine regimen called Ad26.ZEBOV, MVA-BN-Filo) manufactured by the Janssen Pharmaceutical Companies of Johnson & Johnson (J&J), has begun in the Democratic Republic of the Congo (DRC).

The London School of Hygiene & Tropical Medicine has played a significant role in both of these developments.

LSHTM researchers helped design a major trial of Merck’s vaccine in nearly 12,000 people in Guinea, and analysed the results which found it was safe and highly protective against Ebola. LSHTM is also sponsoring the Sierra Leone site of a multi-country study which is evaluating the long-term safety and immunogenicity of both the Merck and Johnson & Johnson vaccines.

LSHTM has also coordinated multiple clinical trials of J&J’s two-dose vaccine regimen, and, as part of a global consortium, sponsoring the new clinical trial in DRC.

It is time to move from a reactive containment only strategy to primary prevention and protection of vulnerable populations. - Peter Piot

“2019 is a landmark year in the global effort to tackle the Ebola virus. For 40 years we have been responding to Ebola in the same way. Identifying those infected and tracing their contacts, isolating these people and providing hopefully life-saving treatment.

“But now we have a licensed vaccine, with another hopefully soon to achieve that status. This means potentially life-saving preventative interventions are now more accessible, allowing us to be more proactive in reaching those who need protection the most.

“These are vital tools that do different jobs. The Merck vaccine can be given to close contacts through a ring strategy approach, the J&J vaccine can be used as primary prevention, protecting healthcare workers and communities.

“In addition work elsewhere to develop the effective therapeutic drugs REGN-EB3 and mAb114 means we can now treat those infected as well as prevent Ebola’s spread. This was unthinkable even five years ago and the result of a collaboration between frontline workers, clinicians, scientists, industry, the DRC Government and innovators that is a blueprint for helping to solve global health issues, now and in the future.

“However, these achievements are not silver bullets. Their success will depend on developing sustainable implementation systems that maximise their impact, as well as improving disease diagnostics. Crucially, these must be locally-led - within countries where Ebola outbreaks are likely to occur. Key for the future is to rethink our strategies to prevent and contain Ebola outbreaks. It is time to move from a reactive containment only strategy to primary prevention and protection of vulnerable populations.

“Ebola kills people and paralyses societies. We can’t prevent Ebola outbreaks but we can stop them from becoming epidemics that kill thousands of people. I am delighted to say that we are now in the strongest ever place to stop that happening, and proud of the role our School has played to help achieve this.”