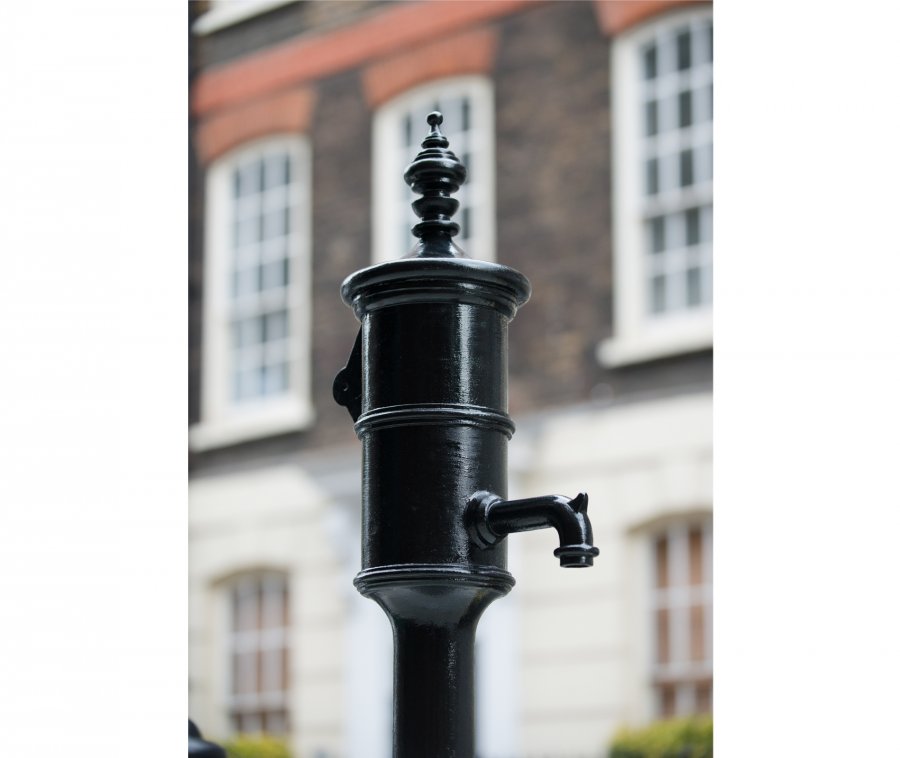 Today the commemorative pump was officially unveiled by the John Snow Society and Westminster Council.

The original pump was at the centre of the famous outbreak of cholera in 1854 which claimed the lives of over 600 people in Soho. It was named after Dr John Snow, who mapped the cases of illness and pinpointed the pump as the source of the outbreak. He had the pump’s handle removed.

Dr John Snow’s work tracing the outbreak to a public water hand pump determined that cholera was conveyed in water. Prior to the discovery it was widely believed cholera spread through dirty air. His research is considered groundbreaking and changed the way scientists investigated and treated epidemics across the world.

Professor Jimmy Whitworth, co-chair of the John Snow Society and Professor of International Public Health at LSHTM, said: “Today, epidemiology underpins the life-saving work of public health research institutes such as the London School of Hygiene & Tropical Medicine, in the UK, but also across the world; including in countries still affected by cholera and poor water and sanitation services.

“While the last outbreak of cholera in the UK was in 1866, there are millions of cases annually in low and middle-income countries, and it causes around 100,000 deaths each year. The World Health Organization recently launched a Global Task Force on Cholera Control Road Map, aiming to reduce mortality from cholera by 90%, fulfilling the legacy of John Snow.

“Not the newsreader, nor the cricketer or Game of Thrones character, the John Snow Society aims to promote the life and works of Dr John Snow, the 19th century pioneer of epidemiological method and celebrated anaesthetist.”

The replica pump, which was originally installed in 1992, was removed in 2015 due to development in the area. It has now been refitted in its original location in Soho’s Broadwick Street next to the eponymous John Snow pub.

“John Snow’s ground-breaking study of this cholera outbreak and his subsequent decision to demand the removal of the pump’s handle heralded the advent of epidemiology as a scientific discipline and basis for public health policy.”

Since the removal of the John Snow replica pump, LSHTM has been very supportive in securing its return.

The pump holds a particular significance for both staff and students at LSHTM, which is why in partnership with the Royal Society for Public Health, we established the Pump Handle Lecture Series.

The annual lecture is an opportunity for members of the John Snow Society to gather and celebrate the memory of Dr John Snow. Each year a guest lecturer presents to attendees.

Dr Rosalind Stanwell-Smith from the Centre for History in Public Health at LSHTM, said: “It’s taken nearly four years for the commemorative pump to return to Broadwick Street, but one excellent result is that it now sits closer to where the original pump was located.

“Many people ask me if the pump is the original from the 1854 outbreak, but all the public pumps in Soho were removed and destroyed in the 19th century, so we are not certain what it actually looked like. Today’s pump is as accurate a replica as possible, based on images of pumps from that time.

“Most importantly the pump is a pertinent reminder of how public health interventions can have a major impact on health – which is why there is no handle on the pump memorial.”

The John Snow Society is co-hosted by the London School of Hygiene & Tropical Medicine and the Royal Society for Public Health.