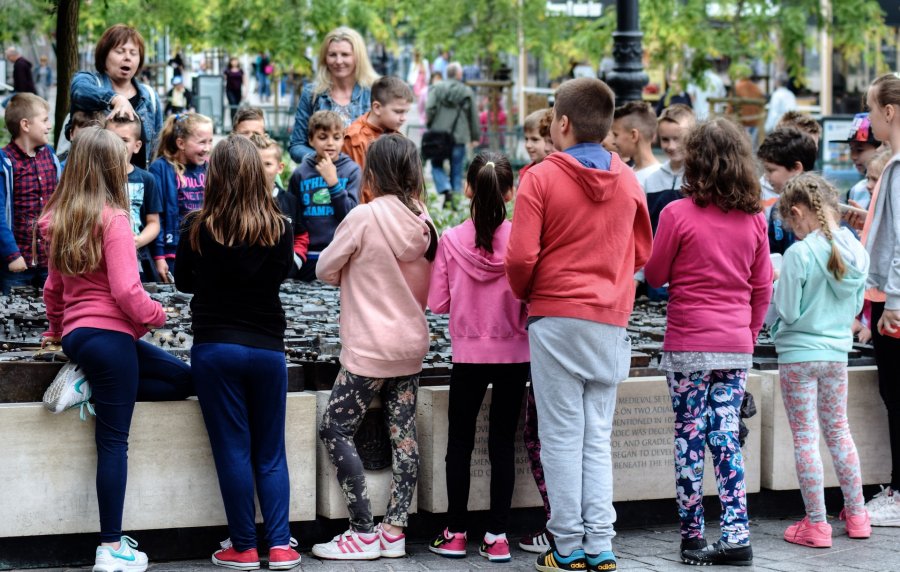 Children’s friendship groups in secondary school remain consistent over time and are often structured around gender, with boys forming the most tight-knit bands, according to new research published in PLOS ONE. The findings suggests boys might be more ‘cliquey’ than girls, and that factors such as location and timetable may have an impact on the social networks that children develop.

Social mixing patterns are commonly used in mathematical models of infectious disease which can play a vital role in public health planning, such as determining effective vaccination strategies. Children’s mixing patterns are recognised as particularly important, as they represent a key risk group for disease transmission. As school is the primary location for many of their interactions, understanding how children socialise there is vital.

Led by the London School of Hygiene & Tropical Medicine (LSHTM) in partnership with the University of Cambridge, the study examined the features and structure of children’s social networks within different schools.  Previous research on social interactions among children has generally focused on just a single day. However, in this study the team surveyed the self-reported contacts of 460 year 7 pupils across four UK secondary schools over a five month period (between January and June 2015).

In total pupils completed 1,254 surveys, reporting contact information such as who they spend the most time with. The schools in the study were selected to be representative of different geographical and socioeconomic settings, for example including rural and urban and single-sex and mixed-sex schools.

Researchers found that while the overall structure of contacts within children’s networks was generally consistent within schools, the patterns of interactions varied considerably between each school. In most schools, children formed well-defined groups, whereas in one school, children interacted more widely.

Interestingly there were only small differences reported in individuals’ contacts and networks over the five months, suggesting that well connected and weakly connected, i.e. popular or less popular – children remain that way over time.

The characteristics of social networks were found to be mainly dependent on gender and to a lesser extent on other factors, such as school class. In particular, males tended to cluster together more in each mixed-sex school in the survey.

Dr Adam Kucharski, lead author at LSHTM, said: “Previous studies have typically looked at social interactions over a single day, so there has been limited information available on how much variation there might be in social mixing patterns over time in schools. Showing boys are potentially more cliquey than girls, perhaps going against gender stereotypes, and that popular children remain popular over time, is an interesting social insight but for mathematical modellers this type of information is also extremely valuable.

“Understanding age-specific social mixing patterns is vital for studying outbreaks of infectious diseases like flu and measles which can spread rapidly, particularly among children.  It’s useful to find that mixing patterns are fairly consistent, as this suggests it will be easier to analyse social interactions among children than was previously thought. It also shows the value of working directly with schools to study these questions.”

‘Citizen Science’ was a crucial part of the study, with year 10 pupils from the four schools working with researchers on the logistics and design of the study along with collecting data from participants.

Future work could include extending the data collection period over a year or two, to look at whether the consistency in contact patterns is held over multiple school years. The researchers say it would also be interesting to examine how the physical structure of buildings and timetabling might influence social contacts, especially as one of the schools in this study allocated classes for each subject based on ability, and had less well-defined social networks than the others.

Mathematical models are regularly used to investigate how diseases might spread, and what sort of control measures may be required to stop transmission. For example, models based on social mixing patterns helped health agencies assess vaccination strategies during the 2009 influenza pandemic.

The authors acknowledge there are some limitations of their study, including contacts being recorded using self-reported questionnaires and differences in the timing between rounds of data collection across the schools in the study (often resulting from logistical constraints such as term dates).

The study was funded by the Wellcome Trust.

The Centre for the Mathematical Modelling of Infectious Diseases
Learn More