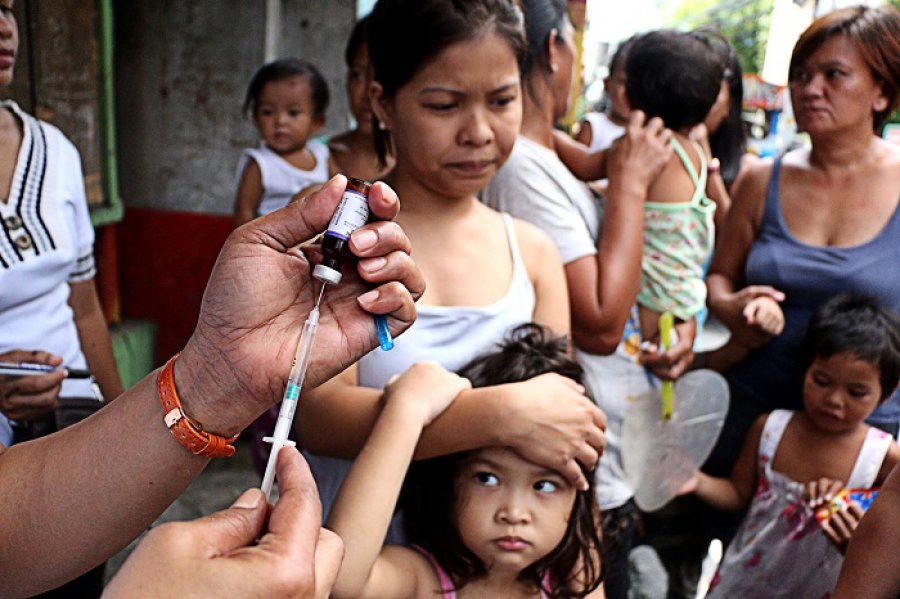 The Philippines’ highly politicised response to newly-reported risks of a dengue vaccine led to a dramatic drop in public trust in vaccines overall, according to new research published in Human Vaccines & Immunotherapeutics.

Led by the London School of Hygiene & Tropical Medicine (LSHTM), the study measured the impact of the Dengvaxia crisis on overall vaccine confidence before and after the manufacturer highlighted a risk associated with the vaccine and the associated political fallout.

The study of 1,500 participants revealed a dramatic drop in vaccine confidence, from the majority (93%) “strongly agreeing” that vaccines are important in 2015 to a third (32%) in 2018. The researchers say the findings highlight the importance of identifying gaps or breakdowns in public confidence in vaccines in order to rebuild trust before a pandemic strikes.

Dengue is a viral infection spread mainly by the bite of the Aedes aegypti mosquito, which is widespread around the Southern Hemisphere. Symptoms include fever, headache, and pain in joints and muscles. In some cases, symptoms can be more severe and lead to death.

With cases in the Philippines rising from 2012-2015, it was hoped an immunisation campaign with a new dengue vaccine (Dengvaxia), licenced in December 2015, would stem the spread. However, in November 2017, the manufacturer, Sanofi Pasteur, announced that Dengvaxia posed a risk to people who had not previously been exposed to dengue.

While other countries dealt with this assessment by updating guidelines and labelling accordingly, the news triggered outrage and political turmoil in the Philippines leading to broken public trust in the dengue vaccine and anxiety around vaccines in general.

Using the WIN/Gallup International’s representative sampling approach with the Vaccine Confidence Index™, 1,500 participants were re-surveyed in 2018 to analyse the Philippines’ confidence data against 2015 data for the country.

Lead author Professor Heidi Larson, Director of the Vaccine Confidence Project at LSHTM, said: “The Sanofi announcement was a spark that fuelled the flames of underlying political ferment in the Philippines. Health authorities and immunisation programmes cannot solve political tensions, but trust issues and potential areas of anxiety and possible dissent must be considered in advance of a pandemic. This is especially important in an era of social media and the ability for mis-information to be spread far and wide at the touch of a button.

“We cannot wait until pandemics strike, but make trust-building an ongoing effort, preparing the ground for the next ‘big one’, when trust and cooperation will be key to containing the spread of disease and mitigating its health and societal impacts.”