London School of Hygiene & Tropical Medicine https://lshtm.ac.uk/themes/custom/lshtm/images/lshtm-logo-black.png Monday 20 August 2018
The world is remembering an iconic global statesman, but besides his tireless efforts for peace and justice, he was also one of the greatest global health leaders of our time. 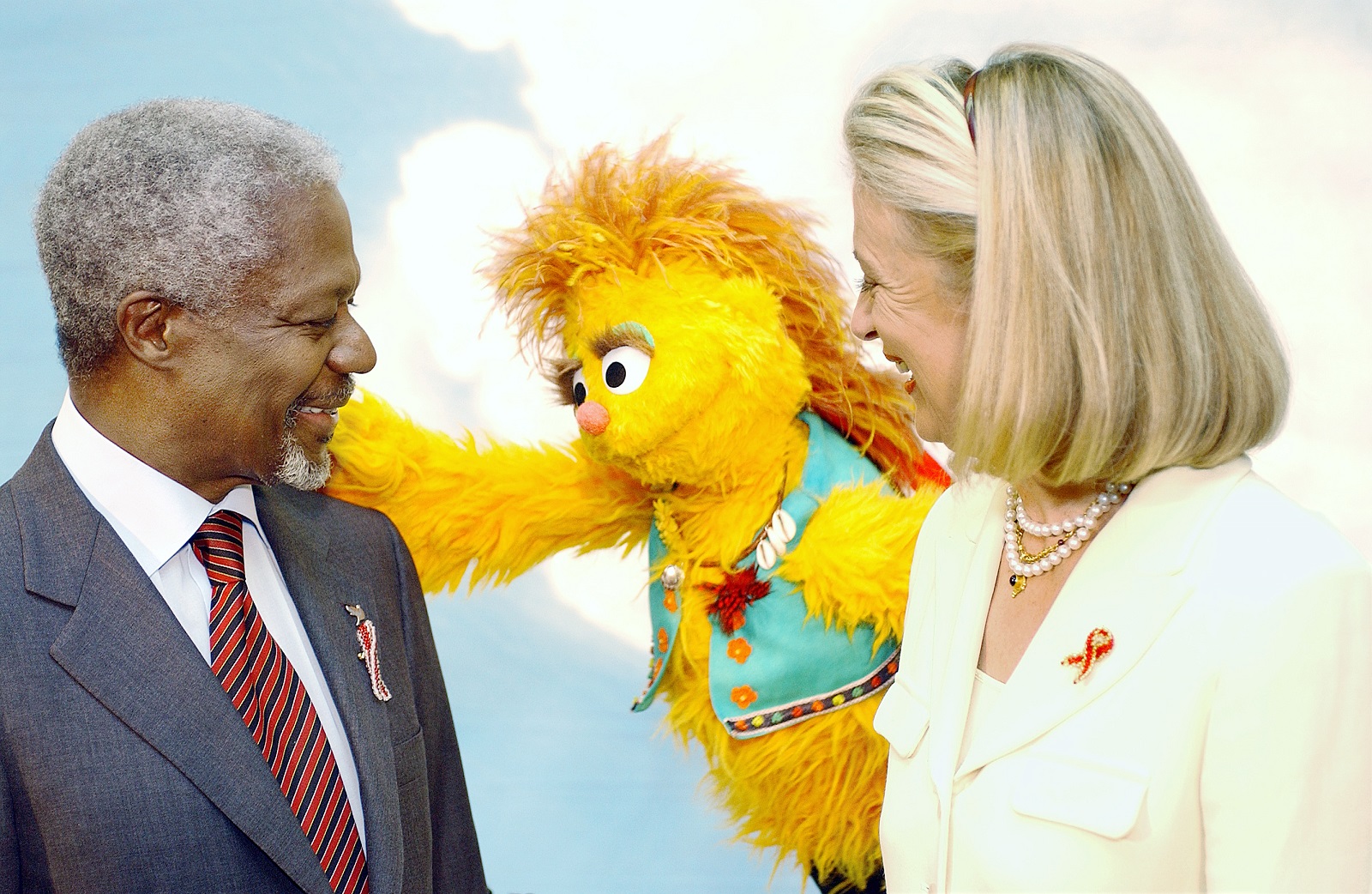 The Global Fund to Fight AIDS, TB and Malaria is undoubtedly part of his legacy. It was at a special summit of Heads of State of the Organisation of African Unity in Abuja in April 2001 that Kofi Annan called for a “war chest” to fight AIDS and other major infectious diseases that particularly affect Africa.

He stated “I have made the battle against it (AIDS) my personal priority” and boldly called for billions of dollars, at a time when we were still struggling to find millions, and the prevailing wisdom at the time was that billions were just not available, and antiretroviral therapy in low income countries was not possible and was too expensive.

Around the Millennium he personally engaged in trying to convince pharmaceutical manufacturers to lower the price of these lifesaving medicines. Together with other actions, this resulted in more than a 90% price reduction of antiretroviral drugs for low-income countries which saved millions of lives.

As head of UNAIDS, I represented the Secretary-General in the dauntingly complex negotiations which led to the creation of the Global Fund. His instructions were clear: to prioritise above all benefits to people in need, maximise resources, and not to worry too much about UN System’s comfortable way of working– illustrating that he would not hesitate to break old habits, even if he was a lifelong civil servant. To put his money where his mouth is, he was one of the first donors to the Global Fund.

Kofi Annan fully integrated global health issues into his day to day political and diplomatic work. Thanks to his voice and his actions, health made it to the top of international agendas as never before. Thanks to his drive and that of the USA Representative to the UN, at its inaugural session of the new millennium in January 2000, the UN Security Council for the first time in its history debated a non-conventional security threat- a health issue.

Breaking with convention, and against the views of many members of the Security Council and many in the UN bureaucracy, the debate focused on the impact of AIDS on sub-Saharan Africa’s development and on peace keeping operations. The subsequent UN General Assembly Special Session on HIV/AIDS in June 2001 was a turning point in the global response to AIDS, largely thanks to the Secretary-General’s personal engagement.

Both events opened many doors beyond the classic public health community, and brought global health firmly in the realm where major decisions are made.  As Secretary-General, he was also a consistent and very effective advocate for health during his numerous meetings with heads of state and government, not shying away from raising often difficult issues such as discrimination on the basis of gender or sexual orientation, or the controversy around the cause of AIDS in South Africa.   This whole period effectively marked the beginning of global health as we are practicing it today.

As a son of Africa, Mr Annan was deeply concerned about peace, health, education, food security, and human rights for Africans. One of the most moving and courageous speeches I heard him give was at a Summit of the Organisation of African Unity in Harare, where he clearly stated that human rights are universal, not only a western concept, as some would argue outside the west. And he squarely positioned health as a human rights issue.

Kofi Annan had always been keen on data and scientific evidence, and as he wrote recently in an editorial in Nature commenting on a geospatial analysis of malnutrition in Africa by the Global Burden of Disease team: “Without good data, we’re flying blind. If you can’t see it, you can’t solve it”.  One of his recent concerns was about the shortage of anti-venom to treat snakebites, and his Foundation brought together relevant actors to tackle this neglected problem.

For ten years, I reported to Kofi Annan.  He was a demanding boss, but also a very caring one, both for the people he worked with and for those he felt he worked for, the vulnerable and the discriminated – always reminding us that the charter of the United Nations refers to the peoples in its founding charter.

For example, at the height of the Iraq Oil-for-Food crisis, I proposed to postpone a regular meeting with him but he refused, saying that the AIDS crisis kills people as much as armed conflicts. That evening he attended with, as usual, his wife Nane on his side, a World AIDS Day event to commemorate the millions of people who had died from HIV at St John the Divine Church in New York. So, he was not only driven by high level politics, but he regularly sat down with people living with HIV during his numerous travels, visited health care centres, and was an active patron of UN+, the organisation of people living with HIV working throughout the UN System, saying good practice starts at home.

He was a role model for many on how he could combine global leadership, often brutal international politics, whilst still staying in touch with people and their concerns. And he was a man with a long term vision, as much as he was eager to deal with the acute and short term challenges.

When I visited the Mfantsipim high school that he attended in Cape Coast, Ghana, and saw the school’s moto about its entrance “Dwen Hwe Kan” (“Think and look ahead” – also the theme of the Lancet Commission on the future of health in sub-Saharan Africa), I understood how he could function in what must be one of the most difficult jobs in the world.

My deepest thoughts are with his wife Nane and their family. Kofi Annan’s death is a huge loss to the world - we will miss a great statesman, a global health advocate, and an extraordinary human being.