Sheila Harvey, Associate Professor in Clinical and Social Intervention Trials at LSHTM, and Saidi Kapiga, Professor of Epidemiology and International Health at LSHTM

Sheila Harvey, Associate Professor in Clinical and Social Intervention Trials at LSHTM, and Saidi Kapiga, Professor of Epidemiology and International Health at LSHTM

London School of Hygiene & Tropical Medicine https://lshtm.ac.uk/themes/custom/lshtm/images/lshtm-logo-black.png Monday 25 November 2019
The impact of violence against women is considerable. Women often have low self-esteem and low self-confidence. They feel inferior to others in their community, including their own children, who witness them being beaten by their partner. Other women feel angry and have vented their anger on their children.

But talking about violence has given women hope that things can change. 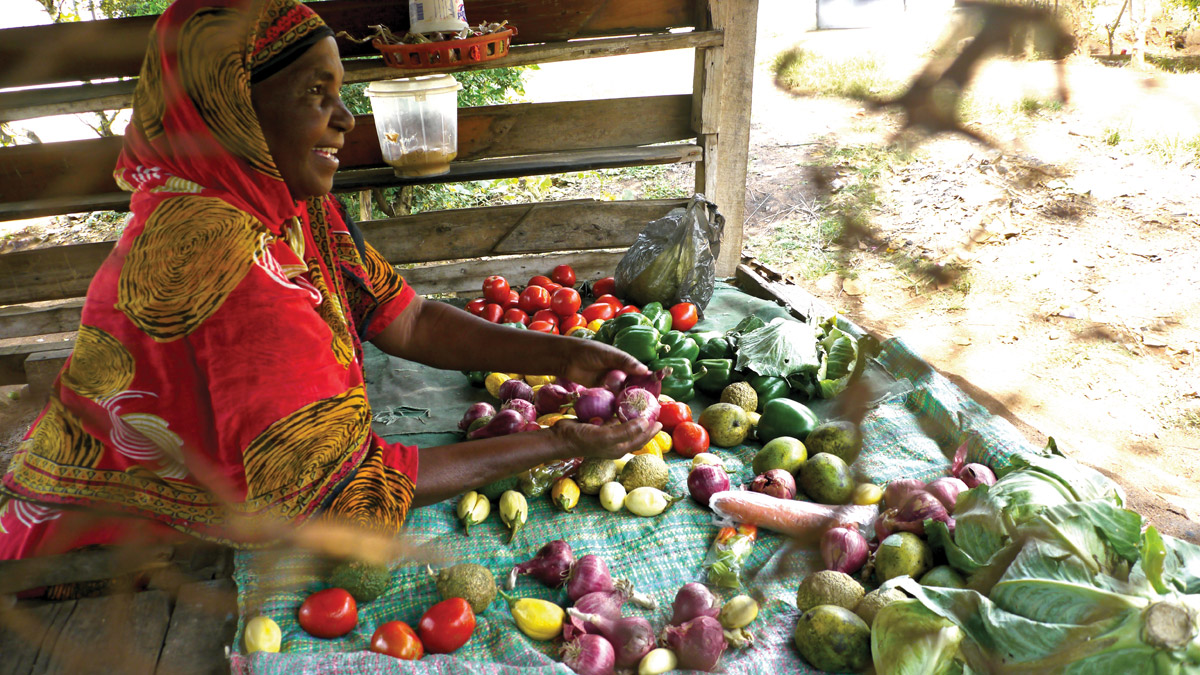 Globally, around a third of women have experienced physical and/or sexual violence from an intimate partner. There are many negative impacts for women and their families, including poor physical health, mental health problems, such as depression, post-traumatic distress, suicide, and alcohol and drug abuse.

Furthermore, there is accumulating evidence of an association between intimate partner violence and women’s risk of becoming infected with HIV infection. Studies have highlighted poverty as one of the key drivers of vulnerability to intimate partner violence and HIV infection. This has led to economic interventions, such as microfinancing, being employed as a central approach to addressing these overlapping epidemics with the aim of strengthening women economically and improving household welfare.

There is also increasing recognition of its impact on health. Women’s increased participation in decision-making is associated with positive impacts on population and child health.

It has been suggested that microfinance can reduce intimate partner violence by empowering women economically, which in turn, leads to greater self-esteem and self-confidence, wider social networks, and household decision-making power.

However, the impact of microfinance on violence against women has produced mixed results. It may also increase intimate partner violence by challenging established gender norms and male authority.

A recent evaluation of economic interventions found that positive outcomes were more likely when economic strengthening was combined with gender empowerment interventions.

In one of the earliest trials implemented in South Africa, microfinance loans were provided to women in groups in combination with a 10-session participatory gender and HIV awareness intervention. Two years after delivery of the intervention, women's reported experience of past-year physical and/or sexual intimate partner violence was reduced by 55%.

This influential trial also raised a number of questions, including whether the impact was due to the microfinance loans or to the 10-session gender awareness component, or both. Another important question for policymakers was whether a similar impact could be achieved in other settings with high rates of violence.

This is something we wanted to find out in the recent MAISHA study.

Delivered to women who are members of an established microfinance loan scheme in Mwanza city, Tanzania, MAISHA involved a ten-session participatory curriculum that covered a range of gender issues and aimed to: empower women, prevent their experience of intimate partner violence, and to promote healthy intimate relationships.

Interviews before the intervention revealed women in Mwanza experience high rates of physical and/or sexual violence. They also experience other forms of abuse such as controlling behavior by a partner, and emotional and economic abuse.

Our intervention reduced the risk of physical and/or sexual intimate partner violence by a quarter over a two-year period. The effect was strongest for physical violence, which was reduced by one-third, while the impact on sexual violence was limited.

The impact was greater among women who participated in seven or more of the ten sessions. Attitudes towards violence and norms around male authority shifted among women who received the intervention. In-depth interviews with a small sub-set of the women who participated in the intervention revealed increased self-confidence because of new skills in communication and conflict resolution.

However, it is not clear whether a similar reduction in violence would be observed if the MAISHA intervention was delivered to women who are not engaged in established group-based microfinance activities. It is possible that combining the intervention with a scheme that aims to empower women economically was necessary to produce the effect on violence we observed. This would support findings from other studies.

To understand whether the MAISHA intervention could have the same effect among women not engaged in a microfinance loan scheme, a second trial has recently been completed in Mwanza city.

The UN’s sustainable development goal 5 is to eliminate all forms of violence and abuse against women and girls, and the MAISHA study adds to the growing evidence that violence can be prevented by combining strategies to improve women’s economic and social situation.

Further work is required but the MAISHA intervention has the potential to positively impact the lives of a large number of women, not just in Tanzania but also in other similar settings with high rates of gender-based violence across the globe.

£1.3 million grant to improve understanding of causes and consequences of intimate partner violence
Gender-based violence must be at the heart of global health agenda - expert comment
16 days of activism against gender violence