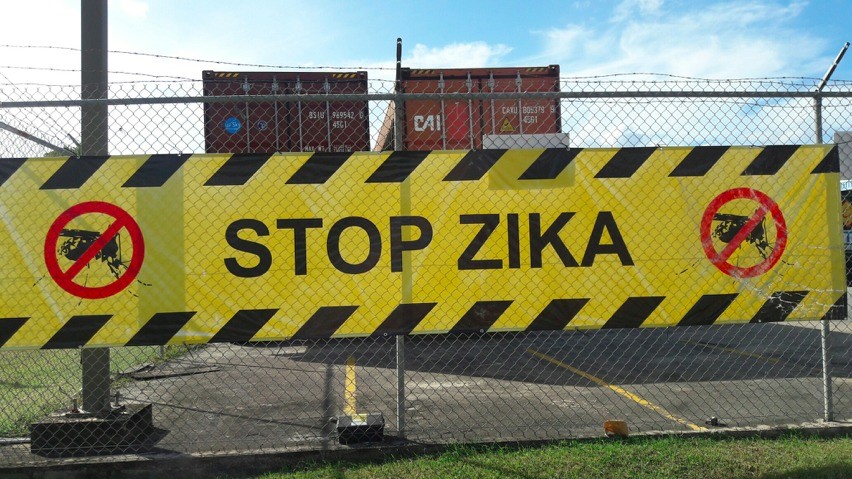 Extreme hydrometeorological events, such as tropical storms, floods and droughts, can impact the timing and intensity of outbreaks of mosquito-transmitted diseases, such as dengue, chikungunya and Zika. This is because the Aedes aegypti mosquito, which is responsible for the transmission of these diseases, thrives in warm and humid conditions, with rainfall increasing the number of outdoor breeding sites.

Drought conditions can also promote breeding, due to an increase in water storage containers in and around the home. For example, the explosive Zika virus epidemic in Latin America and the Caribbean was attributed to a combination of factors, which included a large susceptible population, severe drought and unusually high temperatures - associated with the 2015-16 El Niño event.

Cash-strapped small island developing states in the Caribbean are highly vulnerable to climate change, which has contributed to an increase in extreme climatic events in the region. In recent years Barbados has suffered from more frequent and severe droughts, and is now in the top 20 of the world’s most water scarce countries.

To address this issue, Barbados passed building regulations that mandate the construction of rainwater storage receptacles under large new buildings. However, these receptacles have now become ideal larval habitat for Aedes aegypti mosquitoes and may have had the unintended consequence of increasing the overall risk of dengue, chikungunya and Zika transmission.

While the link between temporary water storage and dengue risk has been recognised, few studies have examined the impact of prolonged drought on dengue transmission.

In a recently published study, we developed a new decision support tool to predict the impact of both droughts and extreme rainfall on dengue outbreak risk in Barbados from 1999 to 2016. With an international, multidisciplinary team of scientists and public agencies in the Caribbean, we devised a statistical model to test if dengue outbreaks in Barbados could be predicted using climate information in the preceding months.

We found that drought conditions were associated with a greater relative risk of dengue at long lead times of up to five months, while warmer temperatures and excess rainfall increased the risk at shorter lead times between one and two months.

Encouragingly the model we developed could successfully predict dengue outbreaks versus non-outbreaks in most years, although the model's performance in recent years was compromised by the lack of data on the emergence of chikungunya and Zika in the region.

This suggests it could be used as an operational early warning tool by incorporating seasonal climate forecasts, like those routinely produced by The Caribbean Institute for Meteorology and Hydrology.  Incorporating these forecasts in the dengue prediction model would mean that warnings about the likelihood of dengue outbreaks could be issued months in advance.

The information could also be incorporated in the Caribbean Health-Climatic Bulletin, which is issued to health practitioners to help inform climate-smart decision making.

Adopting an approach like this could help plan timely interventions to mitigate the impact of mosquito-borne disease epidemics, including water tank cleaning and maintenance during and after droughts.

The model is currently being tested in different Caribbean islands to understand how forecasts of the probability of extreme climate events could help prepare for disease outbreaks across the whole region.

Drawn together, there is now a growing body of evidence that climate forecasts could help predict disease outbreaks as well as climate extremes, like droughts and hurricanes.