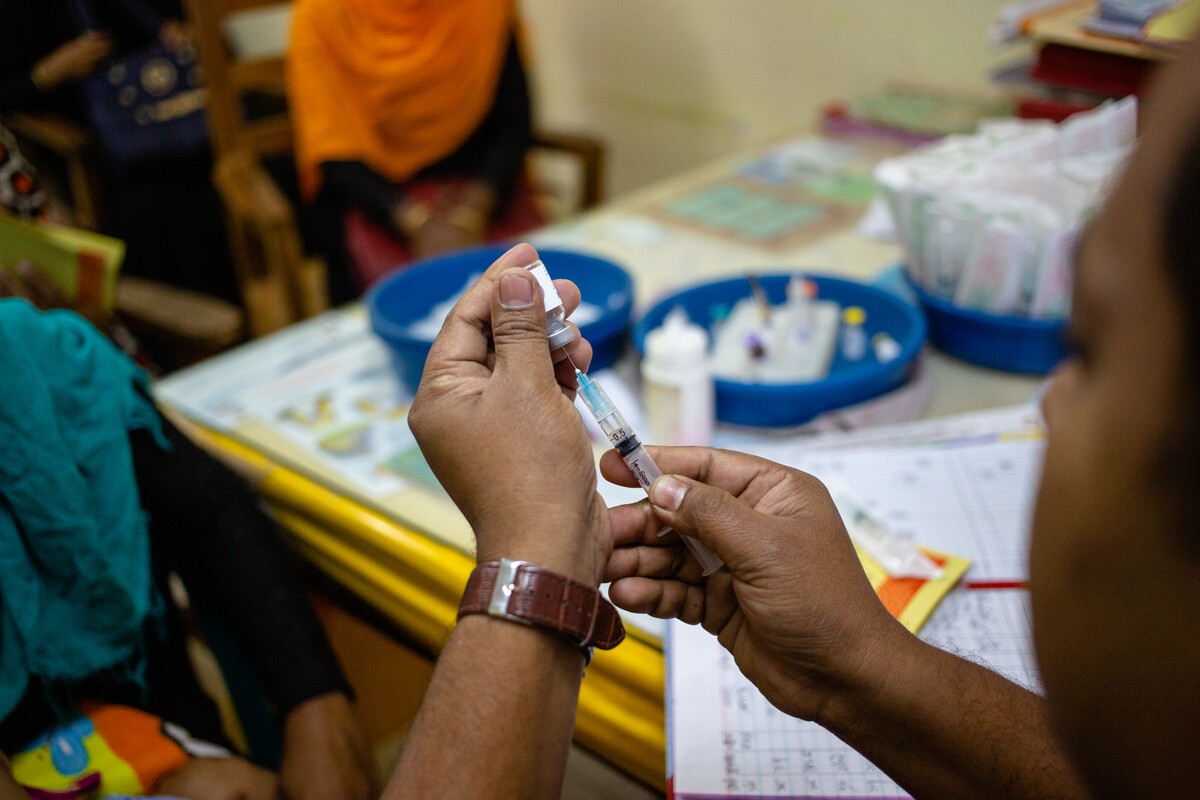 Despite the availability of a highly effective vaccine and targeted global policy, measles has persisted for decades. A new report from the Centers for Disease Control and Prevention and World Health Organization, with contributions from LSHTM, outlines the current global status of measles vaccination and burden. The report calls for dramatic increases in vaccination coverage and boosts in case-based surveillance systems to help reclaim lost progress towards measles elimination.

With sustained, global disruptions to routine immunisation systems and delayed supplementary campaigns in select settings, the risk of measles resurgence on a global scale has risen. The possibility of increased cases of measles subsequently yields the potential for increased associated deaths.

As measles surveillance systems in high burden settings often do not collect reliable information on measles deaths, mortality estimates are derived from estimates of measles incidence and case fatality ratios (CFRs). Research by LSHTM contributes to estimating location-, year-, and age-specific measles case fatality, which provides evidence for policy makers and vaccine delivery programmes to target interventions to individuals who are most at risk of dying from the disease.

As part of the CDC/WHO report, we used a systematic review and an expert consultation to establish population-level factors related to measles CFR to estimate measles case fatality. These factors include those that contribute to the overall quality of the health system, access and care-seeking behaviors (such as mortality in under-5’s and maternal education), risk of secondary infection (for example, proportion living in urban settings), nutritional status (such as vitamin A deficiency), and general measles epidemiology (for instance, case numbers themselves). Additionally, our work for the first time establishes the detailed relationship between age at time of infection and measles CFR with children under one having the highest risk of measles case fatality which declines as a person ages.

Generally, measles CFR has decreased among low- and middle-income countries since 2000. These decreases are likely attributable to developments in related factors, such as global improvements in the prevalence of malnutrition. However, as many of these factors related to measles case fatality have been impacted by the COVID-19 pandemic, improvements made in measles CFR have likely been lost. Additional research and continued interventions to address these gaps in service delivery, access to care, and vaccination coverage will be critical to prevent additional, avoidable deaths linked to measles.