I am a social scientist whose research focuses on the development and evaluation of complex interventions within health systems and services that address violence against women and against men in same sex relationships. My research spans high income and low-and-middle income countries and based in primary health care and sexual and reproductive health care settings. In particular, I am interested in questions about the transferability of these interventions in different settings, how context shapes intervention fidelity and the kinds of adaptive practices that emerge from this. An important part of this work involves drawing on theories that can help to surface and explain mechanisms that influence implementation processes. Another area of research that I am begining to develop is the intersection between violence against women and violence against children. In particular, opportunities for joint approaches to prevent and/or respond to intimate partner violence against women and child maltreatment. I have also conducted research on the use of mobile health technology in perinatal home visitation programmes that address intimate partner violence, and interested in how this may increase women's safe access to support in some settings.

I am Co-Director (Co-PI) of the NIHR Global Group on Health System Responses to Violence Against Women with the University of Bristol called HERA (further details in the Research section).

I am a former Global Marie Curie Fellow and alumni member.

Department of Global Health and Development

I am the Deputy Research Degree Coordinator for the Department of Global Health and Development. I supervise Masters and PhD students and I welcome enquiries about supervising PhDs and post-doctoral fellowships in the area of gender based violence and health system and service interventions in high income and low-and-middle-income countries. I currently supervise five doctoral students (4 internal and 1 external) and one LSHTM NIHR pre-doctoral student. I am Deputy Module Organiser for the Distance Learning module on the Principles of Social Research (PSR) and a seminar leader for in-house PSR. I contribute various lectures to the short course Gender Based Violence: Methods and Meaning, the Foundations of Reproductive Health and the Professional Diploma in Tropical Medicine & Hygiene. Through my research collaborations and links with external organisations, I endeavour to offer summer projects to Masters students who wish to engage in primary research.

I am Co-Director (Co-PI) of the NIHR Global Group on Health System Responses to Violence Against Women with the University of Bristol. The aim of HERA (Healthcare Responding to Violence and Abuse) is to develop and evaluate health care system and service responses to violence against women that link with community organisations, and ultimately ensure better health outcomes for women and children. Specific country studies are led by the University of São Paulo in Brazil, An-Najah National University in Palestine, Kathmandu University in Nepal and the University of Peradeniya in Sri Lanka. The World Health Organization is a collaborator and provides additional methodological, technical and policy expertise. HERA develop and pilot test locally adapted interventions, conduct economic evaluations and evidence syntheses. Currently the Group is developing ways of engaging community (e.g. women’s health and microfinance groups, community health workers) to address stigma and social norms in order to strengthen the health system response. HERA work closely with local key stakeholders at all stages of the research to ensure interventions are co-produced. Capacity strengthening underpinned by mutual learning among all partners is a key element of HERA’s work which is independently evaluated as part of the programme.

Co-principal investigator on an evidence synthesis for UNICEF entitled: What are promising and/or effective interventions that seek to prevent and/or respond to intimate partner violence against women and child maltreatment.

Co-investigator on the Gender, Justice and Security UKRI GCRF Hub led by the London School of Economics. I work with colleagues on the Methodological Innovation work stream which will innovate how to conceptualise and measure health and inequality and its contributions to peace and security. Current global indices and monitoring and evaluation tools do not link long-term peace and security with gender-based violence and health. Specifically, the research will develop and test a Women, Peace, Security and Health Index.

Co-investigator on an NIHR feasibility trial and nested process evaluation of a group based psychoeducational intervention for children exposed to domestic violence and abuse – Family Recovery after Domestic Abuse (FReDA). study Co-I community group programme – led by the University of East London.

Key collaborator on the 4th National Survey of Sexual Attitudes and Lifestyles funded by the Wellcome Trust, NIHR and ESRC.

Principal Investigator on work stream 3 of an NIHR funded Programme of Research on Violence in Diverse Domestic Environments (PROVIDE) which ran between 2009 and 2014. Work stream 3 was the first UK study to explore the prevalence and health impacts of domestic violence in gay and bisexual men attending a sexual health service and used epidemiological methods and qualitative research. The study also developed and pilot tested a training intervention to support sexual health practitioners in identifying and responding to men in same sex relationships exposed to domestic violence. The intervention included a referral pathway to GALOP who were project collaborators.

Principal Investigator: as part of a Marie Curie Global Fellowship funded by the European Commission (2013 to 2015) I conducted a nested qualitative study within a randomised controlled trial of the Domestic Violence Enhanced Home Visitation Program (DOVE). DOVE is an empowerment intervention to prevent and respond to intimate partner violence during pregnancy. Drawing on the interdisciplinary area of science and technology studies, the research explored how the technology was both shaping of and shaped by its social context during its development and integration.

Principal investigator on a theory-based evaluation of a multi-agency domestic violence intervention based in maternity and genitourinary services at a London-based NHS Foundation Trust (MOZAIC) MOZAIC was highlighted as a beacon of good practice by the UK Department of Health in their Report from the Domestic Violence Sub-Group Responding to Violence Against Women and Children - The Role of the NHS. This study, along with my PhD research, he first UK study to train midwives to routinely enquire about domestic violence, made an important contribution to UK health policy by informing the role of the NHS in responding to pregnant women exposed to domestic violence. 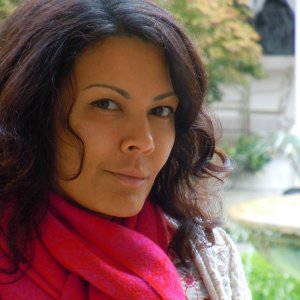