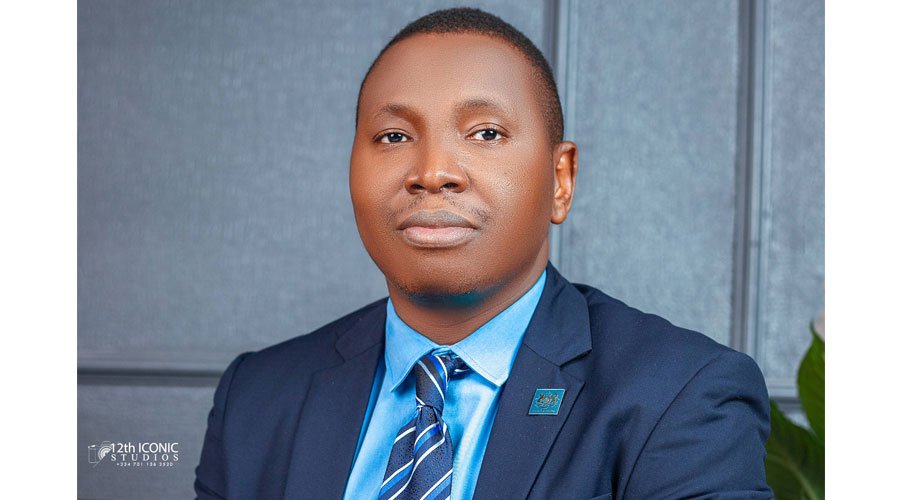 Dr Balogun was the winner in the Social Action category of this year’s awards, which celebrate the outstanding achievements of alumni and showcase the impact and value of a UK higher education. The four winners are selected by the global judging panel in the final stage of an extensive judging process of the 28 global finalists. All winners and finalists are UK university alumni with outstanding success stories, representing 22 UK universities and 19 countries, and the Social Action category specifically recognises alumni who have made an exceptional contribution and commitment to creating positive social change and improving the lives of others. The awards are co-ordinated by Study UK, a British Council-affiliated organisation which provides information and support for students who are considering studying at a UK university.

Israel was recognised for his exemplary work in advocating for, and facilitating discussions around, disability and gender inclusivity in public life. Having had his studies at LSHTM supported by a Chevening Scholarship, and also living with a disability himself, Israel’s passion for driving forward initiatives which create opportunities for disabled people to contribute to their communities is deeply personal. He has worked with high-profile institutions and NGOs including the Foreign, Commonwealth & Development Office (FCDO), the United Nations, CBM International, Humanity and Inclusion (formerly Handicapped International), the World Bank, UNICEF, WHO, and Save the Children. His role has been providing technical support on disability inclusion across health, education, livelihood and governance across humanitarian, peace, and development nexus, and insight into how disability inclusion can be mainstreamed through policies and legislations. He has fiercely promoted the needs of disabled people across Africa – including in Nigeria, Cameroon, Sierra Leone, and Somalia; and the Middle East in Iraq – and aims to lay the foundations to enable their acceleration into prominent public roles. He is proud that his evidence-based research for policy formulations has helped to shape public policy in a number of ways, including the establishment of a disability commission in some states and at the national level in Nigeria.

Israel has received millions of dollars in funding for his work, including from the FCDO, the German government, the World Bank, and the UN. Still at a young age, Israel is in the midst of a highly influential and impactful career which could see him use his considerable knowledge and skills to help effect profound changes for the future prospects of people living with disabilities around the world.

Outside of his professional life, Israel also volunteers his time as a mentor to prospective Chevening Scholarship applicants. Since 2017, in collaboration with the British High Commissioner in Nigeria and the Chevening programme itself, he has lent his experience and expertise to over 40 students, with 14 of them completing their master’s degree programme at LSHTM. He facilitates workshops in conjunction with the British Government through the Chevening scholarship team in Nigeria where they can receive support with their applications and, later, their preparations for the interview stage of the application process. Israel, the first Chevening Scholar with a physical disability to come to the UK, has persistently advocated for the British High Commission and the FCDO to provide further opportunities for people with disabilities through Chevening Scholarships and similar initiatives, and these workshops form just one part of his activism in this field.

We spoke to Israel shortly after the announcement of his award, and he spoke warmly of his time at LSHTM, and told us of his total surprise, and pride, at hearing the news.

“Studying at LSHTM was an amazing experience. During my time there I not only learned a great deal from lecturers, including Professors Allen Foster and Hannah Kuper but I was able to network with an incredibly diverse community of fellow students and academics which I found very rewarding. LSHTM also crucially taught me soft skills which I have depended on when seeking to influence public policy. Without my education, and of course the support of the Chevening Scholarship, I would never have been in a position to win this award. I am so humbled to have been selected, and it still feels like a dream!”

LSHTM would like to extend our sincere congratulations to Israel for this award, and for all that he is doing to advocate for inclusivity in all walks of life. We are truly proud to see a member of our alumni community making such strides to improve health equity for all people around the world, an ethos which is at the heart of all that we do as an institution. Congratulations, Israel!