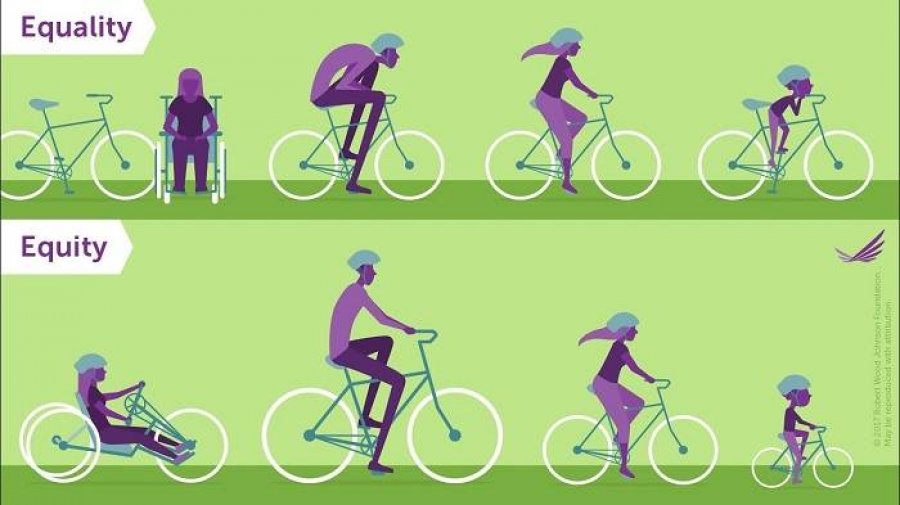 Diversity work has been described as “messy, even dirty, work” involving “sweaty concepts, concepts that come out of the effort to transform institutions that are often not as behind that transformation as they appear to be” (Ahmed 2017: 94). Following extensive consultation over the last 18 months and the recent approval of LSHTM’s new Equity, Diversity, and Inclusion (EDI) strategy, it feels like a good opportunity to reflect on this. Certainly, throughout the consultation, all kinds of questions were raised which reflect such messiness in EDI work though not in a straightforward way. Some of the questions which I aim to reflect on in this blog, in essence, focus on firstly, what we actually mean by diversity work, secondly, what (or who) the levers of change are within an organisation and, thirdly, how we can (all) contribute to transformation.

What do we mean by diversity work?

Firstly then, the logical starting point is what we mean by diversity work. Historically this may have been understood as the work of a few EDI practitioners focusing on institutional compliance, writing policies which may or may not be read or developing initiatives which focus on individuals, often based on a deficit model. Thankfully, it is increasingly recognised that diversity work needs to go beyond this. That a compliance or neutral ‘equality of opportunities’ approach does not go far enough as evidenced by outcome inequities – the degree awarding gap and the scarcity of black female professors being a couple of the most frequently cited examples within the HE sector.

It is now generally acknowledged that diversity work needs to involve identifying structural and systemic inequities. This in turn signals the importance of being proactive in closing inequitable outcome gaps through positive action and, for example anti-racist strategies, developed from a structural perspective. An example might be tackling inequities in academic staff promotion. A structural approach would identify whether promotion criteria themselves favour specific groups and recognise that promotion is dependent on career development opportunities and informal sponsorship, often limited in availability. An example of a resulting programmes might be UCL’s inclusive advocacy (also described as inclusive nepotism!) programme or a programme which also requires mentors, sponsors or line managers undertaking anti-racism development.

How do we transform commitment into action?

Through consultation on LSHTM’s EDI strategy, there was fairly unanimously call for such an approach and this is reflected in the resulting commitment and aspirations. Approval of the strategy at Council at the end of March 2021 now moves us to implementation and leads us to the second question I want to reflect on – what (or who) are the levers of change within an organisation – i.e. how do we transform commitment into action. Recognising structural inequalities raises important questions about agency and the possibility to disentangle from the very structures we are trying to breakdown. While not here wanting to get bogged down here in a ‘structure’ / ‘agency’ debate, it is essential to note that as well as identifying structural barriers we also need to identify the levers of and ways to instigate change. It is also helpful to reflect on decolonisation movements within higher education which have been described as an ongoing process which seeks to transform. With this in mind and, again reflecting on and responding to the consultation, we have centred ‘EDI pillars’ as underpinning LSHTM’s approach. This includes effective EDI structures – governance, policies and process – as well as clear lines of accountability.

When thinking about accountability and commitment to institutional transformation, the obvious answer is of course the senior leaders and clearly, they have a pivotal role in ensuring meaningful action. And, as Professor Paul Miller suggests in a recent podcast, moving beyond compliance, requires courageous social justice leadership. Senior leaders acting as executive sponsors can have significant influence – within decision-making processes, through ensuring adequate resources, by positively driving change and acting as inclusive role models are just some examples.

EDI practitioners, or champions, within an organisation also clearly play a key role. To this point, I am very conscious of both the potential role of EDI teams and of the boundaries, frustrations, and limitations. It can be an incredibly slow process and at times feel like a ‘brick wall’ (Ahmed, 2017: 96) of resistance. This ‘brick wall’, however, comes in many guises ranging from lack of awareness, disinterest, privilege to an unwillingness to engage or prioritise or, indeed, where diversity work ‘becomes embodied in the diversity worker’ (Ahmed, 2017: 94) themselves. And in fact, some questions I do get asked reflect this embodiment in the form of a perceived all seeing and knowing ability to pick up on EDI issues across time and space. Seriously though, the EDI practitioner role has aptly been described as having ‘an oblique relation to the institution’ (Ahmed, 2017: 94) reflecting perhaps the important critical nature of the role and we should provide subject matter expertise in terms of identifying barriers and possible solutions. However, subject matter expertise and lived experience expertise often gets conflated. While of course there is overlap, it is essential that a diversity of views is heard which cannot be embodied in a few individuals or their lived experiences. This, of course, makes staff and student networks, as well as more formal committee structures and channels of communication, so important. We need lived experience and diversity of views embedded within decision-making.

How can we (all) contribute?

However, not having specific lived experiences or subject matter expertise does not preclude people from having an active role. And this links to the third and final question focused on here – how we can (all) contribute to transformation. Often the focus has been on diversity training, especially unconscious bias training, but I think that is too passive. While there is limited space in this blog, I think the concept of ‘the single story’ (Abagond, 2009) highlights the need for a more active approach.

As Adiche in her TED talk explains so accessibly, single stories emerge because of (un)conscious or unchallenged biases which create and are created by stereotypes. Those in positions of power and privilege can control what stories are told, how and by who. By recognising the single stories at an institution, we are able to deconstruct common or dominant narratives as well as raise marginalised voices. It becomes possible to identify and challenge these. We can all be story disrupters – by listening, giving space, boosting minoritized voices, and being active allies. In other words, we all have a role to play but especially those in positions of privilege and power.

To conclude if we think back to the example of promotions and career development, there are different roles at play. From senior leaders responsible for a promotions process and defining the criteria, to leaders implementing in local teams and line managers (or mentors) who have a role to reflect on who they are advocating for and ensuring access to career development opportunities. The structural nature of EDI work means that a nuanced and pervasive approach is required with responsibility and agency at all levels, management, team and individual. And consequently perhaps the messiness reflected on at the start of this blog is in many ways part of the nature of the work?

See more from the Equity, Diversity and Inclusion blog.