Prevention of epidemic meningitis in Africa 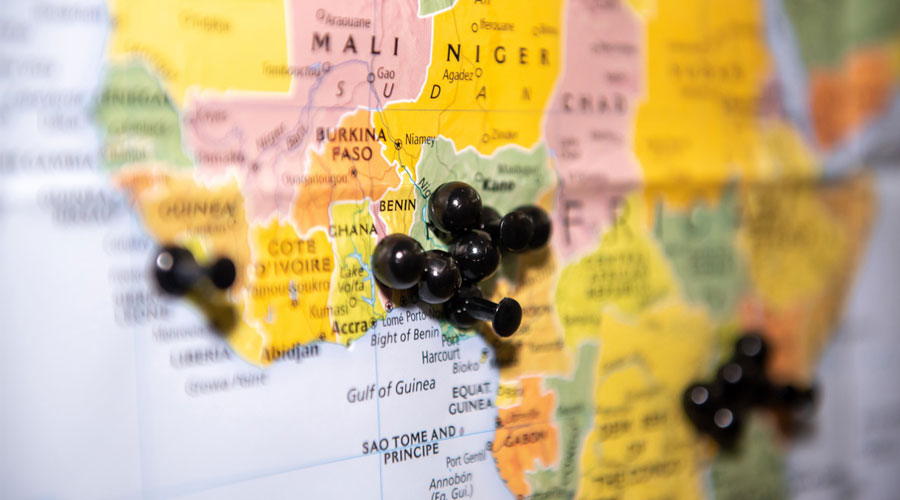 LSHTM research underpinned the rollout of the novel group A meningococcal conjugate vaccine (MenAfriVac), which halted the scourge of epidemic meningitis across the African meningitis belt and prevented over 100,000 deaths. More than 300 million people aged one to 29 in this area and in neighbouring countries had the vaccine. The clinical trial showed for the first time that MenAfriVac was highly effective at preventing meningococcal disease and carriage. This accelerated the move to implement mass vaccination campaigns, which ultimately led to group A meningitis virtually disappearing from the entire region.

For the last century, there have been frequent large epidemics of meningococcal meningitis in the Sahelian and sub-Sahelian region of Africa. Stretching from the Gambia in the west to Eritrea in the east, the area is known as the meningitis belt. These epidemics were mostly caused by strains of Neisseria meningitis, the meningococcus belonging to the capsular group A. With no vaccine, the epidemics caused many deaths and widespread disruption to the health systems and communities.

In 2001, a public-private partnership (The Meningitis Vaccine Project) of the World Health Organization (WHO), the non-profit global health organisation PATH, and the Serum Institute for India, developed an affordable group A meningococcal vaccine for use in Africa. The vaccine, MenAfriVac, was prequalified by the WHO in 2010 based on its safety and immunogenicity, but there were no direct data on its ability to prevent meningococcal disease. Scientists needed to study carriage to fully understand the epidemiology of meningococcal infection as most people infected with meningococcus show no symptoms, but are responsible for transmitting the infection. Therefore, a successful vaccine had to prevent carriage. In 2009, an LSHTM-coordinated consortium, The African Meningitis Consortium (MenAfriCar), was set up to study meningococcal carriage in the African meningitis belt. This included an evaluation of the impact of MenAfriVac on meningococcal disease and carriage led by Professor Brian Greenwood.

Chad — the only country in the meningitis belt to be experiencing a group A epidemic at the time of the first deployment of MenAfriVac — was unable to introduce the vaccine across the whole country simultaneously due to its large size and underdeveloped infrastructure. Only the capital N’Djamena and its surroundings were vaccinated initially. This staggered implementation provided an opportunity for MenAfriCar to study the impact of the MenAfriVac vaccine. LSHTM staff working within MenAfriCar established strong links with partners in Chad, and the consortium strengthened epidemic surveillance measures and laboratory detection of meningococci in the country. LSHTM staff obtained funding for the evaluation, planned its design and supported local teams undertaking surveillance for meningitis, detection of carriage and laboratory detection of N.meningitidis and other causes of meningitis. LSHTM’s main partner in Chad was the Centre de Support en Santé International, which carried out some of the surveillance activities and conducted the carriage studies. LSHTM staff also worked with the Ministry of Health and Médecins sans Frontières in their efforts to contain the epidemic. Laboratories in Oxford and Oslo undertook molecular characterisation of meningococcal isolates obtained during the epidemic.

In 2012, when vaccination was restricted to N’Djamena and surrounding areas, there were 57 cases of meningitis in approximately 2.3 million residents in the vaccinated areas, and 3,809 cases among the 8.7 million residents in the non-vaccinated areas. This represented a 94% reduction in case incidence of meningitis. Vaccination had been restricted to those aged 1 to 29, but cases were prevented in all age groups, suggesting that the vaccine interrupted transmission of the epidemic strain by preventing carriage of meningococcus.

The two large pharyngeal carriage studies conducted by MenAfriCar from 2010 to 2012 in an area south of N’Djamena confirmed this observation. 32 group A meningococcal carriers were found in 4,278 age-stratified subjects 2-4 months before vaccination, but only one carrier was found in the 5,001 subjects tested 4-6 months after vaccination. This study demonstrated for the first time that MenAfriVac was highly effective in protecting not just vaccinated but also unvaccinated individuals, via herd immunity, and could halt an epidemic.

Further evaluation studies by the consortium in countries which had introduced the vaccine demonstrated that MenAfriVac had achieved high vaccination coverage, with results published in 2015 showing significant decrease of disease incidence and reductions in pharyngeal carriage in both vaccinated and unvaccinated individuals. These provided further confirmation that the vaccine generated herd immunity and prevented meningitis A epidemics.

The research carried out by the MenAfriCar consortium in Chad, led by staff from LSHTM and local partners, demonstrated for the first time that MenAfriVac was highly effective in reducing transmission of group A meningococcus by preventing carriage and thus halting an epidemic. It also suggested that if people across the meningitis belt were given the vaccine, group A meningococcal disease could be eliminated. Crucially, the findings gave the international community, including The Global Alliance for Vaccines and Immunization (Gavi), the confidence to invest in and accelerate widespread deployment of the vaccine. It has since been given to over 300 million people in Africa through mass campaigns. On the basis of study results, MenAfriVac has also been incorporated into the routine infant immunisation programme in many African meningitis belt countries to sustain protection against group A outbreaks.

The trial results were disseminated through face-to-face meetings with stakeholders in the Ministry of Health and major non-governmental organisations in Chad, as well as with WHO staff. The study findings were also presented in reputable journals, at a meeting of the UK Meningitis Research Foundation in November 2013, and at a symposium during the 2014 annual meeting of the American Society of Tropical Medicine and Hygiene.

LSHTM researchers presented their results at the WHO Strategic Advisory Group of Experts on immunisation meeting of October 2014 in the session ‘Meningococcal A conjugate vaccine impact and routine immunisation schedule in infants and young children’. The study results were cited in the WHO 2015 Meningococcal A conjugate vaccine updated guidance on the use of meningococcal conjugate vaccines, and led the WHO to emphasise the importance of completing mass vaccination campaigns in individuals aged 1 to 29 years in all countries in the African meningitis belt. Based on the high level of herd immunity demonstrated by mass campaigns, the updated guidance in 2015 specifically introduced additional recommendations to those in the 2011 position paper:

a) That countries of the African meningitis belt complete their campaigns in individuals aged 1-29 years and introduce one dose of meningococcal A conjugate vaccine at 9-18 months of age into the routine immunisation programme within 1-5 years following their mass campaign. A one-time catch-up campaign should also be conducted for birth cohorts born since the initial mass vaccination and who will be outside the target age for the routine dose.

b) That periodic campaigns should be considered where routine childhood vaccination is less than 60%, to provide sufficient herd protection to protect those not immunised.

These updated recommendations benefited the rest of the meningitis belt countries still to experience implementation of MenAfriVac via Gavi support; a further 60 million people via catch-up campaigns in the Democratic Republic of Congo, South Sudan, Guinea Bissau, Chad, Kenya (2016) and Burundi, Eritrea, Rwanda, and Tanzania (2017).

In 2018, a WHO task force was established to develop a global roadmap for how to control and defeat meningitis by 2030, with LSHTM representation in their capacity as experts. The roadmap set out a call to action to improve prevention and epidemic control of meningitis, disease surveillance and treatment, support for patients, and advocacy and engagement, and in 2020 the World Health Assembly approved the roadmap and adopted a new resolution to defeat meningitis within the decade.

Mass rollout of the vaccine

A review by the WHO of country reports on MenAfriVac and routine WHO immunisation data showed that by the end of 2018, 304.9 million people in 22 of 26 meningitis belt countries had received MenAfriVac through mass campaigns. By the end of 2018, a total of eight of the 26 countries had introduced MenAfriVac into their routine immunisation programmes including seven with catch-up vaccinations for birth cohorts born after the initial roll-out: Ghana and Sudan (2016), Burkina Faso, Central African Republic, Chad, Mali and Niger (2017), and Côte d’Ivoire (2018). The Central African Republic introduced MenAfriVac into its routine immunisation programme immediately after the mass 1- to 29-year-old vaccinations in 2017 so no catch-up was needed. The Gambia and Nigeria ran catch-up campaigns in 2019 before introduction into routine immunisation.

By targeting over 227 million 1 to 29 year olds between 2010 and 2018, the mass vaccination campaigns helped to bring about herd immunity in the 26 countries of the meningitis belt. Serogroup A meningitis virtually disappeared in all areas where the vaccine was given, with the primary cause of epidemic meningitis, the group A meningococcus, practically eliminated from the entire region. In vaccinated populations, confirmed group A diseases incidence was reduced by more than 99%. It was estimated in 2015 by the Centre for Global Development that 142,000 young lives were saved, around 284,000 permanent disabilities avoided, and more than 1 million meningitis cases prevented. MenAfriVac was also featured in the ‘Millions Saved’ project in the published book Millions Saved: New Cases of Proven Success in Global Health, as a case study of a remarkable result developed from strategic partnerships, innovative technology, and a drive to end the cycle of disease.

Gavi disbursed USD367 million to meningitis A programmes for campaigns and an emergency stockpile of the vaccine, offering financial support to countries integrating MenAfriVac into childhood immunisation programmes. The mass vaccination campaign cost USD1.40 per person, and it is estimated that MenAfriVac achieved a cost per Disability Adjusted Life Year (DALY) averted of USD96.36, confirming its cost-effectiveness.

While deployment of MenAfriVac may have eventually occurred in the African meningitis belt without the MenAfriCar research, the research of LSHTM and partners significantly contributed to the accelerated rollout and scale up of this vaccine, and continued global elimination efforts, as recognised by the WHO.