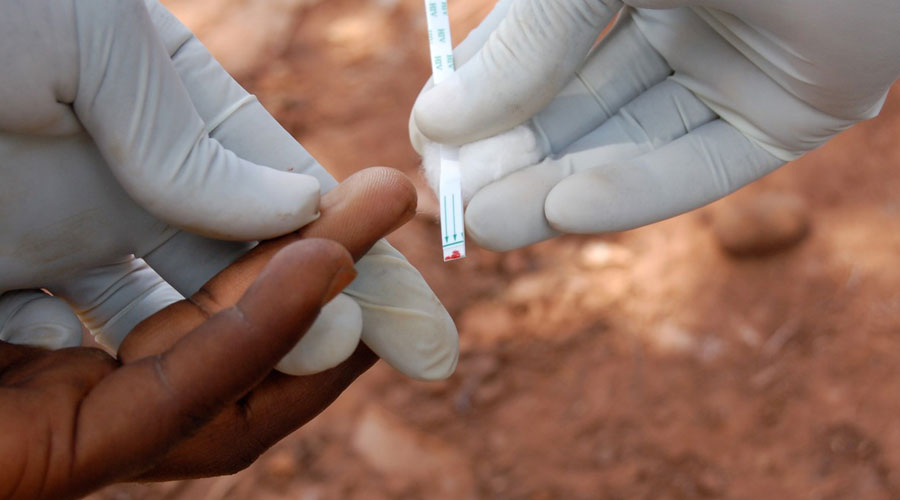 New preventive measures to reduce the spread of HIV are needed to tackle the evolving global epidemic. Research by LSHTM showed circumcised men had a much lower risk of HIV infection, and modelling studies estimated that male circumcision programmes in priority countries in sub-Saharan Africa could prevent 4 million HIV infections by 2025. This informed policy recommendations by WHO and UNAIDS, and led to the scale-up of voluntary medical male circumcision (VMMC) for HIV prevention programmes. Approximately 27 million VMMCs for HIV prevention were conducted between 2008 to 2020 in 15 priority African countries, averting an estimated 340,000 HIV infections, with over 21 million VMMCs taking place in this REF reporting period.

Discovering ways to prevent people from catching and spreading HIV remains a priority global health challenge. An estimated 38 million people were living with HIV in 2019, two thirds of whom live in sub-Saharan Africa. Approximately 1.7m people are newly infected with HIV every year, and despite advances in antiretroviral treatment, 0.7m per year die of HIV-related causes.

From 1997 onwards, LSHTM’s Professor Helen Weiss and Professor Richard Hayes as members of the Study Group on Heterogeneity of HIV Epidemics in African Cities, identified male circumcision and herpes simplex virus type 2 as independent individual-level risk factors for HIV infection. The group carried out a series of large, population-based cross-sectional surveys in four African cities, investigating the different prevalence of HIV across East and West Africa published in 2001. This work, along with a systematic review and meta-analysis of circumcision as a risk factor for HIV-1 infection in males in sub-Saharan Africa in 2000 provided the foundational research for three subsequent randomised controlled trials (RCTs) between 2002 and 2003 by French and American teams which conclusively showed that male circumcision reduces HIV acquisition by between 48-60%.

In 2008, they participated in an expert group formed by UNAIDS, the World Health Organization (WHO) and the South African Centre for Epidemiological Modelling and Analysis (SACEMA) to model the impact of male circumcision on the HIV epidemic. The expert group’s modelling statement (2009), drawing on previous research, predicted that circumcision is capable of yielding large benefits among heterosexual men in low circumcision, high-HIV prevalence settings, averting one HIV infection for every 5-15 male circumcisions performed.

Extensive, multidisciplinary LSHTM research on male circumcision underpinned international policy recommendations which led to increased use of VMMC to prevent HIV, especially in sub-Saharan Africa. The researchers’ systematic reviews, meta-analyses and economic modelling studies drew from a wide body of research to directly inform WHO HIV prevention guidance. The impact of these policies, guidance and programmes has been further realised since 2013 by the vast scale-up of VMMC services, and the number of HIV infections avoided.

WHO/UNAIDS Operational Guidance (2008) for countries on scaling up VMMC services for HIV prevention was directly informed by LSHTM’s evidence of a strong link between male circumcision and reduced HIV prevalence, as well as evidence that the procedure protected against ulcerative STIs. In 2011, WHO/UNAIDS with The President’s Emergency Plan for AIDS Relief (PEPFAR), the Bill and Melinda Gates Foundation and the World Bank, published a joint strategic 5-year action framework to accelerate the scale-up of VMMC for HIV prevention in Africa. This was underpinned by the modelling done by the UNAIDS/ WHO/ SACEMA expert group, which highlighted the cost-effectiveness of VMMC and outlined male circumcision as an important HIV prevention strategy, alongside other methods such as condom promotion. This laid the foundations for subsequent guidelines and policy statements.

Economic and health impacts since 2014 - developing guidelines and setting targets

The 2011 WHO/ UNAIDS strategic framework, based on LSHTM evidence, set a goal of circumcising 80% of males in priority countries by 2016 (approximating 20 million circumcisions), and undertaking an additional 8.4 million circumcisions between 2016 and 2025. Achieving this 80% coverage among men aged 15 to 49 in the priority countries was estimated to cost USD1.5 billion, but would result in savings of USD16.5 billion by 2025 due to HIV treatment and care costs which would be avoided. As coverage began to gain pace, in 2015 UNAIDS identified VMMC as a crucial intervention and ‘HIV prevention pillar’ to achieving the global fast-track target of fewer than 500,000 new HIV infections annually by 2020, in line with Sustainable Development Goal (SDG) target 3.3: to end AIDS as a public health threat by 2030, and other SDGs relevant to the HIV response. The 2015 UNAIDS Fast Track Strategy also called for renewed commitment to, sustained funding for, and scaled-up implementation of HIV prevention programmes, including VMMC, in the priority countries in eastern and southern Africa. The 2016 United Nations political declaration on ending AIDS set a target for an additional 25 million men in the 14 priority countries to be circumcised by 2020.

The systematic review of the trial evidence underpinned the updated WHO Guidelines for Preventing HIV through Safe Voluntary Medical Male Circumcision for Adolescent Boys and Men in Generalised HIV Epidemics, published in August 2020. These guidelines strongly recommended that VMMC continue to be promoted as an additional effective HIV prevention option within combination prevention for adolescents 15 years and older and adult men in settings with generalised epidemics, to reduce the risk of heterosexually acquired HIV infection. The guidelines stated ‘evidence that medical male circumcision reduces a man’s risk of heterosexual acquisition of HIV by 59% from three “gold standard” efficacy trials is supported by strong and consistent evidence of an overall 50% reduction in risk from 17 observational studies in diverse settings, including when implemented alongside ART, with its secondary prevention effect.’ Several LSHTM publications are referenced in the guidelines, contributing to this evidence.

Economic and health impacts since 2014 - saving lives and money

The most recent WHO report in stated that, since the implementation of the 2008 guidance until 2020, nearly 27 million men have been circumcised for HIV prevention in the 15 priority countries in East and Southern Africa: Botswana, Eswatini, Ethiopia, Kenya, Lesotho, Malawi, Mozambique, Namibia, Rwanda, South Africa, South Sudan, Uganda, Tanzania, Zambia and Zimbabwe. This met the United Nations 2016 commitment of 25 million voluntary male circumcisions by 2020. The majority of the impact of this intervention has been realised since 2014; the latest WHO/ UNAIDS progress report showed that approximately 21 million men were circumcised since then. This report also demonstrated the long-term impact of VMMC, estimating that if men and boys stopped accessing VMMC today, the number of HIV infections averted would rise to 1.8 million by 2030 and to 5.7 million by 2050; in practice, the benefits are likely to exceed this as programmes continue to provide access to VMMC. VMMC was found to be highly cost-effective, saving USD1,759 to USD3,300 (depending on targeted age group) per HIV infection in patient treatment and care costs, relative to no VMMC.

Expanding VMMC for HIV prevention has had direct benefits for female partners of circumcised men, reducing secondary transmission. It also reduces male and female oncogenic STIs such as human papillomavirus (HPV), as well as bacterial vaginosis, and ulcerative STIs (syphilis, herpes simplex virus-2, and chlamydia). These benefits have been evidenced by a comprehensive meta-analysis in 2014 published in the Lancet Global Health which found that VMMC had decreased the incidence of syphilis by 42% in circumcised men compared with uncircumcised men. This protective effect was greater for men with HIV, with a reduction of 62%, and female partner syphilis incidence was reduced by 59% overall. There is high-consistency evidence that male circumcision also protects against cervical cancer and cervical dysplasia.

Economic and health impacts since 2014 - a focus on safety

To address concerns about the safety of circumcision, efforts were put into developing improved methods and quality standards. As a direct result of her research expertise in this field, Weiss served on the WHO Technical Advisory Group (TAG) on Innovations in Male Circumcision (2010-present) and the WHO VMMC Guidelines development group (2017-2020) which was formed to review more broadly the evidence and policy guidance for scale-up of VMMC.