London School of Hygiene & Tropical Medicine London School of Hygiene & Tropical Medicine https://lshtm.ac.uk/themes/custom/lshtm/images/lshtm-logo-black.png
Delighted to announce that Katherine, LSHTM’s TB Centre Director, has been awarded the prestigious Union Scientific Prize which recognises researchers at any stage of their career for work in lung health published in the last five years. Katherine collaborates with epidemiologists, health economists and modellers within and outside the School. 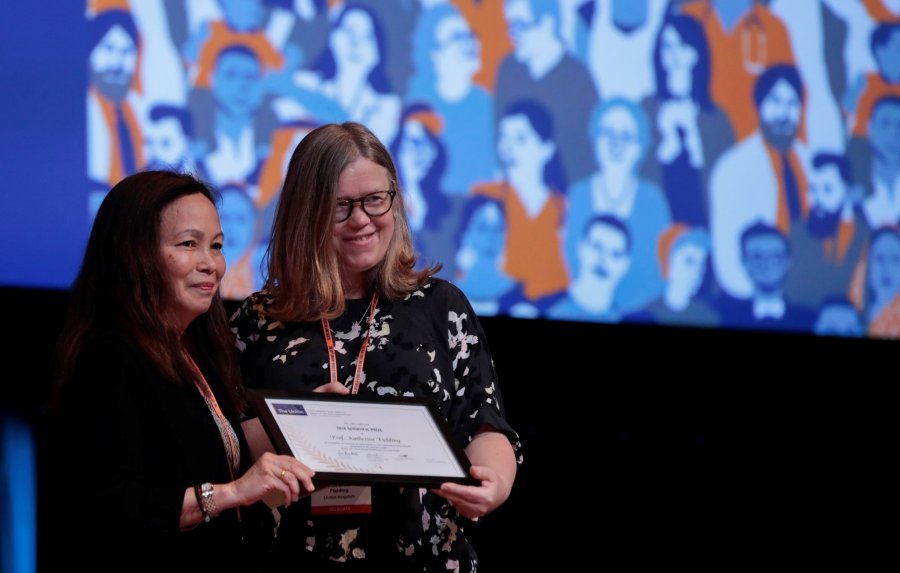 Katherine is Professor of Medical Statistics and Epidemiology at LSHTM and honorary professor at the University of Witwatersrand, South Africa, and has special expertise in the design and implementation of cluster-randomised trials (CRTs) to rigorously evaluate new TB interventions.

She has been a senior investigator and statistician on a series of ground-breaking trials. She co-led the biostatistics core of the Gates-funded CREATE Consortium, and within CREATE was a senior investigator on the Thibela TB community-randomised trials. Thibela TB showed that an intervention among gold-miners involving mass preventive therapy did not lead to a sustained reduction in TB incidence, emphasising the importance of combination prevention in areas with high HIV prevalence.

Katherine played a leading role in Oflotub, one of the landmark TB regimen-shortening trials. Oflotub’s 4-month regimen did not show non-inferiority to the standard 6-month regimen.

More recently, Katherine has helped to lead a Gates-funded CRT of electronic treatment reminders and text messages to improve adherence in China. Most notably she was PI (jointly with Steve Lawn) of the ground-breaking STAMP trial, a CRT measuring the impact of urine-based TB diagnosis in hospitalised HIV patients. The primary results were reported this year and showed that urine-testing resulted in a significant increase in diagnosis of TB in severely immunocompromised patients and a reduction in mortality to 2 months. The findings have important implications for TB programmes, indicating the value of urine-based screening to avoid patients at high risk of mortality from being discharged with undiagnosed TB.

The award was presented at the Union World Conference on Lung Health and consists of a full fellowship to attend the conference, US$ 2,000 and a certificate. Well done, Katherine!