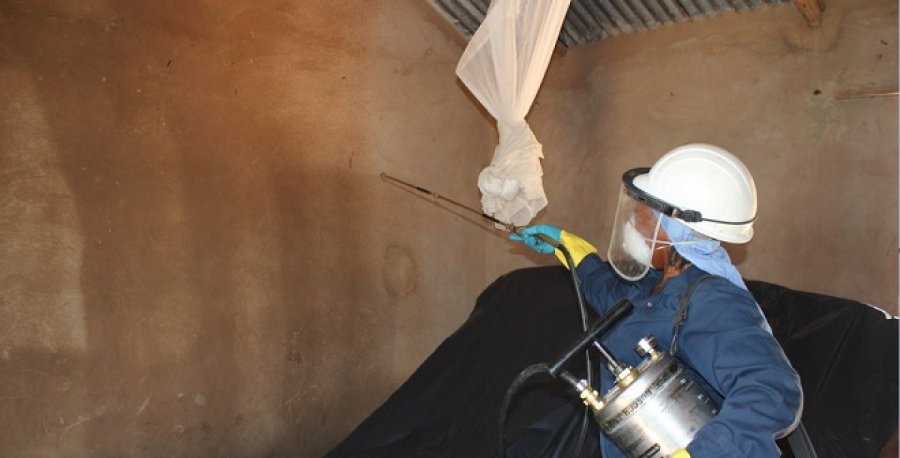 Furthermore, the targeted Indoor Residual Spraying (IRS) intervention was safe, less costly, and more cost-effective compared with standard 'blanket' IRS, meaning savings could potentially be reallocated to other malaria control and elimination activities. IRS refers to the application of insecticide onto the interior walls of houses. The study, by the Wits Research Institute for Malaria (WRIM) and the London School of Hygiene and Tropical Medicine (LSHTM), was published in The Lancet on 25 February 2020.

Malaria still represents one of the world’s largest health crises, particularly on the African continent where 94% of cases and deaths occur (World Health Organization, 2020). Most countries in southern Africa have set the elimination of malaria within their borders as a policy target. In South Africa, IRS has been effectively used since 1945. As a result, malaria transmission is low, but persistent. Malaria transmission is confined to the north-eastern border districts of Mpumalanga, Limpopo, and KwaZulu-Natal provinces. IRS has been a highly effective strategy for controlling malaria in many countries. However, IRS is logistically challenging when deployed at scale and its costs are rising, due in part to the challenges posed in addressing resistance of malaria vector mosquitoes to low-cost insecticides. Furthermore, it may be unwarranted and unsustainable to spray all houses in areas where malaria is rare (but not eliminated), particularly when resources are limited.

At a global level, spending on malaria prevention and treatment has remained stagnant for almost a decade, despite rising unit costs and growing populations. More efficient strategies are therefore urgently required to sustain malaria elimination efforts in low transmission settings.

The study, titled Effectiveness and cost-effectiveness of reactive, targeted indoor residual spraying for malaria control in low-transmission settings: a cluster-randomised, non-inferiority trial in South Africa, was the first to investigate whether reactive, targeted IRS is non-inferior and more cost-effective compared with the standard practice of an annual mass spray campaign ahead of malaria season. The trial was conducted in residential areas (clusters) in Bushbuckridge, Mpumalanga and in Phalaborwa, Limpopo province.

Clusters were randomly assigned to either the targeted or the standard approach. In the intervention arm of the trial, the teams only sprayed houses in response to a reported malaria case, and restricted spraying to just that house [the index case house] and up to eight neighbouring houses within 200m.

The targeted intervention therefore involved a substantial reduction in spraying, directed only at neighbourhoods where there had been recent evidence of malaria transmission as indicated by the occurrence of a recent malaria case. Click here to see a map of southern African malaria transmission (2018).

“The targeted intervention cost less because it involved spraying far fewer structures, did not use contract sprayers, and used substantially less insecticide, transport, and equipment,” says David Bath, Research Fellow in Health Economics at LSHTM and joint first author of the study with Dr Jackie Cook, Associate Professor in Malaria Epidemiology at LSHTM.

The authors acknowledge that replacing an existing intervention, which has been standard practice for many years, would be politically and socially sensitive, and would require vigilance to avoid resurgence in cases. It is therefore important that strategies which reduce costs due to better targeting of IRS are based on robust evidence, as demonstrated by this study.

Mr Aaron Mabuza, co-chair of the South African Malaria Elimination Committee (SAMEC), co-author of the study and former manager of the Mpumalanga Provincial Malaria Control Programme, says: “I used to wonder whether there was an alternative to blanket IRS and this study on targeted IRS has addressed my question. The recommendations are realistic and implementable, and also tackle the problem of population increase, which now makes it nearly impossible for blanket IRS to be completed before high transmission starts.”

The findings of the study represent an exciting development to divest funds into other areas contributing to malaria elimination in very low-transmission settings across southern Africa.