The LSHTM and Colonial Histories 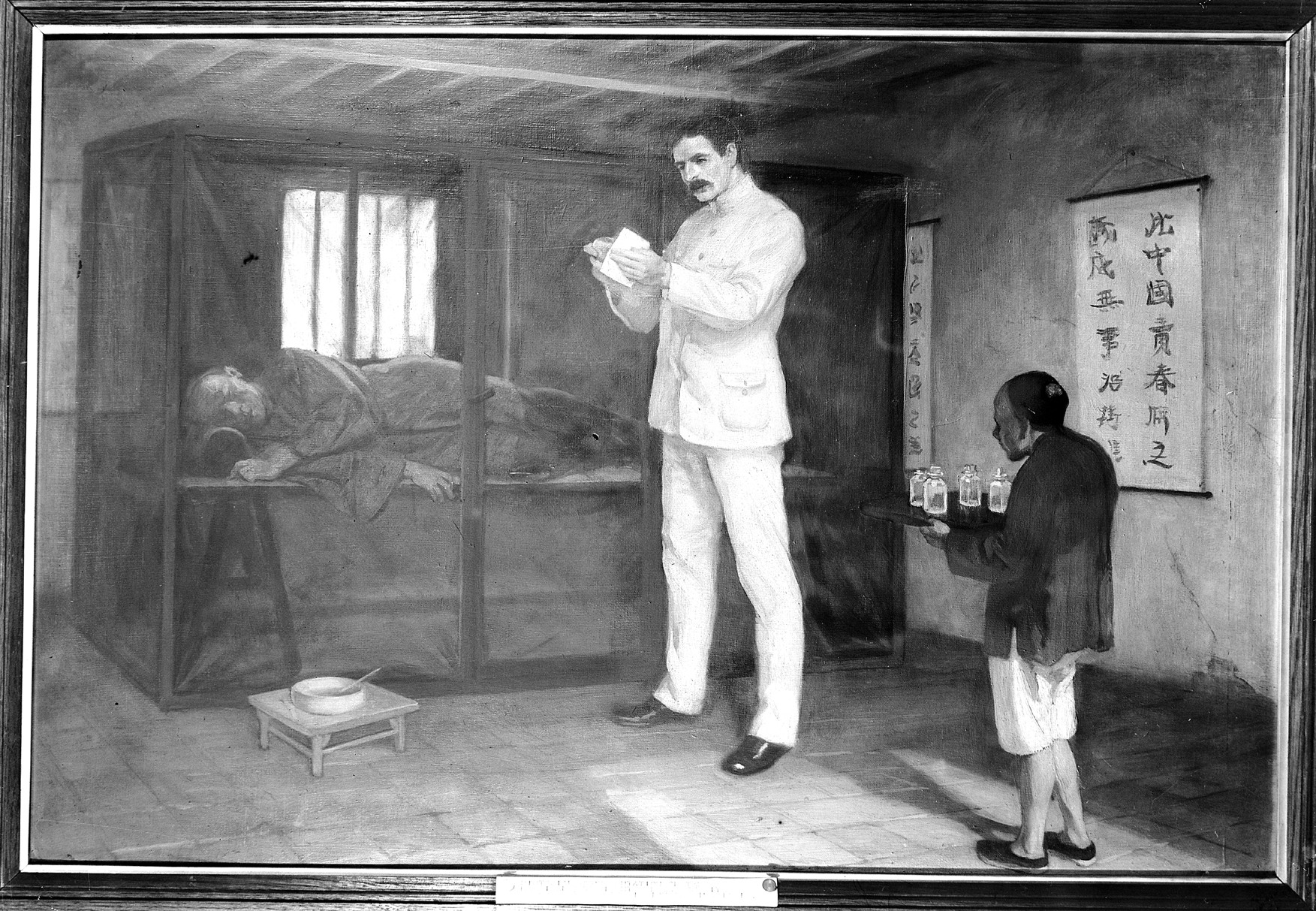 Patrick Manson experimenting with filaria sanguinis-hominis on a human subject in China. Painting by E. Board, ca. 1912. Credit: Wellcome Collection. CC BY

In light of parallel and interconnected movements to decolonise public health universities, curricula and practices, the LSHTM and Colonialism research project represents LSHTM’s commitment to researching its colonial history. As one of the leading public health universities in the world, and importantly, as a London-based institution with an explicit focus on research in formerly colonised countries, exploring LSHTM’s colonial legacies has the potential to inform research, teaching and working at the school.

As such, this research project drew on and situated itself among wider calls and movements to decolonise the university as a site of Eurocentric knowledge production. At LSHTM it builds on reflections and thought processes that emerged from the Decolonising Global Health group and the wider student and staff community. Specifically it drew largely on LSHTM’s own archives to critically interrogate and explore the school’s colonial entanglements between 1899 and 1960. The project aimed to understand the consequences of LSHTM’s engagement with the British Empire for research, teaching and the institutional development of the School. A particular emphasis was placed on funding, governance, functioning, teaching and partnerships at the School as well as on the underlying geographies of LSHTM’s colonial engagement.

The project was carried out by Dr Lioba Hirsch under the supervision of Professor Martin Gorsky, with further input from Dr Becky Martin and is situated in LSHTM’s Centre for History in Public Health.

Published in August 2022, the final report contributes to existing histories of the School and builds on postcolonial and decolonial analyses of tropical and colonial medicine, the British Empire, and colonial legacies.

We welcome emails from MSc students interested in doing essays or summer projects on the colonial history of the school or of public and global health more broadly.