Investigating quality improvement in general practices – what do they do and how do they do it? A survey of GPs and Practice Managers.

The project is taking a snapshot of quality improvement work in general practice – what helps and hinders efforts to improve practice services and explores the developing role of practice managers.

Improving General Practice Services is led by a team at the London School of Hygiene & Tropical Medicine, working in collaboration with the Royal College of General Practitioners.

Learn more
About the project
About IGPS

General medical practices deliver 90% of patient contact in the National Health Service (NHS). In England it is at the heart of changes to the way health services are commissioned and delivered, not least through the Five Year Forward View (NHS 2014), which has focussed on moving more and more aspects of care out of large hospitals and into a primary care setting, mainly general practice (for example: Dept of Health, 2006, 2010; Healthcare for London, 2007; NHS, 2014). In the rest of the UK general practice remains the key gatekeeper to other services. It is still central to the health of the population, being the first port of call and main deliverer of community based healthcare.

While Wales, Scotland and Northern Ireland have devolved responsibility for healthcare and have not been subject to the same reforms and restructuring, English general practice has undergone considerable change. Some of this was prompted by the advent of Clinical Commissioning Groups, such as moves to formal federations or informal networks, but also the rise of ‘super-practices’ and increased involvement of corporate private providers in the provision of general practice services.

In Scotland, the introduction of APMS contracts was recently rejected. In this volatile and multi-layered context and with increasing demands on GP services across the UK, service quality and how to improve the quality of general practice services has risen in priority. There have been many attempts to focus on quality improvement, to the extent that The Nuffield Trust in 2008 characterized them as “a bewildering and overwhelming profusion of Government-imposed policies and programmes” (Leatherman & Sutherland, 2008, quoted in Ham et al, 2016).

Following negative events such as at Mid-Staffordshire, much of the work done on quality improvement (QI) has been undertaken in secondary care, the recent study by The Health Foundation, for example, identified seven success factors for QI in secondary care. All this means that QI work in the myriad models of primary care has so far been less of a priority (Ham et al, 2016). The Kings Fund report “Improving the Quality of Care in General Practice” (2011), recognised that quality improvement was not yet embedded in primary care and was unable to quantify the amount of quality improvement that was being conducted at that time.

It is thus timely to investigate whether the ’success factors’ also positively impact on and support QI initiatives in primary care. Given that GPs are not employees but have a contractual relationship to the UK NHS, it is possible that the levers for change may overlap, but not directly correspond to those in secondary care organizations such as acute hospitals. In any event, these levers have been little studied in general practice.

Any study or exploration of the current general practice infrastructure for QI across the UK must also  assess the role of different members of the practice team within it, the facilitators and barriers to QI work in general practice, and consider whether, and, if so, how national policies support local initiatives, or need to change to better do so.

We are exploring the activities of both GPs (General Practitioners) and the managers of their practices (practice managers) across the UK, to find out what they do to improve the services they provide for their patients, how they decide what activities to focus on and whether they use any formal quality improvement tools. We will be trying to find out what helps and what gets in the way of efforts to improve services.

We will also be looking at change management activities. To do this we will be delivering two surveys. One will go to GPs who are members of the Royal College of GPs (RCGP; around 52,000 GPs) and a second to every practice manager in the UK (c.10,000). Because the health systems in the countries of the UK are devolved, we will be able to see what, if anything, is specific to those countries and compare across.

This is a unique opportunity to gather a wide variety of data on how general practice works and particularly on practice managers, who are a vital, but under-researched part of the general practice team.

Who we are
Team Block
Who we are 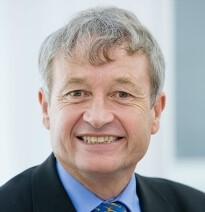 Supported by NHS digital I together with a colleague have developed a quality
improvement toolkit for diabetes care. I am a founding cohort member of the Q
initiative which is a new UK wide initiative led by the Health Foundation which aims
to connect people skilled in improvement across the UK. For RCGP Scotland together
with a colleague we have developed and piloted a module to support practices in
Scotland who are struggling.

In the past I have been involved in standard setting as a chair of the Quality Practice
Award, a lead for Practice Accreditation in Scotland and an advisor in the establishment of QOF.