Supporting government and partners in health system strengthening for better mental health of Syrian refugees and host communities in Lebanon.

GOAL is a three-year research project which began in February 2020 with funding from the United Kingdom’s Global Challenges Research Fund (GCRF). GOAL seeks to support health system responsiveness to the mental health needs of people affected by protracted displacement in Lebanon.

GOAL is a partnership between the National Mental Health Program of Lebanon (Ministry of Public Health), the London School of Hygiene and Tropical Medicine, ABAAD, St Joseph’s University of Beirut, War Child Holland (Research and Development Department and War Child Lebanon), and Positive Negatives. GOAL applies a co-production approach, with key stakeholders centrally involved in the project design and implementation.

The aim of GOAL is to support government and partners in strengthening the ability of health systems to meet the mental health needs of refugee and host communities affected by protracted displacement, focusing on Lebanon. GOAL consists of five Work Packages focusing on governance (transparency, accountability, and integrity), governance (participation), financing, and capacity strengthening.

There are over one million Syrian refugees living in Lebanon, with the majority living in Lebanon for over five years. Lebanon is experiencing many of the health challenges found in other protracted displacement settings, such as high unmet mental health needs among refugee and host populations and fragmented health policy responses. While effective mental health services exist, there are major gaps in access to them. The challenge is how to best deliver such services, including designing health systems to support effective delivery. This requires the close involvement of Syrian refugees and Lebanese living with mental disorders in designing relevant and impactful services and systems.

GOAL is a three-year research project which began in February 2020 with funding from the United Kingdom’s Global Challenges Research Fund (GCRF).  It is a collaboration between the London School of Hygiene and Tropical Medicine, the National Mental Health Program of Lebanon, St. Joseph’s University of Beirut, Abaad, War Child Holland (Lebanon office), and Positive Negatives.

The overall aim of GOAL is to support government and partners in strengthening the ability of health systems to meet the mental health needs of refugee and host communities affected by protracted displacement, focusing on Lebanon.

The specific objectives of GOAL are to:

GOAL is a partnership between the National Mental Health Program of Lebanon, the London School of Hygiene and Tropical Medicine, ABAAD, St Joseph’s University of Beirut, War Child Holland (Research and Development Department and War Child Holland), and Positive Negatives. GOAL applies a co-production approach, with key stakeholders centrally involved in the project design and implementation.

Gender is a cross-cutting issue informing all aspects of GOAL. The work on gender will examine how structures, practice, and culture influence gendered expectations, roles, and power imbalances; and this in turn influences governance, policy making and the different lived experiences of using mental health services.

Co-production is also central to the GOAL approach, particularly involving the National Mental Health Program of Lebanon and mental health service users in the co-design and co-implementation of the project activities and outputs. We will also examine the benefits and challenges of co-production for the research in GOAL.

The objective of Work Package One is to explore barriers and facilitators to strengthening health system governance for supporting access to culturally appropriate mental health care for Syrian refugees and host populations in Lebanon. We use the TAPIC framework on health system governance, based upon governance attributes of transparency, accountability, participation, integrity and capacity. The research methods include literature reviews, qualitative interviews, and quantitative surveys with service providers.

The objective of Work Package Three is to identify sustainable financing mechanisms that can strengthen health system responses for mental health services for refugees and host communities in Lebanon. The research methods will include systematic reviews, secondary data and document review, a quantitative survey with mental health service users, and qualitative research with Syrian refugees and Lebanese host populations, local and national stakeholders from government, NGOs, UN agencies and refugee representatives working on MHPSS programming and policies.

The objective of Work Package Four is to strengthen capacity on governance and health financing to build a resilient and sustainable health system addressing the mental health needs of refugees and host populations in Lebanon. It will include technical training related to governance and financing, intuitional support for conducting research, and support to individual researchers through professional mentoring and development programmes.

The objective of Work Package Five is to maximise the value of the project findings and methods for other protracted displacement settings in other countries. Activities will include: the development of analytical frameworks on mental health governance and financing in protracted displacement settings to support the project’s work in other protracted displacement contexts; and three workshops in Beirut, London, and Nairobi. The communications formats led by Positive Negatives will also be used to provide examples of innovative materials demonstrating the participation of mental health service users in research, policy-making processes, advocacy and public engagement.

The GOAL project includes a collaboration between the Centre for Capacity Research at the Liverpool School of Tropical Medicine and the Higher Institute of Public Health at Saint Joseph University of Beirut (ISSP-USJ) to identify priority areas for capacity strengthening relating to research processes and governance at ISSP-USJ.

The GOAL project has been busy hosting a number of training workshops for staff and partners. These include ones on: principles of co-production; gender and mental health research; mental health policy reform and law in Lebanon; and qualitative research methods. We will also be holding a workshop on health economics at the beginning of April.

Take a look at some ways in which LSHTM researchers are aiming to improve mental health in humanitarian settings. This short clip focusses on the aims of the GOAL, CHANGE and STRENGTHS projects.

BLOG: COVID-19 and mental health among displaced Syrians in Lebanon

As COVID-19 lockdown measures ease in Lebanon, mental health needs of displaced Syrians are on the rise

Around 1.5 million forcibly displaced Syrians currently reside in Lebanon, dispersed between Informal Tented Settlements or within communities across the country. The displaced Syrian population’s particularly vulnerable situation is characterized by general insecurity and poverty, discrimination, as well as the experience of forced displacement and the exposure to war and destruction in Syria. As a result, mental health needs are high among the displaced Syrians, and they face several barriers and challenges in accessing care for those needs. With the COVID-19 pandemic, these pre-existing determinants of mental health have been further exacerbated, including the barriers to access to mental health care, and are compounded by the mental health needs directly caused by the pandemic itself. These issues are explored further in this blog.

Prior to the COVID-19 pandemic, the specific mental health needs of displaced Syrians encompassed daily stressors of living in insecurity such as poverty, the inability to meet basic needs, stigma and discrimination, and protection concerns arising from their vulnerable status including exposure to violence and exploitation. In addition, the displaced Syrian population showed high prevalence of mental health disorders including depression, anxiety, and stress disorders that either resulted from the exposure to war and violence in Syria, or from the refugee situation itself, or from a combination of both.

The onset of the pandemic, which coincided with the rapidly deteriorating economic situation and currency devaluation in Lebanon, only exacerbated the pre-existing determinants of mental health among displaced Syrians. Insecurity about basic needs and employment, which are considered key causes of distress and poor mental health within the displaced Syrian population, were only aggravated by the lockdown measures and the worsening economic crisis. The resulting threat of food insecurity, the re-direction of aid and relief programs towards the COVID-19 response, and the inability to access healthcare services during lockdown, have also fueled insecurity and greatly aggravated previously-existing determinants of poor mental health.

In parallel to worsening socioeconomic difficulties, lockdown measures resulting from the pandemic response have undermined displaced Syrians’ access to mental health services. Pre-existing barriers to access such as means and cost of transportation were compounded by both social distancing measures and the financial crisis. Restrictions specifically targeting displaced Syrians have also undermined access to care, as municipalities imposed curfews and prohibited mobile health units from entering refugee settlements.

With mental health determinants critically affected by the consequences of the double burden of the COVID-19 pandemic and the rapid economic collapse in Lebanon, the mental health burden is increasingly heavier on the already-vulnerable displaced Syrian population. The response to these mental health needs is already underway: in many areas, NGOs providing mental health services as part of the Lebanese Ministry of Public Health’s Mental Health and Psychosocial Support (MHPSS) Taskforce are using teletherapy to remedy the gap in service provision resulting from lockdown measures. However, although remote phone-based teletherapy may help address previously existing barriers such as physical accessibility or transportation expenses, a re-adjustment of the current service provision model may be needed in order to fully address the gap in access that has been widened by the pandemic as well as the deteriorating socioeconomic conditions.

With the easing of lockdown measures, access to care is slowly improving, and an opportunity arises to apply lessons learned from using teletherapy services in preparation for any future quarantine measures. However, the mental health response must brace itself in order to address the rapidly rising mental health burden that is likely result from worsening living conditions caused by pandemic response measures and the deteriorating socioeconomic context. 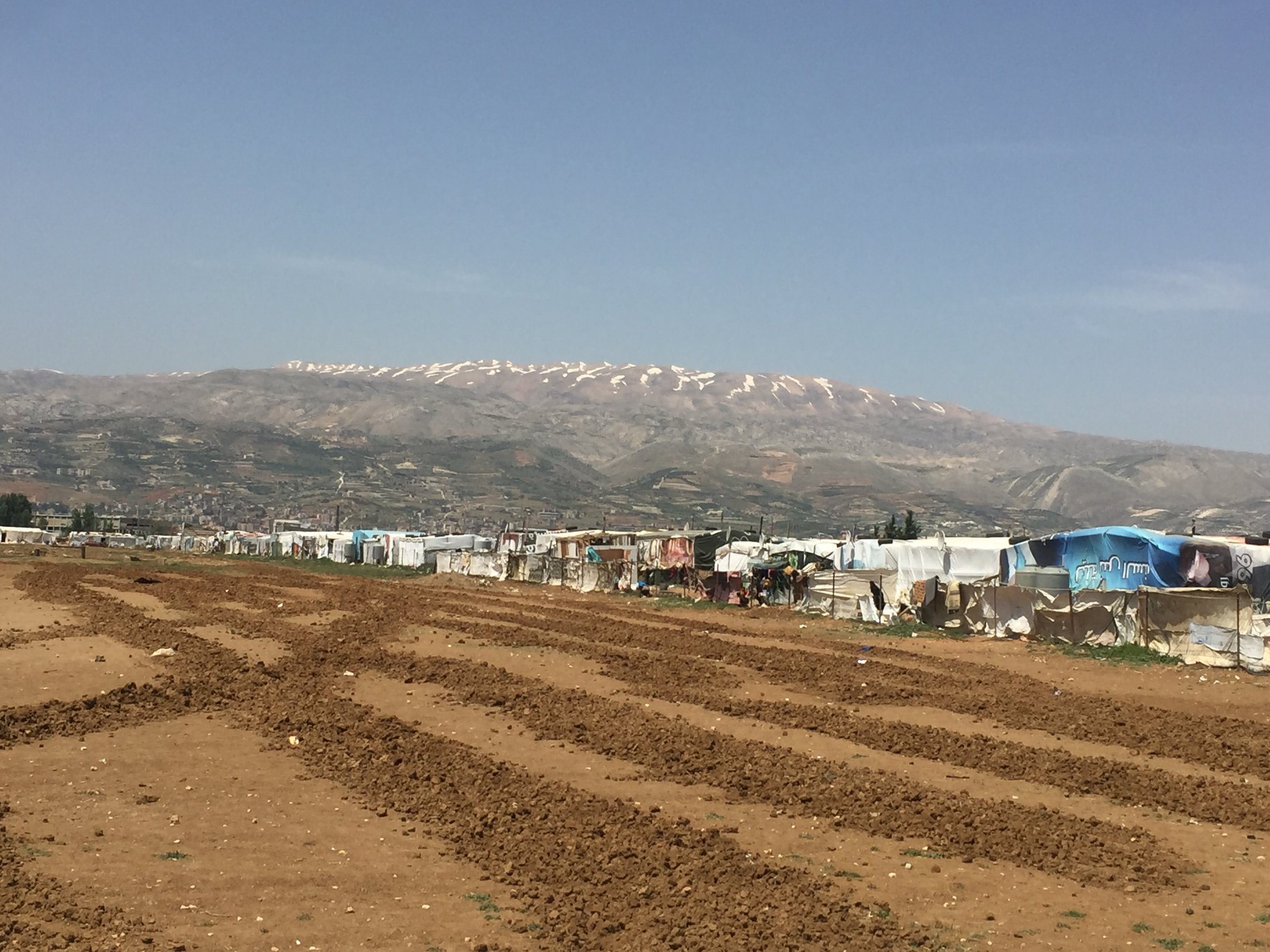 GOAL PI, Bayard Roberts and Lebanon Lead, Rabih El Chammay have coauthored a paper on the national-level mental health responses to COVID-19 in Lebanon noting how COVID-19 represents a window of opportunity to help strengthen the mental health system in Lebanon.

The full article can be found here

On 24 and 25 February 2020 members from all the collaborating organisations came together to officially launch the GOAL project at a meeting hosted by St Joseph's University in Beirut. As well as being a chance for the team to get to know each other better,

We are delighted to announce that the GOAL project has been awarded funding by the United Kingdom Research Initiative through the Global Challenges Research Fund / Economic and Social Research Council.