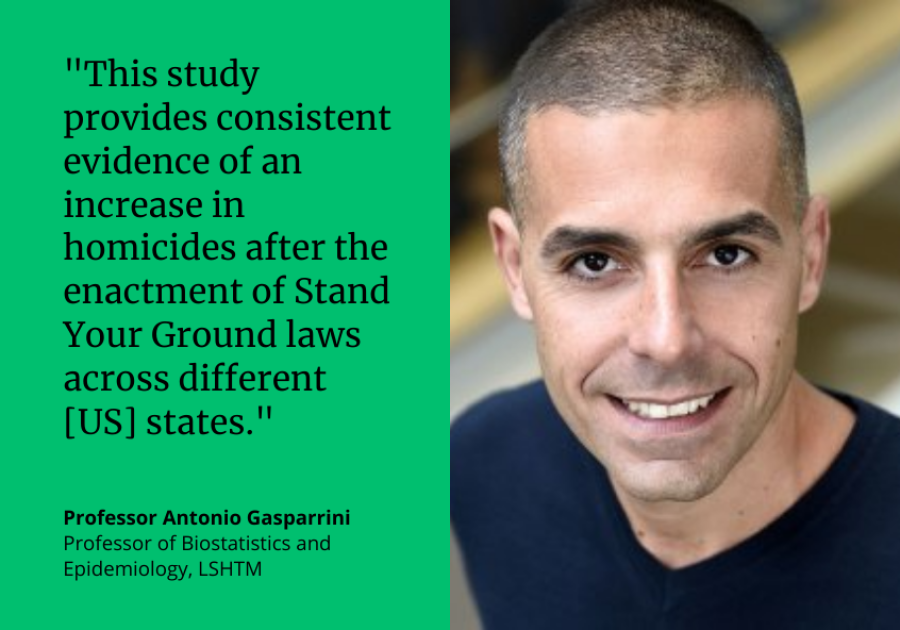 Stand Your Ground (SYG) laws in the United States may result in an additional 700 homicides each year - an increase in monthly homicide rates of 11% nationally, but up to 28% in some states, according to a new study in JAMA Network Open.

The study finds the enactment of stand your ground laws, which have expanded legal protections for individuals who use deadly violence in self-defence. likely led to an overall increase in homicide and firearm homicide across the US.

While impacts vary from state to state, no state saw reductions in homicide following the introduction of SYG law, and southern states, including Alabama, Florida, Georgia and Louisiana, saw particularly large increases,

According to the researchers, led by a team from Oxford, the University of Pennsylvania and collaborators at the London School of Hygiene & Tropical Medicine, the accumulation of evidence suggests the expansion of self-defence laws in public places may escalate violence and result in unnecessary loss of life.

Advocates claim that SYG laws enhance public safety by deterring predatory crime through an increased threat of retaliatory violence. Critics argue that the laws are unnecessary, and may threaten public safety by emboldening the use of deadly violence. There are also concerns that the laws exacerbate social inequalities in violent victimisation since implicit and explicit biases of threat perception discriminate against and cause disproportionate harms among minority groups.

Some of these concerns have been realised as the laws lie at the heart of a number of high-profile cases in the US, including that of the killing of 17-year-old Trayvon Martin in 2021, and, the killing of Armaud Arbery in 2020, and the trial of Kyle Rittenhouse in 2021.

Senior study author Dr David Humphreys, from Oxford’s Department of Social Policy and Intervention, said: “Stand your ground laws have been enacted in the majority of states, and more states are currently debating their introduction. There has even been a recent bill proposing a nationwide adoption of the law.

“Supporters argue that introducing these laws will improve public safety by deterring criminals, but this research finds the opposite, showing that rates of violence increase (sometimes dramatically) following the adoption of these laws.”

Antonio Gasparrini, Professor of Biostatistics and Epidemiology at the London School of Hygiene & Tropical Medicine and study author, said: “This study is based on a quasi-experimental design and advanced statistical methods, and it provides consistent evidence of an increase in homicides after the enactment of SYG laws across different states. These results are critical for informing the current discussion on firearm-related self-defence legislation in the US and elsewhere”.

The research team examined the impacts of SYG laws in 23 states between 2000 and 2016. According to the research, they were associated with 8% to 11% national increases in homicide and firearm homicide rates. Florida saw the highest increase with a 28% rise in homicides after the enactment of the law. Although the biggest increases were in the southern states, no states showed reductions in homicides or firearm homicides following the introduction of the laws. The laws affect all individuals, irrespective of race, sex, or age.

Lead author Dr Michelle Degli Esposti, also from Oxford, said: “It is critical that policy and law-makers consider the scientific evidence on the risks associated with Stand Your Ground laws before passing more lenient laws on the use of lethal force in self-defence. More research is needed to understand why these laws have serious negative impacts, but research consistently shows that, in most contexts, the laws are leading to unnecessary and avoidable loss of life.”