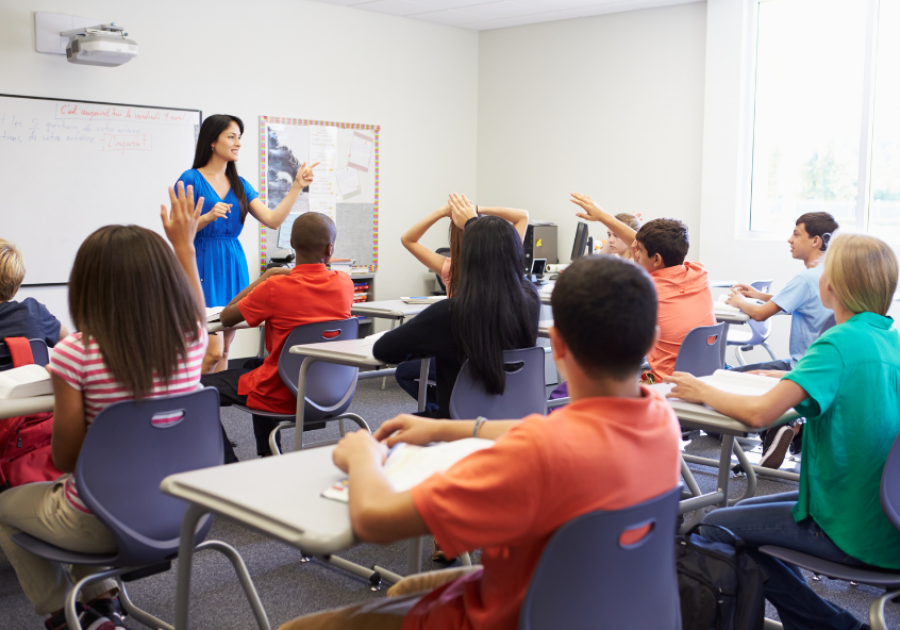 New data from the Schools Infection Survey (SIS) shows high COVID-19 vaccine uptake in pupils aged 12 to 17 in England, and reasonably high likelihood of parents of 5 to 11 year olds (not currently being offered the vaccine) to agree to their children being vaccinated.

The original SIS project was set up during the 2020/2021 academic year, and has now been relaunched for the current academic year and expanded to be representative of the whole of England, including 117 primary schools and 63 secondary schools across the nine regions of England.

The SIS project, which is jointly led by the London School of Hygiene & Tropical Medicine (LSHTM), Office for National Statistics (ONS) and UK Health Security Agency (UKHSA), initially aimed to better understand COVID-19 transmission in and from schools in England by testing for COVID-19 infection and antibodies in pupils and staff in schools, and now focuses on schools’ recovery and resilience.

Alongside testing, questionnaires were sent to headteachers, pupils and parents to examine topics including attitudes to vaccines and preventative measures in schools. The study invites 180 schools to participate, and at the time of the surveys going live, 134 schools had signed up.

In the first round of data from the ‘Headteacher, Parent and Pupils’ questionnaires, 72% of pupils in secondary school reported having received at least one vaccine dose. Of those who had been vaccinated, 63% said their motivation was to ‘help protect other people from getting COVID-19’ and 56% responded ‘it will protect me from getting COVID-19’.

More than one in 10 said someone they respect encouraged them to get the vaccine, with the majority stating this was a family member, and some giving a vulnerable family member as the reason. The majority of pupils listed adults or celebrities as having influenced them to get the vaccine rather than friends, suggesting this group could play a key role in teen vaccine uptake.

At the time of this survey, children below the age of 12 had not yet been invited to receive their vaccine.

The questionnaire also found that 63% of parents of primary school pupils said they were likely to agree to their child having the COVID-19 vaccine. A larger proportion of children in the North East (36%) and North West (37%) had parents who said they were fairly or very unlikely to vaccinate their primary school aged child, compared with 33% of children on average across England.

The main reasons parents of primary school pupils gave if they were unlikely to agree to their child having the vaccine included worry about the side effects (54%) and wanting to wait to see how it works (49%).

In a separate report, the SIS team also looked at vaccine uptake in school pupils by linking the English Schools Census (ESC) to the National Immunisation Management System (NIMS), with 52.5% of pupils aged 12-15 and 69.7% of pupils aged 16-17 in state-funded schools in England having received at least one dose of COVID-19 vaccine, while 5.8% and 46.0% respectively have received two doses (as of 9 January 2022).

Among those aged 12-15 in state-funded schools in England, vaccination uptake also varied between ethnic groups.

Chinese and Indian pupils were most likely to have received at least at least one dose (75.5% and 65.7% respectively), while Gypsy/Roma and Black Caribbean pupils were least likely (both 12.4%). Although some of this related to different levels of deprivation, differences in the likelihood of being vaccinated by ethnic group still existed after accounting for the measures of deprivation that were available.

Professor Punam Mangtani, co-chief investigator of SIS at LSHTM, said: “This is a snapshot of uptake in the first six months of the secondary school COVID-19 vaccination programme. The lower vaccine uptake in poorer populations mirrors the patterns of uptake seen in adults in the community, which is worrying, but one hopes this insight can support vaccine delivery services so the trend can be reversed.”

Dr Patrick Nguipdop Djomo, co-chief investigator of SIS at LSHTM, said: “The overall uptake in secondary school pupils is encouraging, and shows their willingness not just to protect vulnerable people in the community, but also to try to minimise disruption to their schooling. Some areas may have less access to information around vaccines or to the vaccine services themselves, which could account for the differences in uptake between regions, demographic and socio-economic groups.

“We hope this report will help inform and support the provision of vaccination services, and tailor communication to areas and groups with lower uptake. And by taking on board the sentiments of parents and young people reported in the questionnaires, messaging around vaccines could be tailored to support uptake and address any concerns around side effects and effectiveness in the groups currently being offered the vaccine.”

Although not mandatory at the time of data collection, the questionnaire data found there was a high level of implementation of face masks in secondary schools, with nearly three quarters (74%) of headteachers reporting that pupils wore face coverings in communal areas.

None of the primary schools in the study have implemented face coverings in communal areas or classrooms.

96% and 95% of headteachers of both primary and secondary schools reported implementing ‘stay-at-home’ measures for pupils and staff with COVID-19 symptoms, respectively. However, nearly a third of schools said they had major challenges implementing staff staying at home with symptoms, potentially due to staff cover issues.

For both primary and secondary schools, headteachers reported that keeping doors and windows open for ventilation was very challenging due to weather and heating costs.

However, over half (51%) said they had not been supplied with enough monitors to provide the coverage they would like for classrooms and other teaching spaces.

Dr Nguipdop Djomo said: “Throughout this pandemic, many young people have missed out on vital schooling.  Parents and staff have had to adapt. By monitoring the resilience and recovery within schools, we hope this project will help provide evidence that policymakers can use if tough decisions have to be made in the future.

“This first round of questionnaire data gives important insights as to the challenges faced by the school community in implementing infection prevention and mitigation measures, including the deployment and use of CO2 monitors and ensuring adequate ventilation in school settings.”

Professor Mangtani added: "Schools have responded amazingly to the call for good ventilation measures to keep schools open and students and staff safe.  More material resources where there are gaps, such as CO2 monitors or air purification if natural ventilation is inadequate, uncomfortable or expensive would be important through the next few colder months.”