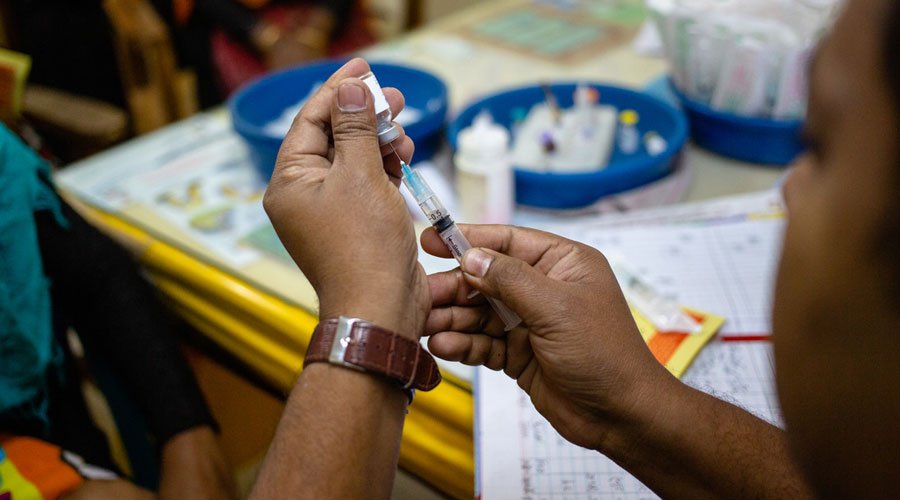 More investment and innovation in vaccination strategies could lead to the elimination of rubella in 93 countries, and measles in up to 36 countries, according to a new study led by the University of Georgia (UGA) and the London School of Hygiene & Tropical Medicine (LSHTM).

The assessment was a collaboration between a large host of partners, which also included The Bill & Melinda Gates Foundation, the University of Southampton, the Johns Hopkins School of Public Health, Ramboll Health Sciences, the World Health Organization (WHO) Strategic Advisory Group of Experts Measles and Rubella Working Group, the World Health Organization, and the US Centers for Disease Control and Prevention (CDC).

Overall, there has been a marked reduction in cases of measles and rubella since the widespread use of vaccines. However, between 2017 and 2019 there has been a 556% rise in cases of measles, with large outbreaks of the disease in Ukraine, Madagascar and the Democratic Republic of Congo. The COVID-19 pandemic and the spread of misinformation about vaccines has also left many countries susceptible to future outbreaks.

Although no global goal for measles eradication has been established, all six WHO regions have set measles elimination targets. However, a gap remains between current control levels and elimination targets, as shown by recent large measles outbreaks.

The study’s lead author Amy Winter, an Assistant Professor of Epidemiology and Biostatistics at UGA’s College of Public Health, said: “Measles is one of the most contagious respiratory infections out there, and it moves quickly, so it is hard to control.”

In a susceptible population, each person infected with measles is likely to transmit the disease to roughly 18 people. By comparison, this number for the original SARS-CoV-2 virus is estimated to be around 3.

The annual numbers of infections projected by each model, country, and vaccination scenario were used to explore if, when, and for how long the infections would be below a threshold for elimination.

For measles, the two models suggested that the business as usual scenario could result in the right conditions for elimination in 16 and 19 of the 93 countries included. The intensified scenario predicted a marked reduction in the burden of measles cases and mortality, with more countries projected to achieve elimination and in a shorter time. In this scenario, the two models estimated that, by 2050, the probability of elimination would exceed 75% in 14 and 36 of 93 modelled countries, respectively.

Mark Jit, Professor of Vaccine Epidemiology at LSHTM and senior author of the paper, said: “A world that is permanently free of measles and rubella would be an incredible achievement for humanity. Our work suggests that to reach this goal, we need to make vaccine coverage much more equal. In other words, we need to work even harder to bring measles and rubella vaccination to the most underserved people around the world.”

The authors evaluate two strategies that could help move a country to elimination faster and reduce the probability of measles outbreaks: one, improve how supplemental vaccine campaigns are delivered to make sure they are reaching children who are not receiving routine vaccinations. Two, improve vaccine coverage equity by focusing routine and supplemental vaccination on sub-regions with the lowest vaccination coverage first to get them up to par.

Dr Winter said: “And the final strategy we discuss is that we should reconsider our criteria under which vaccinations stop happening, meaning we should allow the potential for vaccination campaigns to continue to some degree after a country reaches elimination.”

Currently, most countries stop supplementing routine vaccines with campaigns once they reach measles elimination status but the models suggest that outbreaks are still likely to occur if routine vaccines alone are relied upon.

Dr Winter said: “We have a globally connected world, so there is this constant pressure of importations of the viruses in places where it is already eliminated, that is why keeping vaccination coverage high and continuing to improve surveillance for these diseases is important.”

The study points to several limitations. For example, the models were not able to account for cross-border transmission, which could have resulted in an over- or under-estimation regarding elimination and numbers of vaccinated children were likely to have been over-estimated.