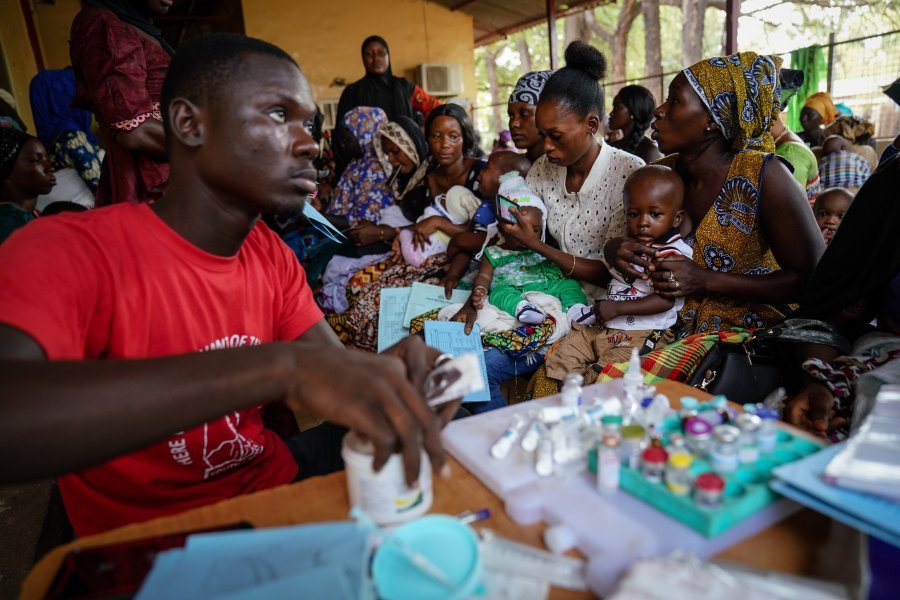 Vaccine programmes in low- and middle-income countries have prevented 37 million deaths in the last 20 years alone – 36 million of which would have been in children aged under-five, according to new research published today in The Lancet.

The research is the most comprehensive study of the impact of vaccination programmes ever. It was conducted by the Vaccine Impact Modelling Consortium (VIMC) – a multinational collaboration of 16 research groups, including experts from the London School of Hygiene & Tropical Medicine (LSHTM).

Additionally, the researchers have published an article in the Biomedical Science Journal for Teens to engage the younger generation with the important topic of vaccinations and their potential impact around the world. The teens can then test their knowledge of epidemiology with a pop quiz at the end of the paper.

Infectious diseases are still a major cause of disease and deaths, especially in low- and middle-income countries. Vaccination is one of the most cost-effective health interventions available. Childhood vaccination programmes have increased over the last two decades globally, substantially reducing disease and deaths from diseases such as measles, meningitis and hepatitis. This study offers the most reliable estimates of the impact of childhood vaccinations on mortality yet undertaken.

The estimates focused on deaths averted by vaccination from these diseases in 98 low-and middle-income countries, in the period 2000-2030. These countries include over two thirds of the world’s population.

The consortium estimates that vaccinations against the 10 diseases have prevented 37 million deaths between 2000 and 2019, of which 36 million were deaths averted in children under the age of five years.

The study estimated a further 32 million deaths will be prevented by 2030 due to vaccine programmes, of which 28 million are deaths averted in under-5s. During the lifetime of those born in 2019, vaccination was estimated to prevent 72% of the mortality from the 10 diseases. This proportion rises to 76% when just under-five mortality is considered.

Mark Jit, Professor of Vaccine Epidemiology at LSHTM, said: "Collaborating with modellers around the world on this important research, our focus was to identify the lives that vaccines could save in the poorest countries in the world. We found that over 30 years, vaccines could save more people than the entire UK population. The UK is the biggest funder to Gavi, so this shows the incredible impact that our overseas aid is having around the world.”

The largest potential additional gains (above those already achieved) will be seen by increasing human papillomavirus (HPV) vaccination coverage in girls. This is predicted to avert more deaths per person vaccinated than any other immunisation activity. Increasing pneumococcal conjugate vaccine coverage will give the largest reductions in under-five mortality.

These huge impacts are a testament to both the public health benefit of vaccines overall, and the sustained investment in increasing global vaccination coverage in the last two decades. The study highlights what could be achieved by further investment in vaccination programmes by countries and donors.

A data visualisation tool is available at www.vaccineimpact.org/2020-datavis.

The VIMC is funded by Gavi, the Vaccine Alliance and the Bill & Melinda Gates Foundation. The views expressed are those of the authors and not necessarily those of the Consortium or its funders. The final decision on the content of the publication was taken by the authors. We acknowledge funding the MRC Centre for Global Infectious Disease Analysis (reference MR/R015600/1), jointly funded by the UK Medical Research Council (MRC) and the UK Foreign, Commonwealth & Development Office (FCDO), under the MRC/FCDO Concordat agreement and is also part of the EDCTP2 programme supported by the European Union.