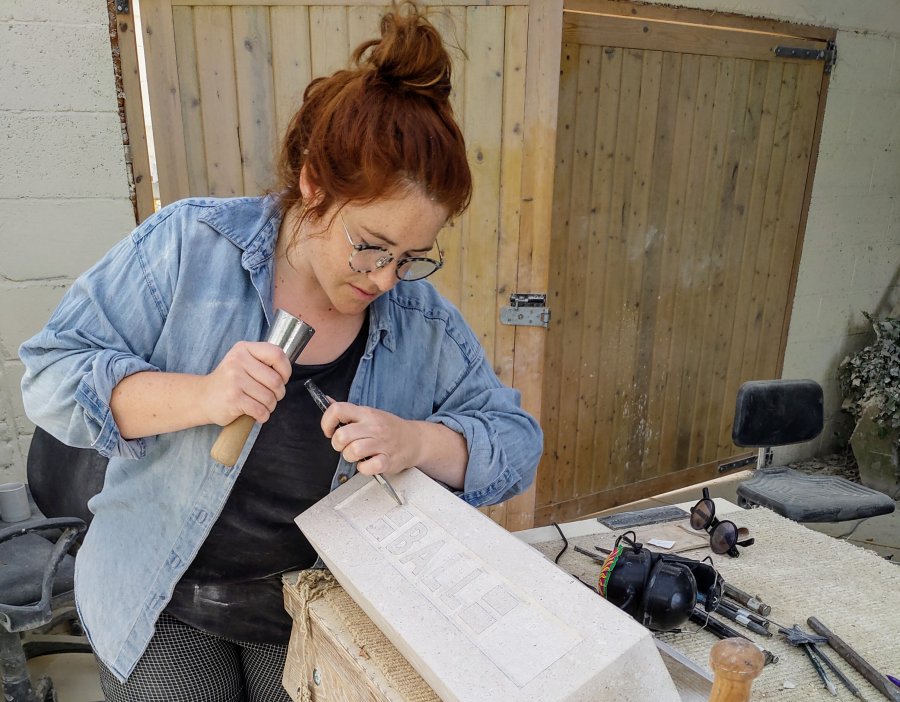 The London School of Hygiene & Tropical Medicine (LSHTM) is delighted to recognise the contribution to science and global health of three women health innovators this autumn.

To celebrate its 120th anniversary, LSHTM has gained special permission from Camden Council to add the names of Marie Skłodowska-Curie, Florence Nightingale and Alice Ball to the façade of its Grade II listed Keppel Street building in Bloomsbury, London.

They will join 23 other health and tropical medicine innovators, all men, currently on the frieze that wraps around the building. These include LSHTM founder Sir Patrick Manson, Nobel Prize winner Sir Ronald Ross, and microbiologist Louis Pasteur.

Selected from suggestions made by LSHTM staff, the new names are all from an era in keeping with the building, which opened in 1929 and celebrates its 90th anniversary this year.

Professor Peter Piot, Director of the London School of Hygiene & Tropical Medicine, said: “I am thrilled that we are recognising these three remarkable women. Attitudes were very different 90 years ago but having only men on our frieze has always troubled me. Our 120th celebrations of health innovation, and having recently hosted the very successful 2nd Women Leaders in Global Health conference, made 2019 the perfect time to make this change. Our frieze will now better reflect the talented and diverse people who work at LSHTM and in global health around the world.”

Marie was the first woman to win a Nobel Prize, the first person to win it twice, and the only person to win a Nobel Prize in two different sciences: physics and chemistry. Her work led to the discovery of polonium and radium and her research was crucial in the development of x-rays and the development of radiation therapy for the treatment of cancer.

As a woman, she was not permitted to attend college in Warsaw, so she did it illegally through a secret Polish institution of higher learning known as the Flying University. After leaving for Paris where she could study, her work with her husband led to the discovery of polonium and radium, and Marie was jointly awarded the Nobel Prize in Physics in 1903. She went on to win the Nobel Prize for Chemistry in 1911. Marie was the first woman to teach at Sorbonne University. During WWI she helped equip ambulances with x-ray equipment and used them to triage on the front lines.

Florence was a social reformer, statistician, and the founder of modern nursing. During the Crimean War, when more soldiers were dying of disease than battle injuries, she became famous as the ‘Lady with the Lamp’. She is one of the most prominent statisticians in history, and her ground-breaking work in data visualisation continues to be influential today.

During the Crimean War, when more soldiers were dying of disease than battle injuries, she became famous as the ‘Lady with the Lamp.’ Using statistics and applying sanitation standards, she revolutionised frontline care and developed the basis for what would go on to become the field of nursing. She transformed nursing into a respectable profession for women and established the first training school for nurses. She also campaigned tirelessly for 50 years to improve health standards, producing over 200 publications on hospital planning and organisation. She is credited with inventing the polar area graph and was the first woman to be elected to the Royal Statistical Society.

Alice was an African American chemist who developed an injectable oil extract which became the treatment for leprosy until the 1940s when the drug dapsone was then discovered. She died at the age of 24 and was unable to publish her findings. The then-President of the University of Hawaii where she made the discovery continued Alice’s work, publishing the findings as his own without giving her credit. It was not until decades later that her work was properly recognised.

While chaulmoogra oil had previously been used for leprosy, the treatments were ineffective and rife with challenges. Alice revolutionised the application method, and making the oil injectable. Shortly after her discovery at the University of Hawaii, Alice died at the age of 24 and was unable to publish her findings. Her discovery led to the release of many people from leper colonies. In 2000, the University of Hawaii dedicated a plaque to Alice in front of a lone chaulmoogra tree on campus, and 100 years later, her story is finally being told.

Professor Anne Mills, Deputy Director & Provost at LSHTM, said: “It is important we celebrate all achievements in the advancement of health, not just those we know well. That’s why I’m particularly pleased we are recognising Alice Ball, honouring her pioneering work and helping to make her rather hidden story more visible.

“Solving the world’s health problems relies on being able to harness the skills of as many talented people as possible. The global health community, including LSHTM, must do as much as we can to encourage equality and diversity. I hope celebrating these three pioneers will serve as inspiration for more women, whatever their background, to study or work in global health.”

2 October 2019 is the 120th anniversary of LSHTM's foundation by Sir Patrick Manson. To mark this momentous occasion, LSHTM is celebrating 120 years of health innovation throughout the year. From proving the link between smoking and lung cancer to conducting pioneering work on Ebola vaccines, innovation has, and continues to be, central to LSHTM’s mission of improving health worldwide.

Its Keppel Street building was opened by HRH the Prince of Wales on 18 July 1929. The frieze surrounding the building displays the names of 23 male pioneers of public health and tropical medicine between laurel wreaths.

Mystery surrounds the reasoning behind the selection of the names, which was made by a committee of unknown constitution who pondered deeply on which of the names of the great and good in the fields of hygiene and tropical medicine merited such public acclaim.

Rumour has it that Florence Nightingale was considered at the time, but it is said that the selection committee discounted her name as too long to fit. However, Max von Pettenkofer does appear….and both names contain 11 letters.