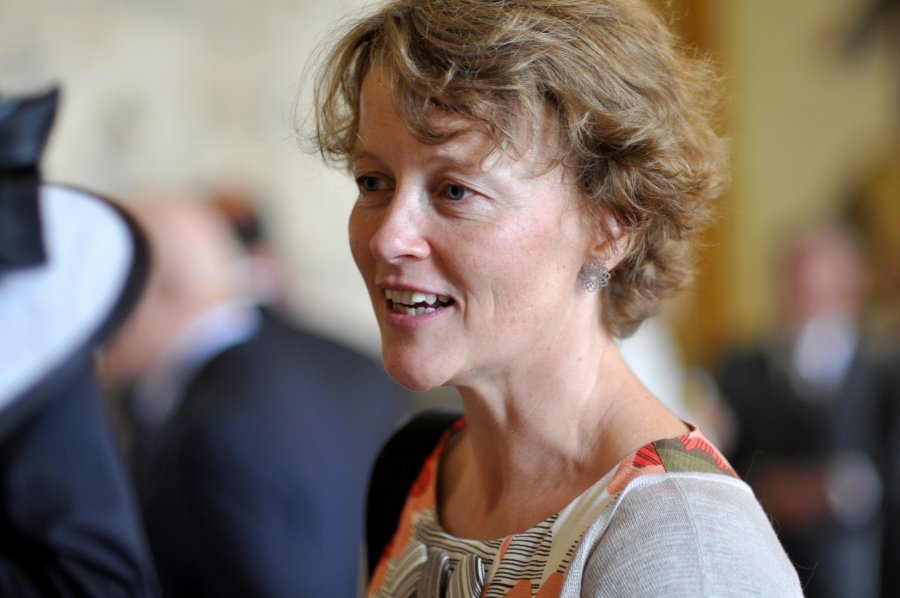 Charlotte Watts, Professor of Social and Mathematical Epidemiology at the London School of Hygiene & Tropical Medicine (LSHTM), has been appointed a Companion of the Most Distinguished Order of St Michael and St George (CMG) in the 2019 Queen’s Birthday Honours.

The honour recognises Charlotte’s services to global health and international development through a career dedicated to researching domestic violence and its links to poor health, including its importance for HIV.

Charlotte’s work has been instrumental in first documenting the extent that women around the world experience domestic violence, and then demonstrating that much of this violence is preventable. Her early research developed the methods to measure women's exposures to different forms of violence. Charlotte then played a central role in testing what could be done to prevent this violence.

Her research, in several countries in sub-Saharan Africa, shows that levels of domestic violence against women can be reduced by between a third and a half over a few years. These findings have not only had a significant impact in improving the lives of women, but have also influenced global and national policy.

Charlotte is currently seconded to the UK Department for International Development where she is the Chief Scientific Adviser. Charlotte has 25 years' experience in international HIV and violence research and is the founder of the Gender, Violence and Health Centre at LSHTM, which is dedicated to generating rigorous evidence on how to effectively tackle gender-based violence.

Charlotte was recently named one of the 100 Most Influential People in Gender Policy for 2019, by Apolitical. The ‘top 100’ list was put together from over 9,000 nominations from governments, international organisations and academia including UN Women, Women Deliver, the G7 Gender Equality Advisory Council, Harvard, and the Gates Foundation. It aims to shine a light on individuals whose work is considered indispensable to creating a fairer world for everyone.

Professor Charlotte Watts said: “It is a privilege and an honour to be awarded a CMG. This and my recent inclusion in Apolitical's top 100 came as a complete surprise'.

“Both are, I think, recognition of the importance of rigorous evidence on how to tackle violence against women and girls, which shows that this violence is preventable.”

Professor Peter Piot, Director of LSHTM, said: “Many congratulations to Charlotte, these recognitions are fully deserved. Her pioneering work in designing ethical surveys to quantify the extent of violence against women globally paved the way for the first ever global prevalence data in the early 2000’s.

“Domestic violence is now accepted as a global public health issue that can have severe consequences for mental and physical health of victims and implications for the spread of HIV. Charlotte’s determination and expertise has been the driving force for this hugely important recognition.”