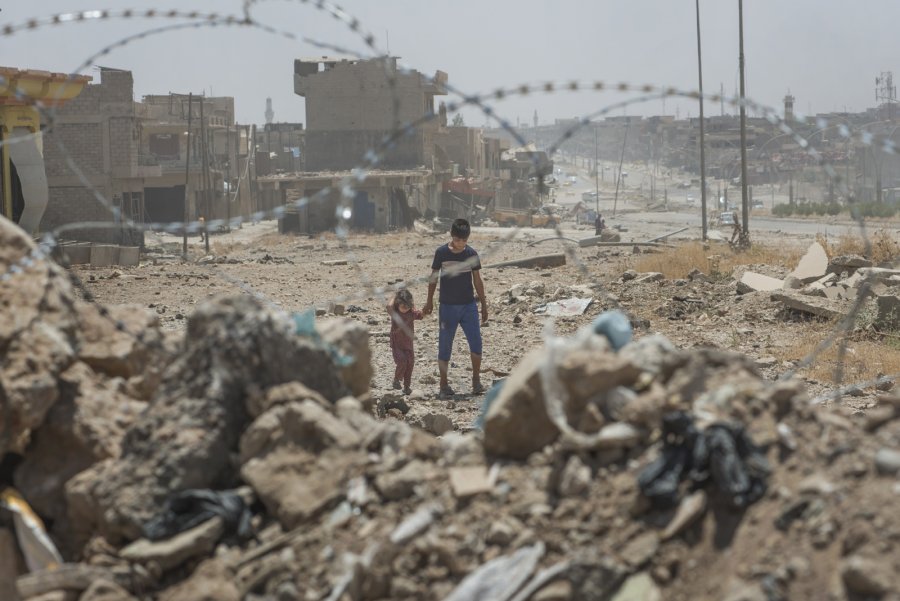 The report makes clear that by focusing purely on domestic health, we risk failing to control the shifting tide of global threats. Diseases and their determinants do not respect international borders. Ebola, antimicrobial resistance, and widening health inequalities are already presenting significant challenges..."

A collection of letters from key world health leaders to the CMO are presented in the report, making a series of recommendations to secure a prospering health system and population both at home and across the world. Within this collection is a letter from Centre Co-Director Prof Karl Blanchet alongside Co-Directer Dr Jennifer Palmer, Centre members Prof Bayard Roberts, Prof Francesco Checchi, and colleagues at other institutions, reproduced below.

Contemporary conflicts, driven by access and control over natural resources (water and land), state failure and connectedness of the global world continue in low-income countries and increasingly in middle-income countries with the rise in non-state armed groups. This is accompanied by increasing violation of the rules-based international order such as the Geneva Conventions and International Humanitarian Law, which used to help shape behavior of states and non-state actors during conflicts and resolve violent disputes through a set of common rules and agreements (1).

Armed conflicts have had tremendous impact on the social development and economy of countries, by reducing the availability of basic services, creating food insecurity, and high inflation. This reduces the gross domestic product (GDP) growth of a country in conflict by an average of 2% per year. Unfortunately, conflicts are often endemic in most fragile states, trapped in a cycle of violence and economic under-development, with 90% of countries experiencing civil war being more likely to experience similar violence within a period of 30 years.

The impact of conflict is staggering when looking at human cost. The number of people who have lost their lives or experienced traumatic situations, leaving durable physical and psychological scars, has increased. Health professionals have now become a target. In 2018 alone, at least 973 attacks on health workers, health facilities, ambulances and patients were reported in 23 countries in conflict (2). Armed conflicts have forced populations to leave their homes, abandoning everything behind them. At the end of 2018, 68.5 million people were reported as forcibly displaced, almost doubling in 10 years, with half of refugees being children (3).

Humanitarian crisis requires an aid response. International donors spend about $25 billion a year on humanitarian aid; however, there is a global annual shortfall of at least $15 billion. Following the World Humanitarian Summit in 2016, the humanitarian system has been described as broken (4) and characterized by an absence of global leadership, the marginalizing of frontline local organizations who are being siloed from development initiatives, and a weak evidence base for effective interventions (5).

The way forward for the UK

However, the scale and cost of the humanitarian and public health response in emergencies will continue to challenge donor countries, and there is more the UK can do. It is important to mitigate the risks of these crises and the scale of the response by properly investing in fragile states’ health systems to build long-term health system capacity. Forced migration has been a growing issue for health systems, humanitarian agencies and donors. Area-based approaches where all vulnerable populations are provided assistance according to transparent and simple vulnerability criteria are needed, while respecting their legal rights according to status (e.g. refugee) – be it overseas or in the UK.

Rapid mobilisation of human resources to respond to critical crises is also essential, as demonstrated during the Ebola outbreak in West Africa in 2014. We call for an NHS England strategy facilitating NHS staff deployment in humanitarian settings to provide support to global health emergencies and a drive to embed humanitarian medicine across training pathways and Royal Colleges.

Local organisations are the first responders in an increasingly insecure environment for health professionals in conflict affected countries; however, they are only currently eligible for UK funding if they have an approved ‘Rapid Response Facility’ partner. The UK should collaborate with other international donors to create specific funding mechanisms to ensure local organisations can be funded directly to deliver humanitarian assistance and not only through international NGOs.

Karl Blanchet on behalf of the co-authors: