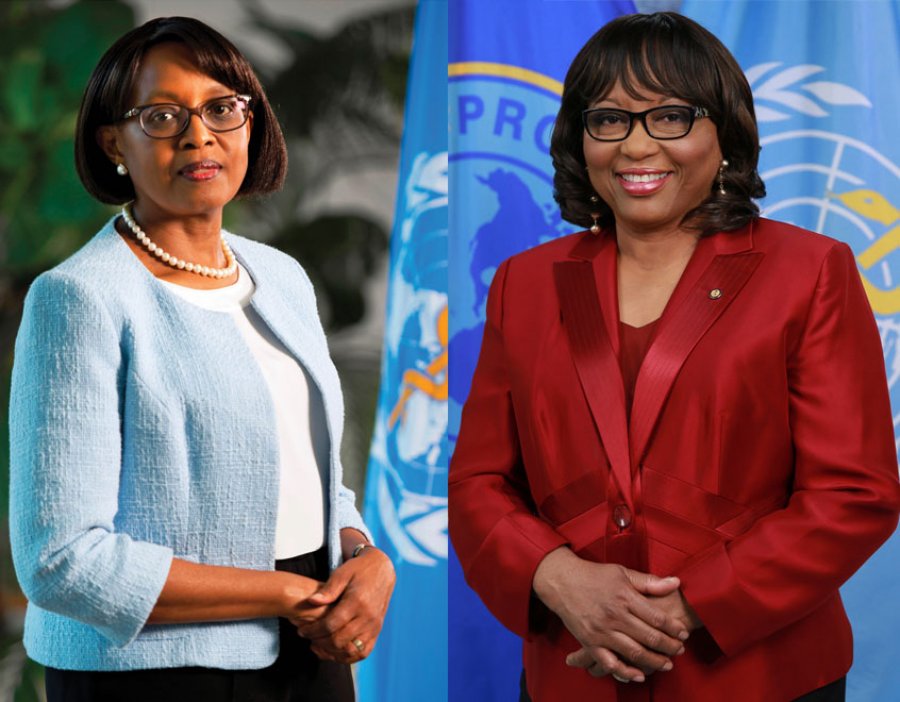 Dr Matshidiso Moeti from Botswana graduated with a Master’s in Community Health for Developing Countries in 1986. She became the first woman WHO Regional Director for Africa in February 2015 and will now serve a second term in her role.

Dr Moeti said: “I am very honoured to be nominated for a second term as Regional Director for Africa. During the past five years, I have worked to transform the WHO Secretariat so that we better respond to the health needs of millions of Africans. This nomination is an endorsement of the many achievements we have reached together with health ministries. I intend for us to scale more mountains together over the next five years.”

Dr Etienne from Dominica graduated with a Master’s in Community Health in Developing Countries in 1982. She became WHO Regional Director for the Americas in February 2013 and will now also now serve a second term in her role.

In her acceptance speech, Dr Etienne cited her "commitment to deliver to all of our peoples, from all walks of society, a long and productive life, with quality care into our senior years; access to quality health services without fear of impoverishment; access to medicines and vaccines that we can afford, including effective antibiotics; freedom from preventable diseases, with reduced exposure to disease vectors."

Dr Moeti and Dr Etienne will continue to work alongside LSHTM alumnus Dr Takeshi Kasai, WHO Regional Director for the Western Pacific, who graduated with a Master's in Public Health in Developing Countries in 1996 and WHO Director-General, Dr Tedros Adhanom Ghebreyesus who completed a MSc in Immunology of Infectious Diseases at LSHTM in 1992.

Professor Peter Piot, Director of the London School of Hygiene & Tropical Medicine, said: “Many congratulations to Tshidi and Carissa. LSHTM has a proud history of supporting the development of global health leaders, and there is no better example than these two outstanding women whose passion, dedication and expertise is helping to save lives. I wish them well for their second term in their respective roles.”