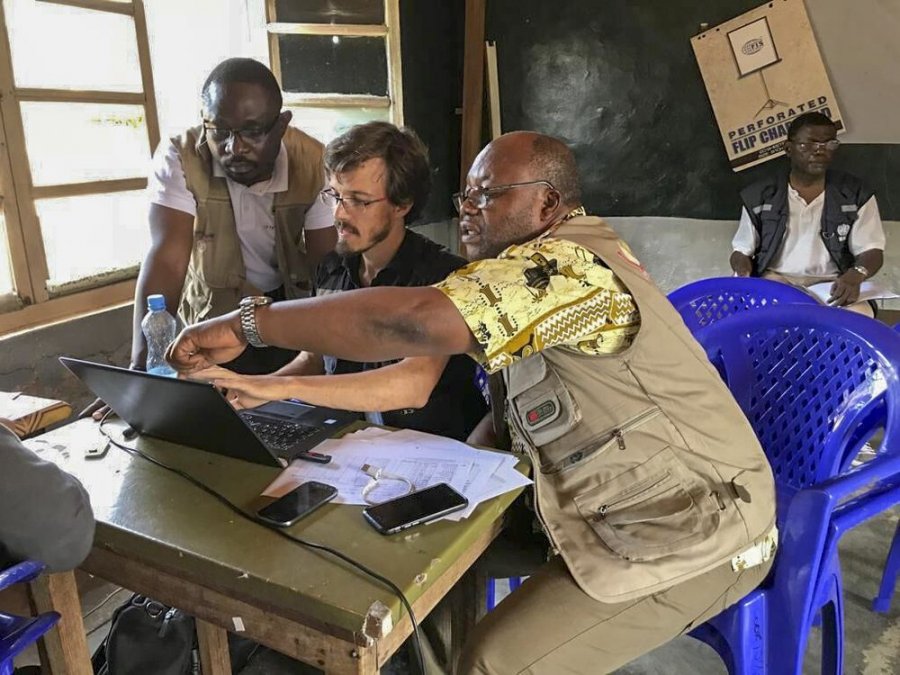 In her final annual report before taking on her new role as master of Trinity College Cambridge, Dame Sally chose to ‘address the UK’s engagement with health at a global level’. The report makes a series of recommendations in the areas of equity, sustainability and security to secure a prospering health system and population, both at home and around the world.

LSHTM’s work in disease outbreak response, health in humanitarian crises and mental health, as well as its role in developing the next generation of health professionals and leaders through its research and postgraduate education programmes, are all reflected in Dame Sally’s report.

It makes clear that by focusing purely on domestic health, we risk failing to control the shifting tide of global threats, highlighting that ‘Ebola, antimicrobial resistance, and widening health inequalities are already presenting significant challenges’.

In her opening summary Dame Sally says that the barriers stopping lower middle-income countries (LMIC) and researchers learning from the UK’s world-class universities must be broken down, highlighting LSHTM, with students and alumni represented from 180 countries around the world, as an example of the potential for global reach.

In 2016, the UK Public Health Rapid Support Team (UK-PHRST), a partnership between the London School of Hygiene & Tropical Medicine and Public Health England funded by the Department of Health and Social Care, was established. Led by Professor Daniel Bausch, the team supports countries to prevent disease outbreaks from becoming larger public health emergencies, conducts research on outbreak-prone diseases, and strengthens capacity building in LMICs. The report showcases the work of the team in supporting Nigeria in tackling Lassa Fever, a potentially fatal haemorrhagic fever.

A collection of letters from world health leaders and researchers outlining the challenges and opportunities that face our world today and the key role of the UK is also included.

Director of LSHTM’s Health in Humanitarian Crises Centre, Dr Karl Blanchet argues that the ‘UK has demonstrated strong commitment to humanitarian response through sustained funding and support to international relief agencies. It is now time for the UK to show leadership in global humanitarian response to champion evidence-based interventions, transparency and accountability’.

Correspondence by the Director-General of the World Health Organization and LSHTM alumnus Dr Tedros Adhanom Ghebreyesus, highlights LSHTM as an important driver of research in efforts to achieve Universal Health Coverage.

Honorary LSHTM Professor Vikram Patel and a leading global mental health researcher ‘asks for the ‘UK to build on its historic global leadership role in this sector to increase its development assistance and mobilise its partner countries’ and says ‘we need not only more investment but a fresh approach to transforming mental health globally’.

Professor Nick Thomson, from LSHTM and the Wellcome Sanger Institute, is part of an international partnership which responds to cholera outbreaks around the globe. In the report Prof Thomson explains how the team use genomics to trace the source and routes of transmission of microbes which can identify optimum treatment options, influence policy and monitor the risk of future outbreaks.