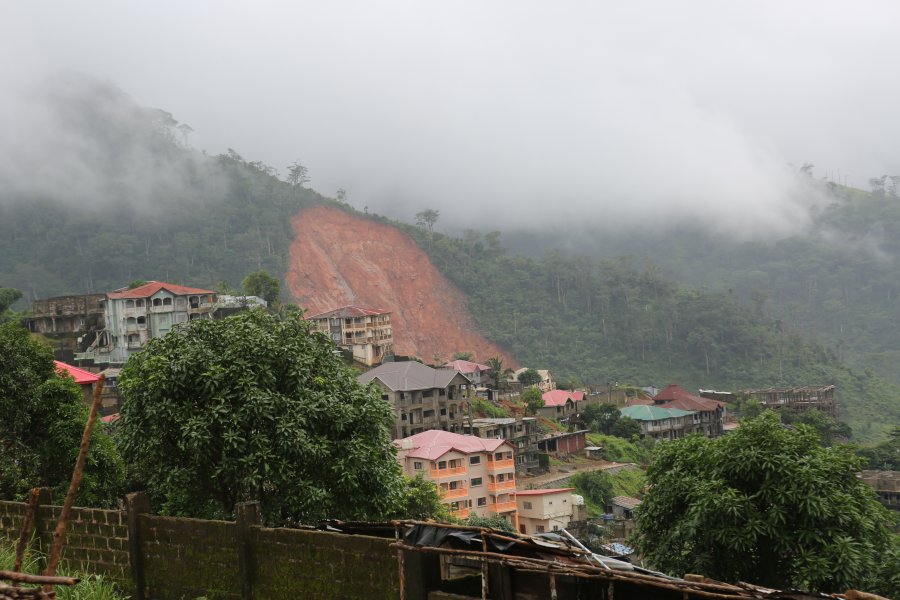 Following natural disasters, outbreaks of water-borne diseases such as cholera can occur, particularly where there is a lack of access to clean water and sanitation. Given the scale of the disaster in Freetown, the local capacity to detect and control a disease outbreak is limited and the Government of Sierra Leone has requested international support.

UK-PHRST is jointly run by the London School of Hygiene & Tropical Medicine and Public Health England, and is funded by the UK Government. It continually monitors infectious diseases and other hazards globally, identifying situations where the deployment of specialist expertise could prevent these threats from turning into a global outbreak.

The UK-PHRST team deployed to Sierra Leone includes experts in tracking the progress of an outbreak and diagnosing its cause, as well as a logistician. It will be working alongside Sierra Leone health system professionals and other experts in disaster relief to support the Sierra Leone Government’s response. As the UK-PHRST’s deployment progresses, it will continue to provide support and share expertise with our partners in Sierra Leone to strengthen the health system beyond the immediate response.

Professor Daniel Bausch, Director of the UK-PHRST, said: “Sierra Leone is working to stop a tragedy becoming a major public health issue. Our team of specialists will support its health professionals with enhanced surveillance for water-borne diseases, such as cholera, which often appear in the wake of extreme rainfall and flooding. The people of Sierra Leone have shown extraordinary resilience since the Ebola outbreak and we are working alongside them as we tackle this latest disaster together.”

The London School of Hygiene & Tropical Medicine is a world authority in public and global health research, and has been conducting Ebola vaccine trials in Sierra Leone since the outbreak of the virus in West Africa. One of its roles in the UK-PHRST is to lead on research outbreaks, both before they occur and during them, to ensure a strong and effective response. It also conducts training in the UK and low- and middle- income countries on field epidemiology and outbreak response, and supports health workers in vulnerable countries to be better able to respond to outbreaks themselves.

Professor Jimmy Whitworth, Deputy Director of the UK-PHRST, said: “The events in Sierra Leone are tragic and our thoughts are with those affected. A priority now is to support health authorities in protecting Freetown residents from deadly disease outbreaks that can stem from contaminated water, such as cholera. This type of incident is exactly why the UK Public Health Rapid Support Team was established - experts from the School and Public Health England working in tandem with countries to try to stop potential epidemics in their tracks.”

The UK Government has remained in Sierra Leone throughout the post-Ebola period, with Public Health England helping to strengthen health systems and further developing the ability to respond to such disasters and prevent outbreaks. Health Minister Philip Dunne said:

“This disaster is a tragedy for Sierra Leone and I am pleased our new rapid support team is helping to protect lives.

“In this first bilateral deployment our specialists will save lives on the ground working with local professionals to prevent disease outbreaks. By assisting to halt the spread of disease at the source, not only do we protect those in Sierra Leone but also citizens across the world, including the UK.”

“The UK stands by Sierra Leone in its time of need, stepping up with new emergency support to get food, water and medicine to people who have lost everything.

"British expertise is also leading the fight against global health threats ensuring that disease doesn't take hold in the aftermath of disasters.

"The Rapid Support Team is just one way we are helping ensure that countries and the international system are better prepared to effectively tackle the preventable and treatable diseases that still plague countless people today. This will build a safer and healthier world which benefits us all.”

UK-PHRST consists of public health experts, scientists, academics and clinicians ready to respond to urgent requests from countries around the world within 48 hours to support them in preventing or controlling local disease outbreaks as quickly as possible. It deploys on behalf of UK Government in response to requests from low- and middle-income countries, as well as with the WHO (World Health Organisation) and the Global Outbreak and Response Network (GOARN).

The UK-PHRST has previously deployed members to Ethiopia (outbreak of Acute Watery Diarrhoea) and Nigeria (Meningitis outbreak). These previous deployments were with GOARN.

As part of the initiative, the School is leading a consortium of research institutions which includes the University of Oxford and King's College London as academic partners.