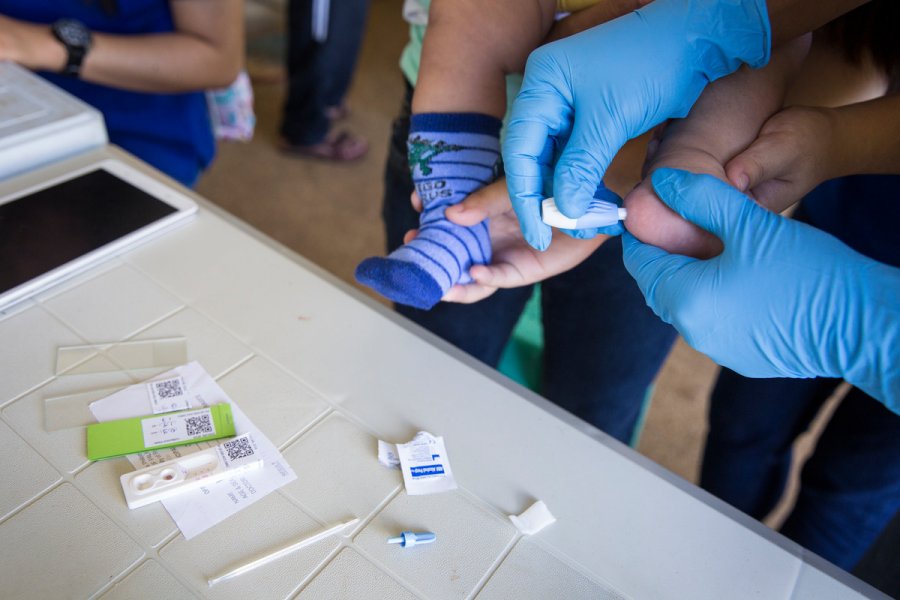 Rapid diagnostic tests (RDTs) for malaria are reducing overuse of malaria medications but may also produce a range of unintended results, according to a comprehensive new study published in the American Journal of Tropical Medicine and Hygiene.

Led by the London School of Hygiene & Tropical Medicine and funded by the Bill & Melinda Gates Foundation, the analysis of more than 500,000 patient visits across malaria-endemic regions of Africa and Afghanistan found that in most settings, introduction of RDTs improved antimalarial targeting, as intended. However, negative test results often prompted a shift to antibiotic prescriptions. Also concerning is that a substantial number of patients who tested positive for malaria appeared to go untreated.

Overall, the researchers found that RDTs are effective at limiting—though not eliminating—what had been a common practice: routinely prescribing powerful malaria medications known as artemisinin combination therapies (ACTs) to patients presenting with fever but without malaria, which could accelerate the emergence of ACT-resistant malaria.

Lead author Katia Bruxvoort, Assistant Professor of Epidemiology at the London School of Hygiene & Tropical Medicine, said: “We found that in many places a reduction in the use of ACTs was accompanied by an increase in the use of antibiotics, which may drive up the risk of antibiotic-resistant infections. We also don’t yet understand why some patients who tested positive for malaria were not treated with ACTs.

“A key challenge is that we don’t currently have a reliable way to determine which fevers are evidence of a bacterial infection that requires a specific antibiotic treatment and which fevers will resolve with supportive care only.”

The research team believe the shift to antibiotic use after ruling out malaria, which also was explored in a March report in The BMJ that included analysis of some of the same patient visits, may indicate that many providers and patients may be uncertain of how to manage non-malaria fevers. In many cases, the best approach is likely a fever-reducing drug (like ibuprofen or paracetamol) and drinking plenty of fluids – but in clinical settings with limited diagnostic tools, currently there is no good way to know which patients require antibiotics, and which can be sent home safely with supportive care only.

Bruxvoort and her colleagues analysed drug prescriptions written from 2007 to 2013 in 562,368 patient encounters documented in 10 related studies – eight from sub-Saharan Africa and two from Afghanistan – conducted by the ACT Consortium, a global research initiative investigating key issues around anti-malarial drugs.

Even more surprisingly, the scientists found that in five of the eight African studies included in the analysis, more than 20% of patients who tested positive for malaria were not prescribed ACTs

Katia Bruxvoort said: “Drug supply issues did not seem to be a problem in most of the areas where these patients sought treatment. There might be other reasons either patients or providers are not using ACTs in these contexts, but the issue of undertreating malaria, even when there is clear evidence of the disease, is troubling and deserves further study.”

Use of RDTs for malaria has soared since 2010 as officials from the World Health Organization have sought to reduce unnecessary prescriptions for ACTs, thought to be a major factor in the rise of drug-resistant malaria in South East Asia. In Africa, which accounts for the large majority of the world’s malaria infections, ACTs have been a major factor in the 60% drop in malaria deaths over the last 15 years. Experts fear those gains could be rapidly reversed if ACT-resistant malaria spreads across the continent.

Meanwhile, overuse of antibiotics is thought to be a major factor in the global rise of antibiotic-resistant infections that are becoming one of the world’s biggest public health challenges. A report last year commissioned by the United Kingdom estimated that 700,000 people die each year from infections caused by drug-resistant microbes.

ASTMH President Patricia F. Walker said: “In addition to the important concerns raised by this study, it demonstrates the value of researchers who carefully follow the real-world impact of malaria innovations like rapid diagnostic tests. The number of patient encounters documented here is extraordinary and provides an unvarnished assessment of why treating a patient who walks into a clinic with a fever remains a complex challenge.”