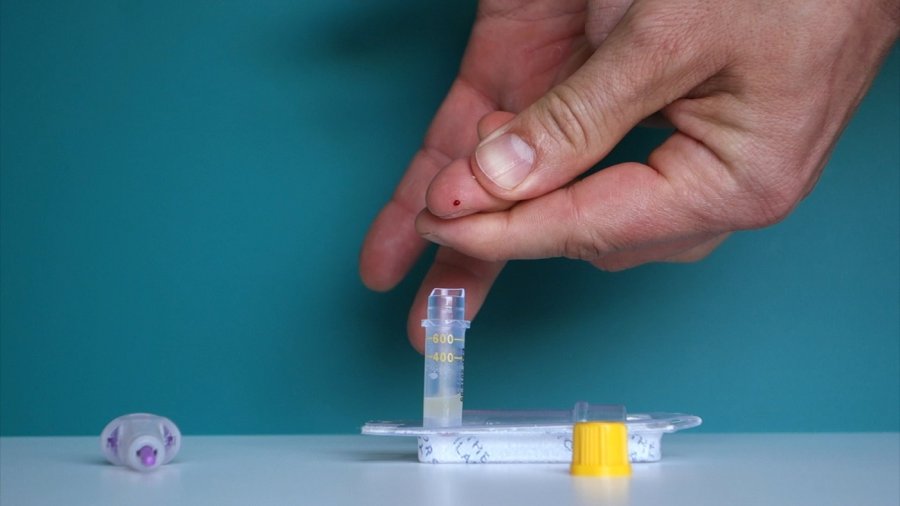 Providing internet-based testing for Sexually Transmitted Infections (STIs) could increase the number of people being tested for syphilis, HIV, chlamydia and gonorrhoea, including among high-risk groups, according to a new study published in PLOS Medicine.

The randomised controlled trial of more than 2,000 people in Lambeth and Southwark was led by the London School of Hygiene & Tropical Medicine and King’s College London, in partnership with SH:24, a digital sexual health service.

The researchers say e-STI testing should be considered as a complement to existing services, and as an effective measure to increase uptake of STI testing. However, further studies are needed to evaluate the impact of e-STI testing on treatment and health outcomes.

STIs remain a global public health concern, with an estimated 357 million new infections of curable STIs (chlamydia, gonorrhoea, syphilis and trichomoniasis) each year. In England there were more than 400,000 new diagnoses of STIs, and 5,684 new cases of HIV, in 2015.

In 2016 there were more than 100,000 new STIs diagnosed in London residents and London accounted for almost half of new HIV diagnoses in the UK in 2015. The burden of infection is disproportionately high among young adults (under 25 years), black and minority ethnic (BME) groups and men who have sex with men (MSM).

Left undiagnosed and untreated, STIs such as chlamydia and gonorrhoea can increase the risk of HIV transmission and cause a range of health issues including subfertility and ectopic pregnancy.  Low rates of HIV testing contribute to late diagnosis and poorer health outcomes.

First author Emma Wilson from the London School of Hygiene & Tropical Medicine said: “E-STI testing is currently being implemented in the UK as one measure to meet increasing demand for STI testing, but there is surprisingly little evidence on whether it successfully encourages uptake. Our study, the first of its kind, aimed to investigate the effectiveness of e-STI testing for syphilis, HIV, chlamydia and gonorrhoea.”

In the trial participants were randomly allocated to receive one of two text messages. The control group was sent a text message with a link listing the locations, contact details and websites of seven local sexual health clinics. The intervention group received a message linking them to the e-STI testing and results service, SH:24.

The group given details of SH:24 was offered postal self-sampling test kits for chlamydia, gonorrhoea, HIV and syphilis, and when returned, were given results via text message or telephone and provided with online information about safe sex and sexual health. Participants were free to use any other services or interventions during the study period.

Joint senior investigator Dr Caroline Free from the London School of Hygiene & Tropical Medicine said: “Sexual health clinics play an important role in community health but some people may find them inconvenient or stigmatising, which can stop them attending. More long-term monitoring and evaluation of e-STI testing services is needed, but our study showed that when e-STI testing was made available alongside face-to-face services, the number of people getting tested for STIs nearly doubled.”

Researchers found that participants diagnosed using e-STI testing, and who needed follow-up treatment in clinic, did not have any reduction in treatment time, compared to those who had first attended a face-to-face appointment.  Service innovations, such as e-treatment and postal treatment, may help improve treatment rates for people diagnosed with STIs online.

Joint senior investigator Dr Paula Baraitser from Kings College London, said: “Although the intervention group were given information to access an e-STI service, some of them chose to use face-to-face services instead of e-STI testing. Therefore it is important that both online and clinical based services are available to meet the differing needs of people.

“As sexual health services develop we would like to see further work aligning online and clinic based services.  Going forward we advise joint commissioning of these different modalities of care to ensure that users are able to move easily from one to another according to their health care needs, allowing continuity of care.”

The authors acknowledge the limitations of the study, including that they were unable to recruit the target of 3,000 participants, meaning they were unable to detect differences in STI diagnoses and STI cases treated. It is also likely that those who registered for the study already had a greater interest in STI testing, compared to those who declined.