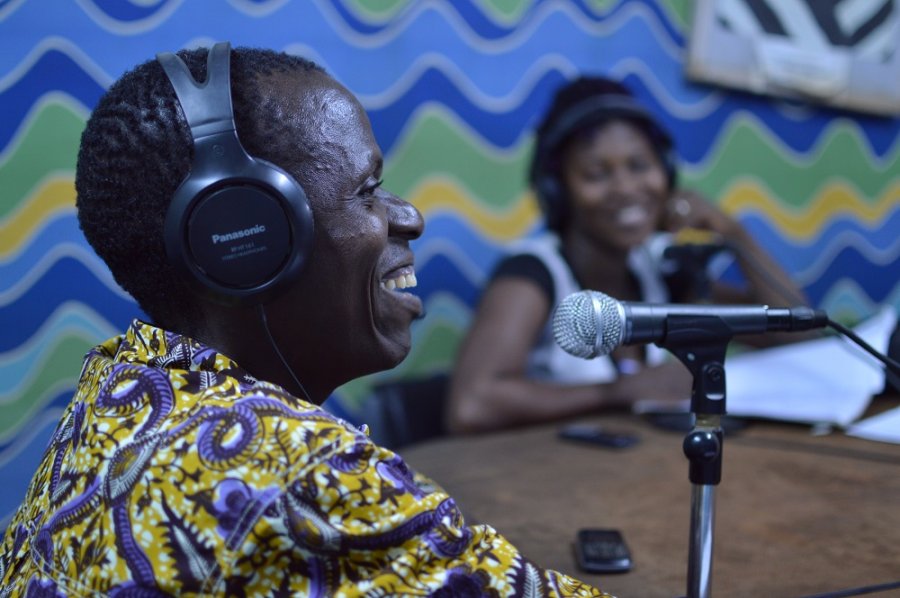 Mass radio campaigns in low-income countries encouraging prompt care-seeking could be a catalyst for more young children to receive treatment for three deadly diseases, potentially saving thousands of lives, according to new research published in the BMJ GH.

An accompanying BMJ GH paper suggests this type of intervention could be one of the most cost-effective ways to improve child health in low and middle-income countries. The studies were led by the London School of Hygiene & Tropical Medicine in conjunction with Development Media International.

The researchers also estimated that the number of under-five lives saved in the intervention zones was nearly 3,000.

The campaign used the ‘Saturation+’ methodology’ which is based on the premise of intensive radio transmissions over an extended period of time in order to promote behaviour change in a population. The campaign was broadcast on seven radio stations (with a radius of approximately 50km) while seven other radio station areas acted as control zones.

Routine data from health facilities was analysed for evidence of changes in treatment-seeking. The researchers found a significant increase in the adoption of life-saving behaviour in areas where the radio campaign was broadcast over the three year trial period, apart from pneumonia in the final year.

Professor Simon Cousens from the London School of Hygiene & Tropical Medicine led the evaluation. He said: “Pneumonia, malaria, and diarrhoea are the three of the biggest killers of children in Sub-Saharan Africa. Ensuring that these children get appropriate treatment is a global priority. This research provides evidence that mass media has an important role to play in persuading parents to seek life-saving treatment for children.”

The number of cases analysed was very large, particularly for malaria (rising to 12,000+ per month during the peak season) and pneumonia (peaking at 4,000 per month). Diarrhoea cases peaked at around 900 per month. Overall, data from over 1.1 million consultations and deliveries were evaluated.

There was no intervention effect for any illnesses for which there was no campaigning, such as upper respiratory infections (coughs and colds). An estimated mortality reduction of 9.7% in year one, 5.7% in year two and 5.5% in year three was achieved, when modelled with the Lives Saved Tool** which translates into about 3,000 lives potentially saved as a result of the campaign.

The second paper, authored by LSHTM economists, uses the mortality predictions for Burkina Faso and other countries to calculate the cost-effectiveness of these interventions. Using Disability-Adjusted Life Years (DALYs) as the metric (equivalent to the cost of one year of healthy life added), the results show that mass media campaigns based on Saturation+ principles are among the most cost-effective methods available for saving children’s lives.

According to the recently published Disease Control Priorities Project, Third Edition (the authoritative source for cost-effectiveness comparisons)1, the costs per DALY for reproductive, mother and child health interventions ranges from $2900 down to $5. The costs per DALY of $7-$27 predicted for this intervention are therefore comparable to the most cost-effective interventions available. Only one intervention (treatment with severe malaria with artesunate) is less expensive than the $7-$27 predicted here.

Roy Head of DMI who designed and led the study in partnership with LSHTM says: “What this study shows is that using mass media to drive people to health centres is actually more cost-effective than almost anything on earth in terms of saving children’s lives. And that makes sense – it reaches millions of people at a time – but this is the first time it has been shown in a scientific trial.”

Mary de Silva of the Wellcome Trust who funded the study added: “In a ground-breaking partnership, this research brings together the worlds of mass media and epidemiology. This was a very ambitious study, and it’s exciting to see a positive and significant impact on life-saving behaviours.”