Staying ahead of the curve: Innovation and education with a global view

London School of Hygiene & Tropical Medicine https://lshtm.ac.uk/themes/custom/lshtm/images/lshtm-logo-black.png Monday 17 September 2018
London School of Hygiene & Tropical Medicine (LSHTM) Director, Professor Peter Piot, reflects on the past year and looks ahead to the challenges, opportunities and priorities for the organisation at the start of the academic year. 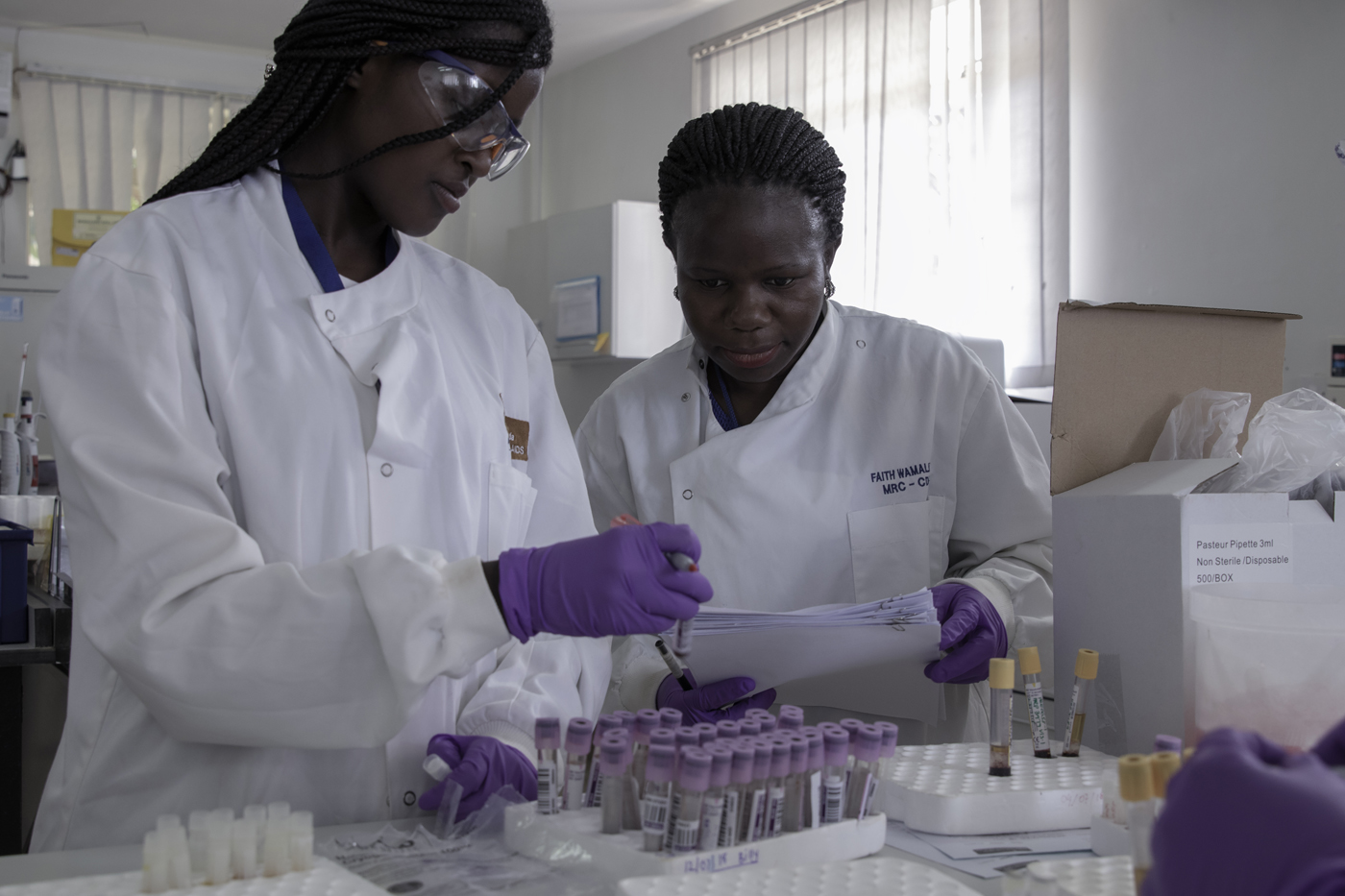 This year we sadly lost many esteemed colleagues and friends. Basia Zaba, LSHTM Professor of Medical Demography and HIV activist; Stanley Falkow, Stanford microbiologist and my most important mentor in science; Adel Mahmoud, former head of vaccines at Merck and one of our most famous alumni; Bongani Mayosi, Dean of the Faculty of Health Sciences at the University of Cape Town and renowned cardiologist with whom I worked on The Lancet Commission on health in Africa; and Kofi Annan, former UN Secretary General, and Global Health leader, to whom I reported directly for 10 years.

Paradoxically, death always forces us to think about life, about the human condition, about ourselves in a society that has all but sanitised death. My central thesis of the “What Makes Us Human?” essay that I read on BBC Radio 2 in April was that being human is about living with complexity, and about managing our own internal contradictions. The tension generated by these contradictions can result in great creativity, generosity, caring for others we don’t even know, but also in following totalitarian ideologies, racism, suicide and the rejection of dialogue. The numerous combinations of and influences on our own contradictions make each of us totally unique.

The Israeli historian Yuval Harari states in his book “Sapiens – a brief history of humankind” that such cognitive dissonance of holding contradictory beliefs and being riven by incompatible values can be morally wrong, but in fact is vital asset of our species. Had people been unable to hold contradictory beliefs and values, it would probably have been impossible to establish and maintain any human culture.

Our School is no exception to the rule of living with our internal contradictions, contradictions that we may not even see. For example that we are overall quite progressive, but at the same time often conservative when it comes to any internal change. That is perfectly normal as long as we use the tension between the precious freedom of academic employment and equality for all, for the greater good of our community and for furthering our mission.

The times they are a-changin’

It can be hard to be optimistic about what is going on in the world and I won’t discuss this in detail, but I must mention three key challenges that lie ahead.

First, Brexit is looming. In whatever form it takes, and despite mounting evidence that it will damage so many of the things that make it so great to live in the UK, and why I immigrated here, we must all plan for the worst case scenario.

Secondly, scientific evidence as one of the foundations for policy is increasingly under attack, not just by Donald Trump, but also look at Australia. A few weeks ago, Prime Minister Turnbull was ousted for a very modest effort to reduce energy emissions. This when the Great Barrier Reef is dying amid rising ocean temperatures, hundreds of bush fires are blazing and animals are dying because of the extreme drought and temperatures. What more does it take? This is not about evidence, but about greed and ideology.

One welcome exception is the landmark decision of India’s Supreme Court on Section 377, striking down a law introduced by the Victorian Empire in 1860 that criminalized gay intercourse. It took 17 years to come to this judgement! Since 2001 Naz Foundation have been campaigning to abolish this injustice. This is a major victory for human rights.

Thirdly, while having the potential to benefit the greater good, through their algorithms and protection of anonymity social media are amplifying controversial and extreme views or unlikely facts. They have contributed to violence against the Rohingya in Myanmar, to myths about Brexit, to false information against vaccines, and to hate crimes. They offer malicious actors and people who enjoy spreading rumours unlimited reach on a highly efficient platform, to express people’s darkest impulses. As a former executive of Facebook, said “we have created tools that are ripping apart the social fabric of how society works”.

But as always, as well as challenges there are also many opportunities. Let me mention three directly affecting LSHTM:

First, this month the UN General Assembly is hosting a high-level meeting on tuberculosis, and I am proud that our TB Centre has been very actively engaged in this. I also hope that the result will not be just a call for more money to do more of the same. The least one can say is that despite the availability of a cure for over 60 years, TB control has not been a success, not just because of under investment, but most likely also because of ineffective strategies.

Secondly, the new leadership at the World Health Organization (WHO) is also a source of hope for health in the world. An important reform that the new Director General has introduced is to design the budget around impact on health, and no longer just on outputs - such as number of meetings and reports - as has been the case until now. I am chairing a group advising Dr Tedros on strategy and how to measure such impact. When he visited us at LSHTM right after his election, Dr Tedros asked for support from his alma mater and for ideas to improve the work of WHO. Let us follow up whenever we can.

Finally, the Government’s commitment to spend 0.7% of our GDP on Official Development Assistance (ODA) remains firm, even if it is under regular attack in some media. ODA funded research such as through the Global Challenges Research Fund, National Institute for Health Research and Newton calls should remain a major source of support for our work. As Chair of the SCOR Board, I am committed to not only optimizing coherence among the various funding streams, but also working towards ensuring sustainability of these precious initiatives.

Turning to our School, the most significant development of the year, if not of many decades, has been the incorporation of the two African MRC Units. We must now ensure that the Units can further flourish as African institutions while capitalising on being part of a global network.

Our recruitment drive has been very successful and we have a number of new scientists joining us including Professors Beate Kampmann, Serge Mostowy, Kat Holt, Carl May and Ellen Nolte. The new Centre on Applied Genomics and the UK Public Health Rapid Support Team are thriving, and I am very pleased that the Department of Health continues to support several Policy Research Units. In November, staff will move into our new laboratories as part of the much needed renovation of this building, and we will start the construction of a new building in Tavistock Place to accommodate our greatly increased staff and students.

Priorities for the year ahead

Looking ahead, I’d like to highlight three key themes: Globalisation, innovation and education.

Until last year, we were clearly the former. As of February this year, the nature of our School has fundamentally changed and we are becoming a global institution. The main implication is that as an institution we must take a global view in everything we do, including considering colleagues working in other locations than our own, be it for our research, teaching, management support, leadership or policy work. These are formidable opportunities to increase our impact to health worldwide. There are of course some risks, such as undermining the local specificity of each centre, but we have no intention to take away their African embedment.

The slowing down of improvements in life expectancy here in the UK is an indicator of profound problems affecting people’s health and should also be a concern for our research and policy work.

Being a truly global institution will make us unique in the public health and global health field.

As an organisation, there is more we could be doing in terms of innovation and entrepreneurship. I was recently in San Francisco and Silicon Valley to explore philanthropic opportunities. I can’t say I liked everything I saw, particularly not the hundreds of homeless people in one of the richest cities on earth, but what I certainly liked was the formidable energy and openness for trying out new ideas, and all this supported by seemingly unlimited financing.

This is not just about business, as it can be for profit or a social enterprise or a public sector activity. It is about applying new ideas, new tools, that are disruptive in the sense that they overhaul the current way of working and create possibilities that didn’t exist before – think of the mobile phone revolution.

We don’t have to go to Silicon Valley to find examples. Perhaps the greatest disruptive innovation that our School has given the world was the randomised control methodology over half a century ago. And today we have quite a bit of innovation going on, with examples including:

Why do I believe this is important? Not because I am a techie or that I think technology will solve the world problems, but because innovation should enable us to better reach those in need and particularly to leapfrog access to services where human resources are insufficient. So, let us make sure we are not addressing today’s and tomorrow’s problems with yesterday’s approaches.

We must cherish excellence and innovation in education as much as in our science, in order to stay ahead of the curve. A focus over the next year is to streamline processes in our teaching programmes, and to speed up and improve transparency of decision making. We are currently providing just under £915,000 for various studentships this academic year. This is a clear indication of our commitment to supporting students.

One priority this year will be to launch a successful Doctoral College to provide cross faculty support to strengthen the experience of PhD candidates, create a doctoral community across LSHTM and increase external funding for PhD candidates. This will also include a new PhD by prior publication and our first joint PhD programme with Nagasaki University which has already attracted excellent candidates. A second priority in education will be a greater focus on the provision of our Distance Learning programmes to take advantage of new learning technologies.

In addition to these three broad areas, we will prepare for the REF submission, continue the renovation of Keppel Street, and start building works at Tavistock Place. I also hope that we can soon launch a new centre on climate change and health or planetary health, as there are few issues that represent such a fundamental threat to health and to our future.

In conclusion, our School remains a fascinating and unique community and our work ahead is clear and much needed.

As Sir Michaels Hintze, the British/Australian philanthropist said on how he is running his investment company; “true Alpha lies in insight and the only way to create insight from knowledge is through imagination. For that imagination to be effective you need context and deep analysis”. For me this captures the essence of how we should work to further health equity; analysis, context, imagination and I would add commitment.