Looking forward – why we need a ‘new face for leprosy’

London School of Hygiene & Tropical Medicine https://lshtm.ac.uk/themes/custom/lshtm/images/lshtm-logo-black.png Friday 1 February 2019
What image does leprosy conjure up in your mind? Depictions of the disease on TV, film and the internet which paint a fantasy picture of all leprosy patients being severely disfigured, could perhaps be a driving factor behind the perception. The reality, however, is far different. 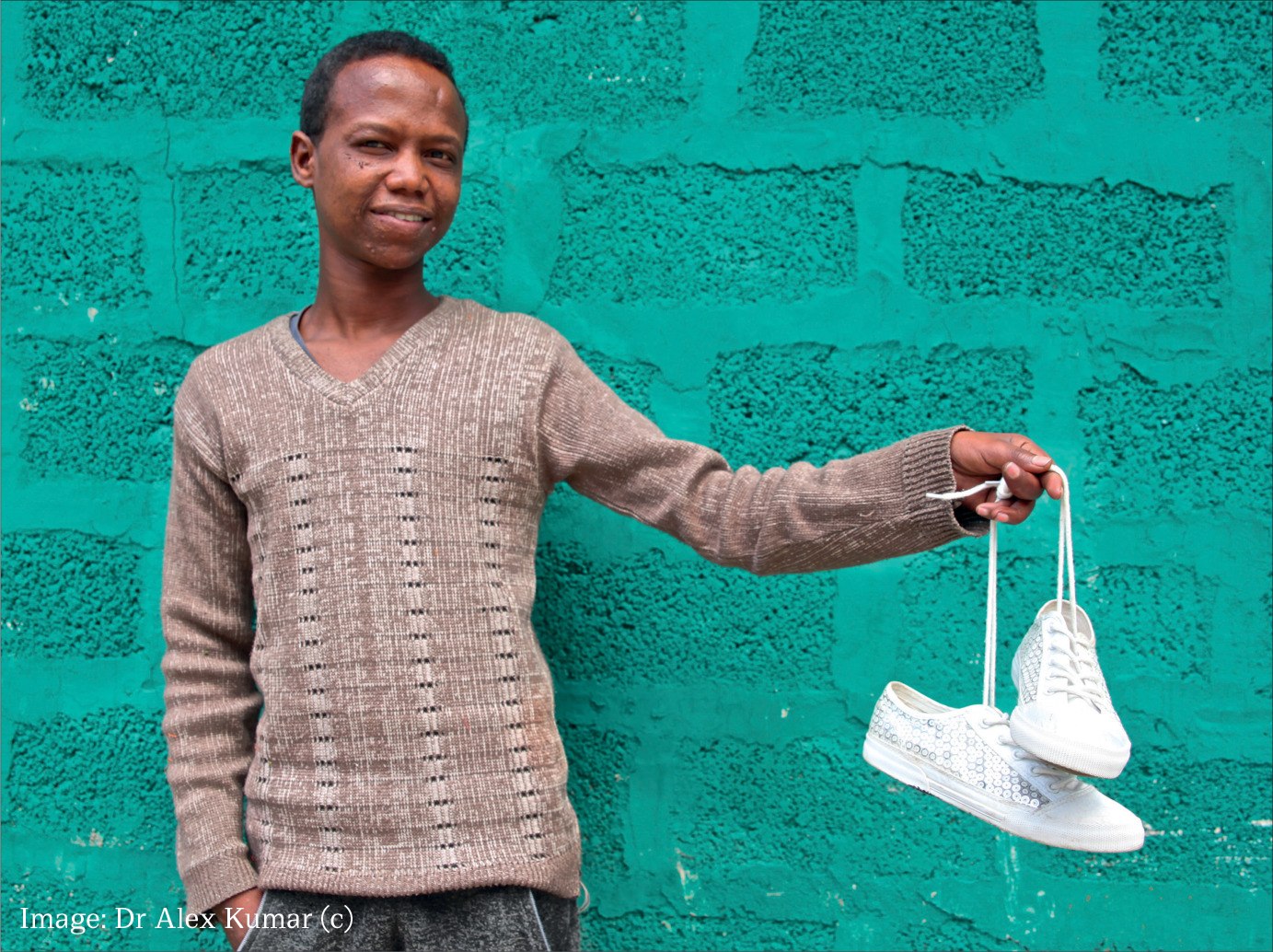 As a doctor, I work with newly diagnosed leprosy patients who go online and find images of people with severe consequences of disease. Part of my job is to reassure them that leprosy is now a 21st century curable disease, not the ancient stigmatising disease it once was.

Leprosy infection is curable with six or 12 month courses of antibiotics depending on the type of leprosy that you have. The antibiotics are provided free of cost (through the Novartis foundation) by the World Health Organization to national leprosy programmes.  Leprosy is only mildly infectious and not transmitted by touch or sex. However, the disease remains a serious global health problem with about 210,000 new cases diagnosed annually.

Many of the medical and fundraising articles about leprosy include images that show the extreme aspects associated with the disease, leading patients having to overcome challenges, including stigma. And they do…indeed they go to develop lives and successful careers.

Developing a more positive image of leprosy in which patients are not stigmatised by their disease and regard it as a treatable infection is therefore incredibly important, something which an innovative new study aimed to address.

Conducted in Ethiopia, the ‘New Face of Leprosy Project’ was carried out by myself, doctor and award winning health photographer Alex Kumar, and clinician Saba Lambert, supported by the London School of Hygiene & Tropical Medicine’s Public Engagement Small Grants Scheme.

In October 2018, we photographed and interviewed 18 patients in Addis Ababa, living around the main leprosy referral hospital. We were privileged to hear their moving stories highlighting the many setbacks they had faced.

Important themes emerged including the strength of traditional beliefs when medical problems develop; the delay in diagnosis despite patients seeing many doctors, and the challenge of leaving their rural homes to come to Addis Ababa.

Several emphasised the importance of taking the anti-leprosy drugs correctly because they had problems themselves. Others needed to be on steroids for years to treat the immune-mediated reactions that complicate leprosy.  Many experienced partners leaving them and then found new partners who accepted their diagnosis. Two men had attempted suicide. One man was deported from Kuwait.

Most wanted to give new patients hope.

Working, feeling independent financially and having a family were the things that made most of the interviewees feel strong and integrated.

We believe this is a unique, patient-centered and positive way to document leprosy which we will expand to other countries. Crucially, we have the support of many different agencies working on different aspect of stigma, from the global leprosy programme at WHO to the consortium of anti-leprosy agencies, as well as many other leprosy NGOs.

Through positive images, stronger messages about the curability of the disease and close collaboration, we can break down the stigma associated with leprosy.

New Face of Leprosy will be launched at the Ethiopian World Leprosy Day in Gondar, Ethiopia, on Feb 2 2019. The project will also be exhibited in London and at the next International Leprosy conference in Manila.

Find out more about the project in the Lancet.

Saba Lambert, Leprosy clinician based in Ethiopia, at the All Africa Leprosy Tuberculosis research and Training Centre.