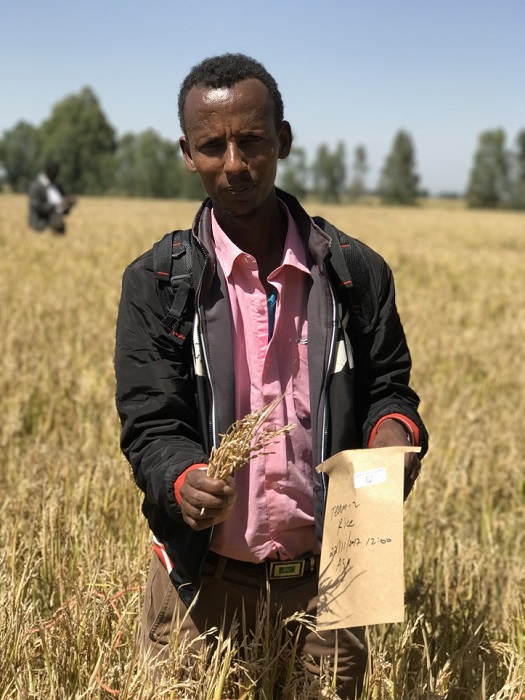 In 19th century England, goitres – or swollen thyroid glands – were prevalent in Derbyshire and the condition became known as ‘Derbyshire neck’. Goitres are disfiguring and can impede breathing; more significantly, a poorly functioning thyroid can lead to severely stunted physical and mental growth. In 1886, Dr William Webb noted that goitres were mainly found “in women belonging to the working classes”, but the local environmental causes were not understood. Prevalence was gradually declining, and this, he noted, was probably due to “better wages…and more nutritious food”, and perhaps due to new railway connections which allowed people and food to move around.

Aided by geological maps, scientists found that areas with goitre problems – including Derbyshire – overlayed areas of limestone (Berry 1891; Stocks 1927). Soils derived from limestone, and subsequently crops grown on them, have very low concentrations of mobile iodine. So populations living in limestone areas were likely to become iodine deficient, particularly when their foods were sourced very locally, and this caused the thyroid problems.

Derbyshire neck is rare in the UK today although mild iodine deficiency is still a public health concern. Globally, micronutrient deficiencies (MNDs) such as iodine, zinc, selenium and vitamin A remain a huge problem affecting around two billion people. MNDs pose a serious risk to human health. Zinc deficiency in children increases risks of infection and stunting (low height for age), while adequate dietary selenium is essential for a healthy immune system and thyroid function.

The prevalence of MNDs is particularly high among poor and rural populations in sub-Saharan Africa. Causes include a lack of access to diverse diets and nutrient losses following infection. Soil factors are also important – the selenium status of women in Malawi is strongly determined by the soil on which they live and source their food.

Soils are highly varied and, given their wide-ranging physical and chemical properties, it’s not surprising that different soils produce crops with different nutritional content. Understanding the nutrient dynamics in soils can help us understand where and why populations are suffering from MNDs. Furthermore, managing the nutrient dynamics in soils may offer a route to improving micronutrient intakes.

The London School of Hygiene & Tropical Medicine is embarking on an exciting 4-year project called GeoNutrition. Led by the University of Nottingham in partnership with LSHTM, Addis Ababa University, Lilongwe University of Agriculture and Natural Resources, Rothamsted Research and CIMMYT, the project involves a multidisciplinary team of researchers working in agriculture, nutrition, socio-economics, geography and ethics, and seeks to improve baseline evidence on the prevalence and causes of MNDs in Ethiopia and Malawi.

Work is underway to collect soil and crop samples and map the entry of micronutrients into the food system. The team will also test biofortification – a promising strategy pioneered by HarvestPlus to improve the micronutrient content of crops through conventional crop breeding and application of micronutrient-containing fertilisers.

Micronutrient-enriched fertilizers are routinely used in Finland to improve the nutritional quality of food crops, but this strategy is not yet practiced in Africa, even though soils in southern and eastern Africa are typically much older and more weathered than most soils in Europe and North America, often lacking sufficient micronutrients to keep our crops, livestock and people healthy.

In rural Ethiopia and Malawi communities are hard to reach with supplementation and food fortification programmes. Therefore, interventions that act through agriculture are likely to play an important role in improving nutrition among many rural and marginalised groups.