London School of Hygiene & Tropical Medicine https://lshtm.ac.uk/themes/custom/lshtm/images/lshtm-logo-black.png Wednesday 4 September 2019
Gillian McKay is a 2016 Pierre Elliott Trudeau Foundation Scholar. From January to May 2019, Gillian was on leave from her programme to support the World Health Organization (WHO) in the fight against an outbreak of Ebola virus in the Democratic Republic of the Congo. She reflects on her time there in this first-hand account. 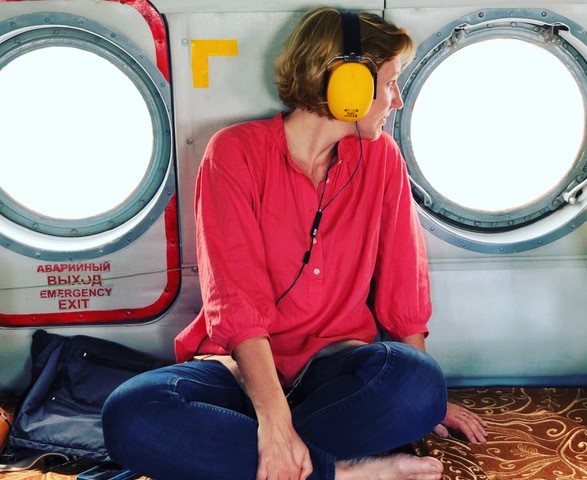 People always ask me when I’m deploying out to Ebola outbreaks, “Aren’t you scared?” and the answer is usually, “No, not really, I’m pretty good at this”. Which I know must sound a bit strange: it’s odd to be good at a viral haemorrhagic fever. But after working for nine months on the big West African outbreak back in 2014 and 2015, and then doing my doctoral study on reproductive health during outbreaks of Ebola, it’s now very much my speciality. So, when I was asked to go to the Democratic Republic of the Congo with the WHO to support the infection prevention and control team in the current Ebola outbreak, I thought I was right in my zone. Turns out, there is so little about stopping Ebola that is about technical solutions. It is almost entirely about local contextual factors, and I found the learning curve very steep given the unique circumstances of this outbreak.

The current outbreak is happening mostly in North-Kivu, an area of the DRC that has been experiencing conflict for more than 20 years. There are more than 100 armed groups, a deep mistrust of the Congolese government, and poor health infrastructure. Put together, these elements make fighting an outbreak of a deadly disease incredibly difficult.

We have new innovations that we didn’t have during the West Africa outbreak, including a very effective vaccine and experimental treatments to improve survival among those who have the disease. But these tools are only useful when the responders can access the people in need, and when sick people have enough confidence in the response and the health system to seek care. In a conflict-affected setting with a population that has been highly marginalized for years, neither of these things are guaranteed. A quote in a recent Médecins Sans Frontières (Doctors Without Borders) report explains why it’s so hard to gain the trust and engagement of the local population for Ebola response activities:

To try and build some trust between response workers and the community, one of my first tasks in the DRC was to conduct a small study through a series of discussions on how the response is impacting health workers, as well as the community. The results were both surprising and unsurprising. I hadn’t anticipated how scared and alone the health workers were feeling. They told me that they often feel like the enemy of the people, because if someone comes to their facility with symptoms that could suggest Ebola (i.e. fever, vomiting, fatigue) they have to call the case investigation teams to come and assess whether the person in fact has Ebola. After doing this, the health workers can be threatened or attacked by local people, in retaliation for “collaborating” with the response.

Community members reported that they feel that health facilities are places where you’ll catch Ebola, because they often have stock outs of essential items such as gloves, and many don’t have running water. Another common complaint is that the response, including big SUVs and large numbers of outsiders is too loud and disruptive, and why can’t Ebola be more discreetly managed?

The findings from this research were integrated into the infection prevention and control efforts, and to the wider response overall. Over the last few months there has been a concerted effort by the Ministry of Health and all the organizations to make the response more appropriate to the local context, instead of trying to make the population accept the response’s interventions. This is a significant shift in approach, making it much more community-driven, responding to the identified needs of the affected population across health, security and economy, and not focused uniquely on Ebola. In my view this is likely to be much more effective, as my colleagues and I discuss in this recent article.

Reflecting back, I think I was probably a bit overconfident before deploying. I know Ebola. I even know unsecure environments. But the two together represented an entirely new situation for me (and for everyone in this response, as this is the first time the international Public Health community has seen Ebola in a conflict setting). In addition, I was unfamiliar with the DRC. I found that while I was able to bring some of my West Africa experience to the table, especially as I advocated for the maintenance of reproductive health services in such emergencies, on the whole I had to be humble and learn from those already there, from community members, frontline health staff and Ebola responders (the vast majority of whom are Congolese or from Francophone Africa). I’m very grateful that I was able to take the time to participate in this response, and my heart is with the brave and dedicated people who are working out there every day, striving to end transmission of this terrible disease.

The WHO declared the DRC Ebola outbreak a Public Health Emergency of International Concern on July 17, 2019. As of August 29th, there have been more than 3004 cases and 2006 deaths.

This piece was originally published by the Pierre Elliott Trudeau Foundation on World Humanitarian Day, 19 August 2019.