“Hi, I thought that you all would be interest in this. It is a bit close for comfort. We all need to be alert to the possibility of seeing something here.” 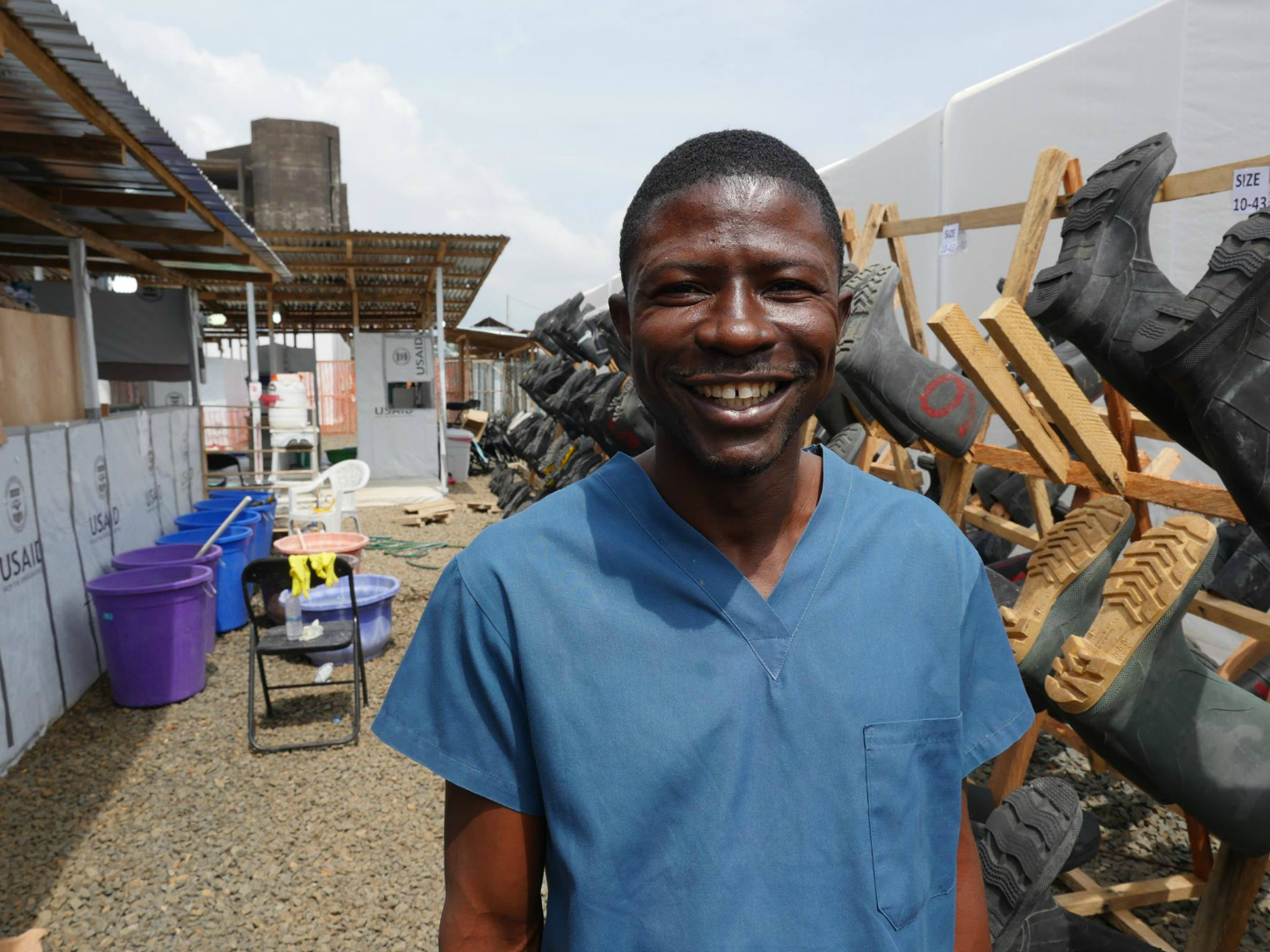 With this short message on March 22, 2014, the missionary doctor in the small hospital where I worked part-time informed the medical team of eight about the outbreak of a strange and deadly disease in a village in Guinea, just across the border from Liberia.

Many people doubted it was Ebola because no case of the contagious and deadly disease had been diagnosed in this part of Africa. Conspiracies and rumors spread like wildfire. No one here knew what it was; they had never seen a case before, and didn’t know how it was transmitted, what the risk factors are, or what precautions to take.

Soon, in June 2014, Ebola patients visited Redemptions Hospital – the other facility where I worked – without being detected. It was the death of an emergency room nurse that increased the panic and fear here. The hospital staff departed in droves and relatives took away their patients. Over the weeks that followed, thirteen of the staff in this one hospital alone became symptomatic, as well as some of their relatives.

This hospital was already heavily challenged before the outbreak occurred. There was no running water, no IPC services, and no triage and isolation capacity. Essential medicines, diagnostics and supplies were in short supply. Despite all this, patient numbers exceeded our intake capacity and services. The large numbers of patients in comparison to other hospitals were mainly because our services were free of charge.

The entire health system was similarly weak when this happened. Surveillance was non-existent, with no standardised guidelines for data collection and outbreak management. There were inadequate numbers of skilled health workers, and the motivation of the small and heavily-worked health workforce was at an all-time low. After all, meagre salaries were not paid on time, thousands of health workers were unknown to the system, and working conditions were poor. There was constant danger of infection everywhere. Health workers were even more affected than the patients and families they served.

Within days, the outbreak spread across Monrovia, a city of more than one million people, and the country. The burial teams could not cope. Hundreds were dying each week and it seemed there was no end in sight. But transition to cremation of the dead in this burial-only culture and use of isolation units that give no access to family members increased community resistance.

The country came to a halt; business and schools closed, flights were grounded, developmental projects collapsed, and health facilities remained open without care as health workers left. A health emergency of international concern was declared. This lack of readiness of the health system was the launching pad for the massive spread of the outbreak. It felt like a full-scale war was ongoing. Communities were angry at the failed health system and sometimes responded violently to the response team.

A few hours of training was all that was available. Free online short courses, such as the London School of Hygiene & Tropical Medicine’s Ebola in Context: Understanding Transmission, Response and Control, created important resources for additional knowledge. Within hours of setting up a temporary isolation capacity in an abandoned cholera ward, long queues of sick people and ambulances overfilled with patients were buzzing outside. We set out on the daunting task of working under dire conditions to provide basic supportive care.

Eventually the response and its coordination improved. This meant working with communities to enhance knowledge and ensure prevention of transmission, and to promote case reporting, contact tracing and community support to families under quarantine. On a national level, isolation and diagnostic capacity and epi-surveillance were expanded. Environmentalists, engineers, social workers and management consultants were recruited.

In the end, thousands of health workers received short training on Ebola case management conducted by the World Health Organisation. The experience was life-saving: the health workers’ infections ended, confidence among staff increased and the quality of health care provided doubled. Within weeks, the numbers of cases came tumbling down and over several months the outbreak ended – although not before 28,625 cases and more than 11,000 deaths had occurred across West Africa.

The outbreak demonstrated that health systems needed to be prepared in advance to respond to emergency without shock to the health system. Training health workers is key for an effective response to infectious disease outbreaks and post-outbreak health system audit and strengthening.