Martin did his PhD in the laboratory of Prof.Michael Miles at the LSHTM on the trypanothione reductase of Leishmania donovani. He then spent three years as a post-doc in Prof. Piet Borst's lab at the Netherlands Cancer Institute where he worked on antigenic variation and technology development in African trypanosomes. He returned to the LSHTM in 1995 to join Dr John Kelly's group working on the American trypanosome, Trypanosoma cruzi.

Martin is the organiser for Module 3131 Molecular Biology and Recombinant DNA Techniques.

He lectures on general control of gene expression, RNA interference/CRISPR (biology and technology), Cell biology of invasion and immune evasion by T. cruzi and Leishmania, Trypanosomatid molecular biology, the immunology of African and American Trypanosomiases, and the use of imaging technology in biomedical research.

He also supervises MSc projects and PhD students and is a tutor/project supervisor on the Distance Learning Infectious Diseases MSc.

Martin's main interest is in the interaction of trypanosomes with the mammalian host, including the acquisition of essential micronutrients such as vitamins and minerals. He is currently investigating micronutrient salvage pathways and iron utiisation in T. brucei and T. cruzi.

He is also investigating the local immunological response to infected cells in the chronic stage of T. cruzi infection in the mouse model using dual reporter parasite lines. He is particularly interested in immune evasion in Chagas disease and the role of the immune system in disease pathogenesis.

He is  involved in the creation of models for drug development in Stage II African trypanosomiasis, Chagas disease and Leishmaniasis. This has involved the engineering of parasite lines expressing very high levels of firefly luciferase. Use of  red-shifted luciferase has led to a highly sensitive infection model which is being used to streamline in vivo drug development for these neglected tropical diseases. He has developed a combined bioluminescence/fluorescence model for investigating the pathogenesis and immunology of Chagas disease which allows the investigation of host-parasite interactions within the chronic stage. He is currently extending this system to Leishmaniasis (both visceral and cutaneous forms). 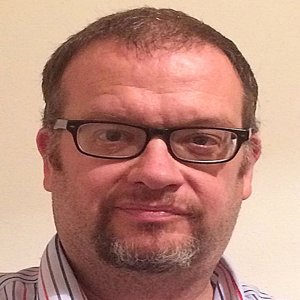